Following the end of the ArtWorks initiative, Paul Hamlyn Foundation (PHF) has continued to fund a range of activity to explore how artists could be better supported in developing their practice in participatory settings. In 2013, as part of the initiative, PHF funded seven projects through small development grants; in 2015 PHF decided to fund a further group of six projects, all with activity taking place between July 2015 and March 2016 (and some with activity continuing beyond this time). Each of the projects has received between £3,200 and £3,500. In addition, Creative Scotland funded a project which had applied through the PHF funding process, at a similar amount.

The projects largely focus on one or two of three things: supporting new or enhancing existing networks; trialling models of continuing professional development (CPD) for artists working in participatory settings; and developing improved circumstances for collaboration and/or new work. Over the seven projects, two have established new networks of artists, and three sought to build on or extend the activities of existing networks (though all involved some artists who were 'new' to the network). Six projects undertook formal CPD programmes, ranging from self/co-facilitated networks involving peer support and exchange through to formal placements attached to 'live' projects. One project focused particularly on the ways in which artists/arts organisations and Higher Education Institutions (HEIs) could collaborate to support training and research for and by artists, and several projects sought to explore how employers, funders and commissioners could be brought together with artists.

The key findings of the evaluation, looking across the different projects, are discussed below. This Executive Summary considers: the approaches used with and impact upon participating artists; how projects have sought to engage with actors in the system who are not artists; how the projects have managed their resources; and what questions and issues have emerged as a result of the Development Grants. 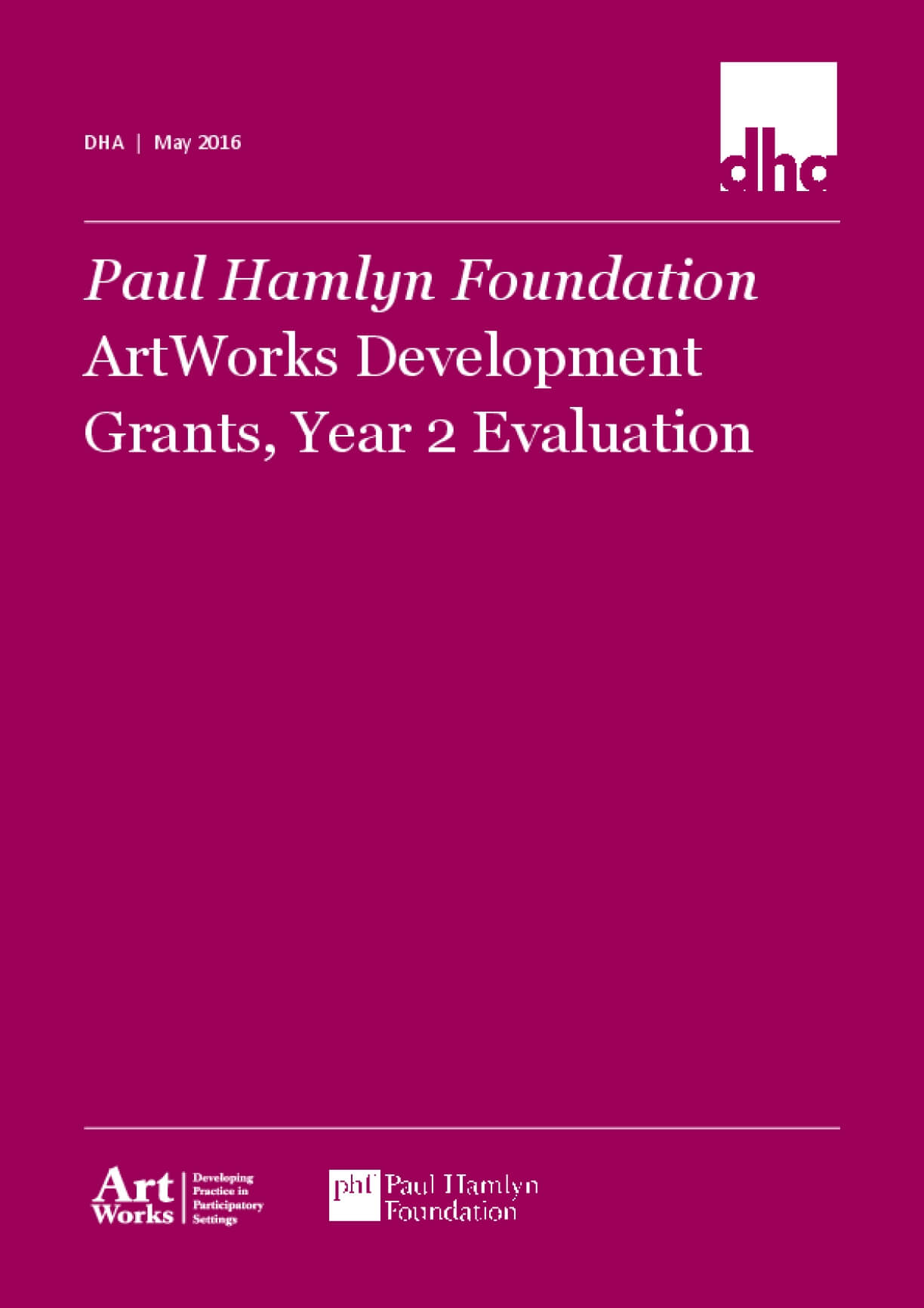