As a Matter of Fact: The Harms Caused by Election Disinformation

The United States is at a critical juncture. More than 1 in 3 U.S. residents—and nearly 80% of Republicans—wrongly believe that President Joe Biden did not legitimately win the election, and a majority say they "do not have confidence that elections reflect the will of the people." Donald Trump's Big Lie is working, and we have to respond. Just as we came together last year, rising up to vote safely and securely in record numbers during a global pandemic, we must now rise up to stop election disinformation efforts in future elections. This report is a game plan for success. 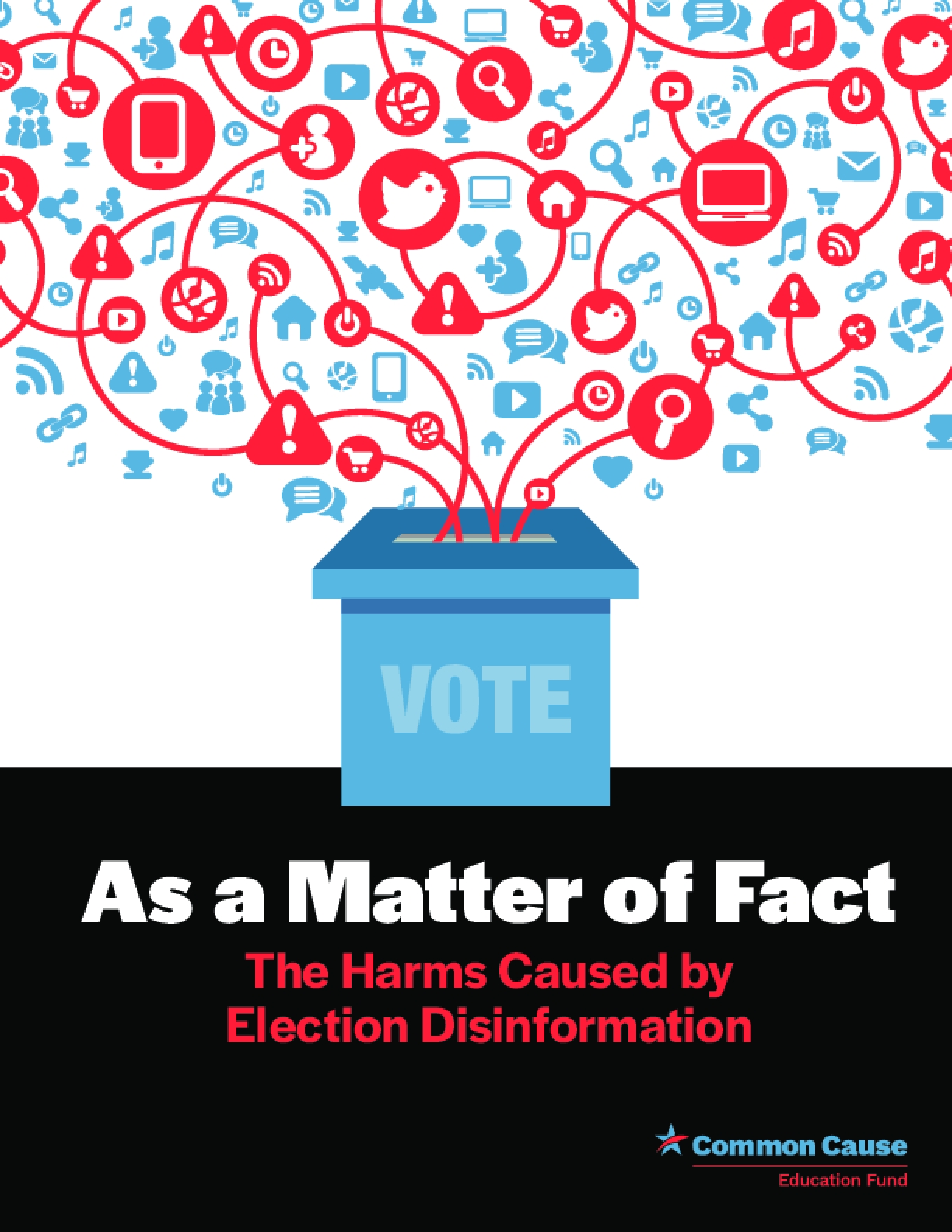