This issue brief looks at the most recent U.S. Census Bureau data available to provide an overview of the demographics and economic status of the Asian American and Pacific Islander (AAPI) workforce in the United States. A key theme that runs throughout this analysis is that the AAPI workforce is exceptionally diverse, so much so that average statistics obscure many important facts about this population.

There are about 8.9 million AAPI workers in the United States. This is about 20 times more than in 1960, when the Decennial census counted less than half a million AAPI workers. Of that total, about 8.5 million are Asian Americans and about 450,000 are Pacific Islanders. At 6.1 percent, AAPIs' share of the U.S. workforce is ten times larger than it was in 1960, when AAPIs comprised only about 0.6 percent of U.S. workers. 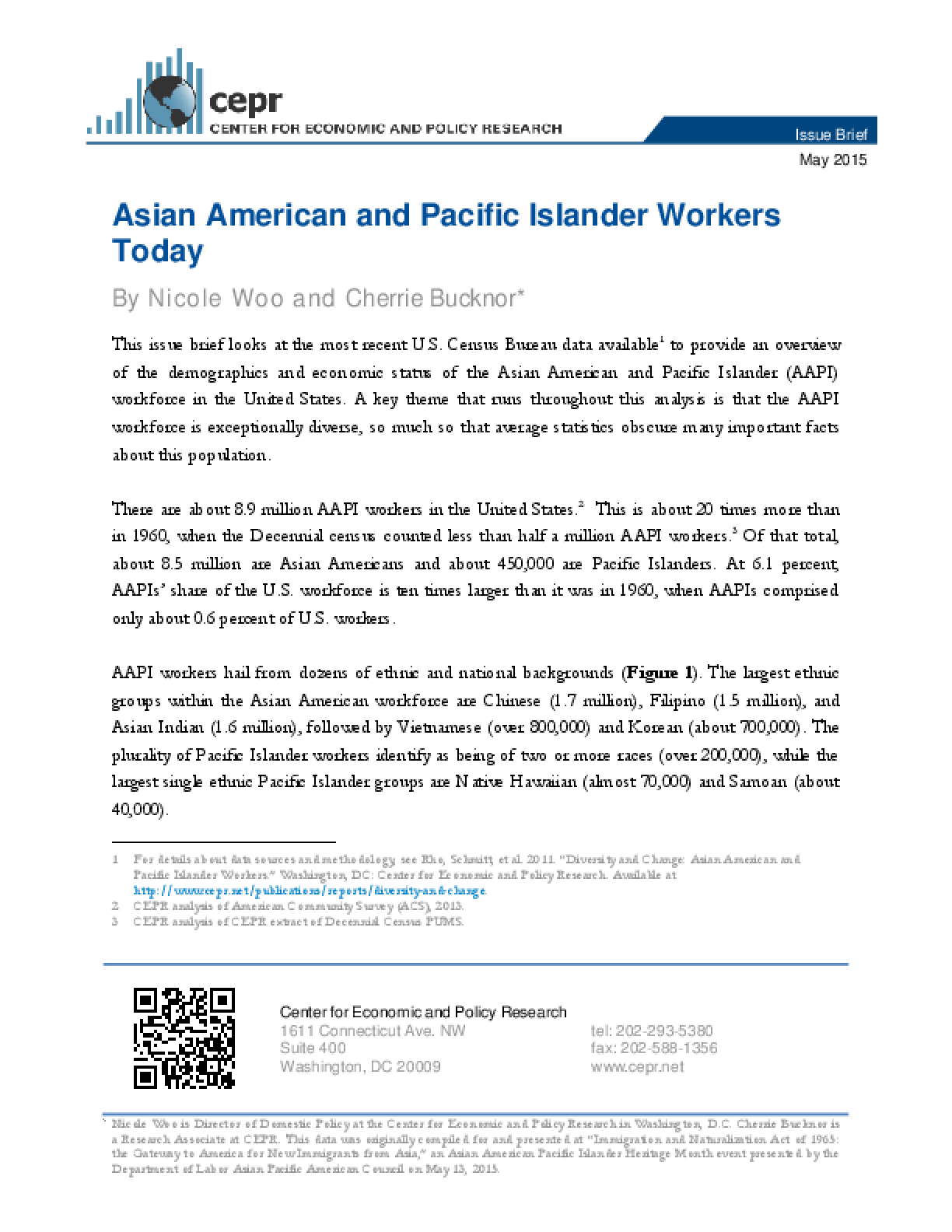