In the wake of the great Recession, there is new urgency in America to address a pressing need for greater household financial security. From 2007 to 2010, Americans' median net worth fell 38.8%, and mean net worth fell 14.7%. Americans currently face a $6.6 trillion retirement savings deficit. A bipartisan consensus is within political reach on the need to rebuild household balance sheets with policies that expand private savings and thus enhance middle-class opportunity and security. The decline in wealth from the housing and financial crises, the stagnation in wages, and the inadequacy of retirement savings attract new interest from industry leaders, advocates, and policy leaders on both the left and right. The urgency to enact policies now that improve financial security does not just apply to lower-income americans; these are policies that have the potential to impact most americans. Smart savings policies belong in a pro-growth agenda and can be pursued through modest investments or targeted reforms that policymakers should champion and implement. This report presents the findings from the 2012 Aspen Institute Financial Security Summit. An exclusive gathering of top business leaders, experts, advocates, and media. The summit advanced the dialogue on the public and private solutions that build more savings and wealth in American households, strengthen middle-class opportunity, and improve the economic future of the country. In an election year with a budgetary showdown looming, the Aspen Institute Initiative on Financial security (Aspen IFs) chose to host its first financial security summit in Aspen, Colorado to bring thoughtful leaders together to wrestle with the contours of a new strong and politically feasible financial security vision. With the American economy at crossroads, summit participants revealed compelling consensus around savings policies that have the power to enhance economic mobility and financial security while directing Americans away from a culture of unaffordable consumption. From acclaimed civil rights leaders such as Andrew Young and activists such as Marc Morial to leading conservative scholars such as Douglas Holtz-Eakin and prominent independents such as David Walker, the headlines emerge: Financial security is the key to America's promise to its middle class, and achieving a much greater measure of financial security is a goal that financial industry leaders and consumer advocates believe in and can advance. 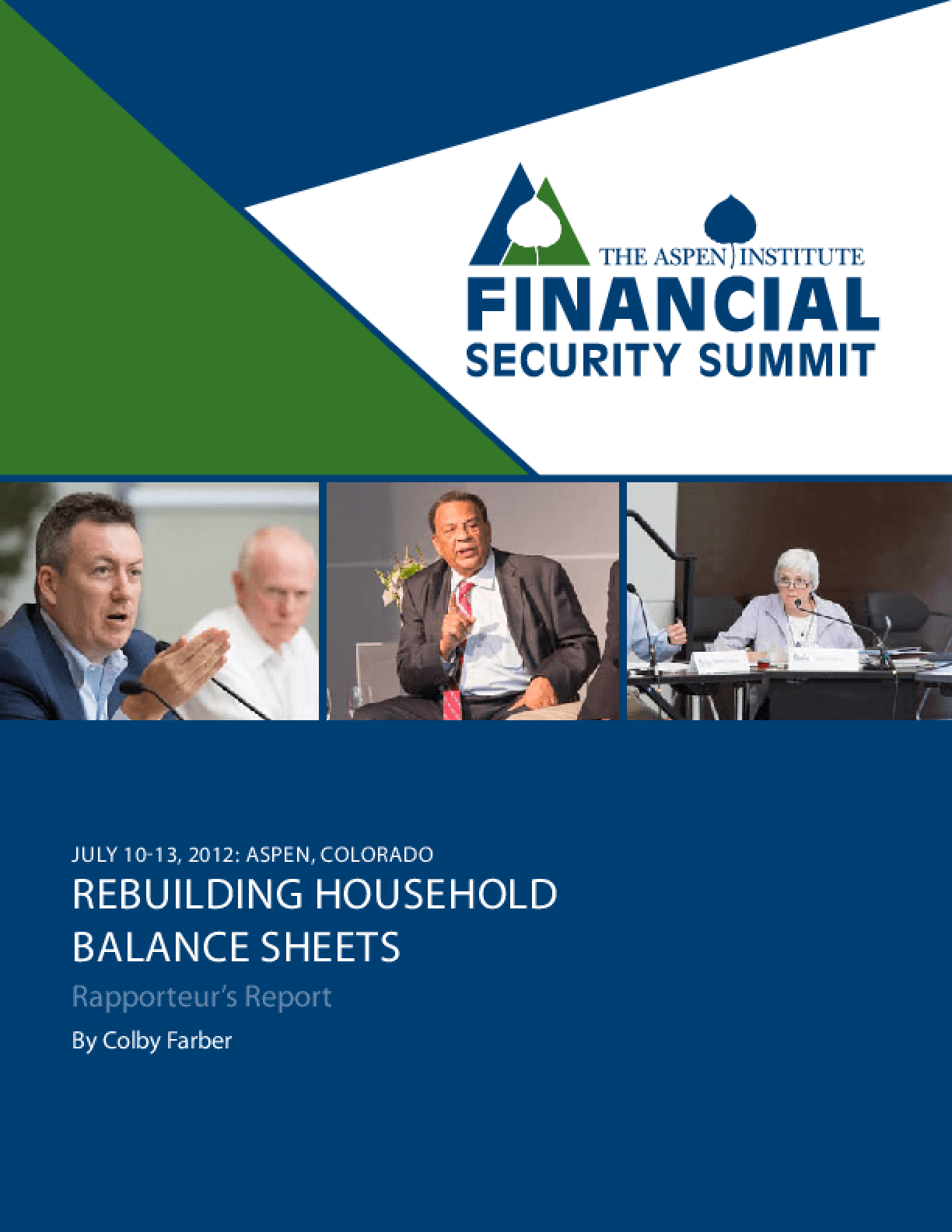