20 years after President Bill Clinton signed the federal assault weapons ban into law in September 1994 and a decade after Congress allowed that law to lapse -- the question of whether and how to regulate particularly lethal firearms is no longer the primary focus of the national gun debate. In the wake of the December 2012 massacre at Sandy Hook Elementary School in Newtown, Connecticut, President Barack Obama, congressional leaders, and gun-violence prevention advocates alike made deterring dangerous people from accessing guns the top legislative priority with a proposal for comprehensive background checks for all gun sales. This shift in focus to prevent dangerous people from accessing guns is appropriate: A broad set of research suggests that such measures are effective in reducing gun violence. Additionally, there is overwhelming support in opinion polls for expanding background checks and similar measures aimed at restricting dangerous people from accessing guns. But the debate persists about whether and how to best regulate assault rifles and other types of firearms that may pose heightened risks to public safety. For more than 20 years, there has generally been only one policy solution offered in this debate: a ban on assault weapons. This report considers how gun laws have evolved to address different classes of firearms and looks more broadly at how federal and state laws treat rifles and shotguns differently than handguns and whether all of those distinctions continue to make sense. It also examines data on the changing nature of gun violence and the increasing use of long guns and assault rifles by criminals, with a focus on Pennsylvania as a case study. 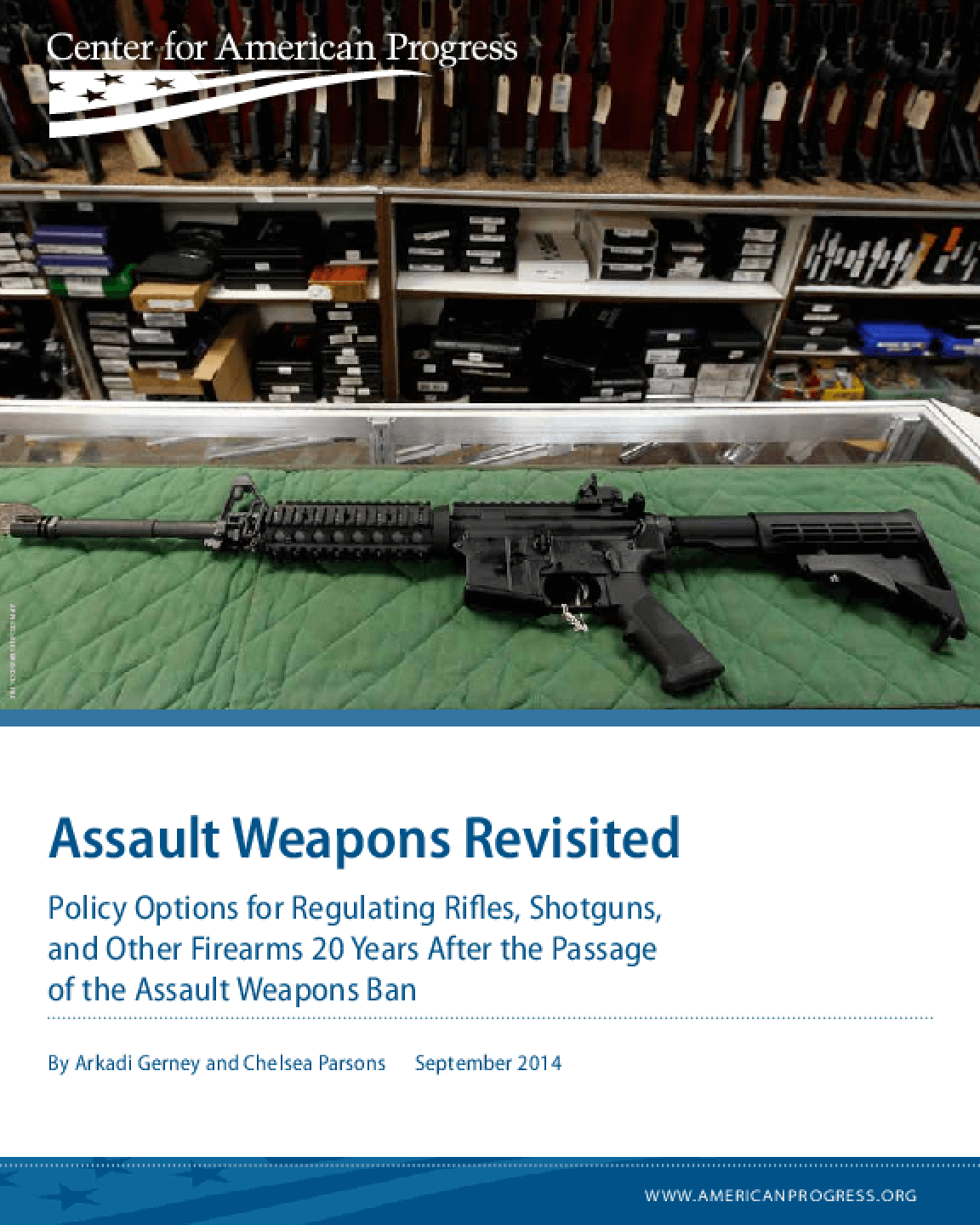