The success or failure of community strategies to address the youth gun violence crisis is often attributed in part to how well the problem is understood and diagnosed. With support from The New York Community Trust, the Crime Commission has undertaken an analysis of youth gun violence and crew activity -- violent turf rivalries among less-organized, smaller and normally younger groups than traditional gangs -- in select New York City communities. Our initial findings from available data, existing research and interviews with stakeholders are presented in a series of papers titled, Assessing New York City's Youth Gun Violence Crisis: Crews. 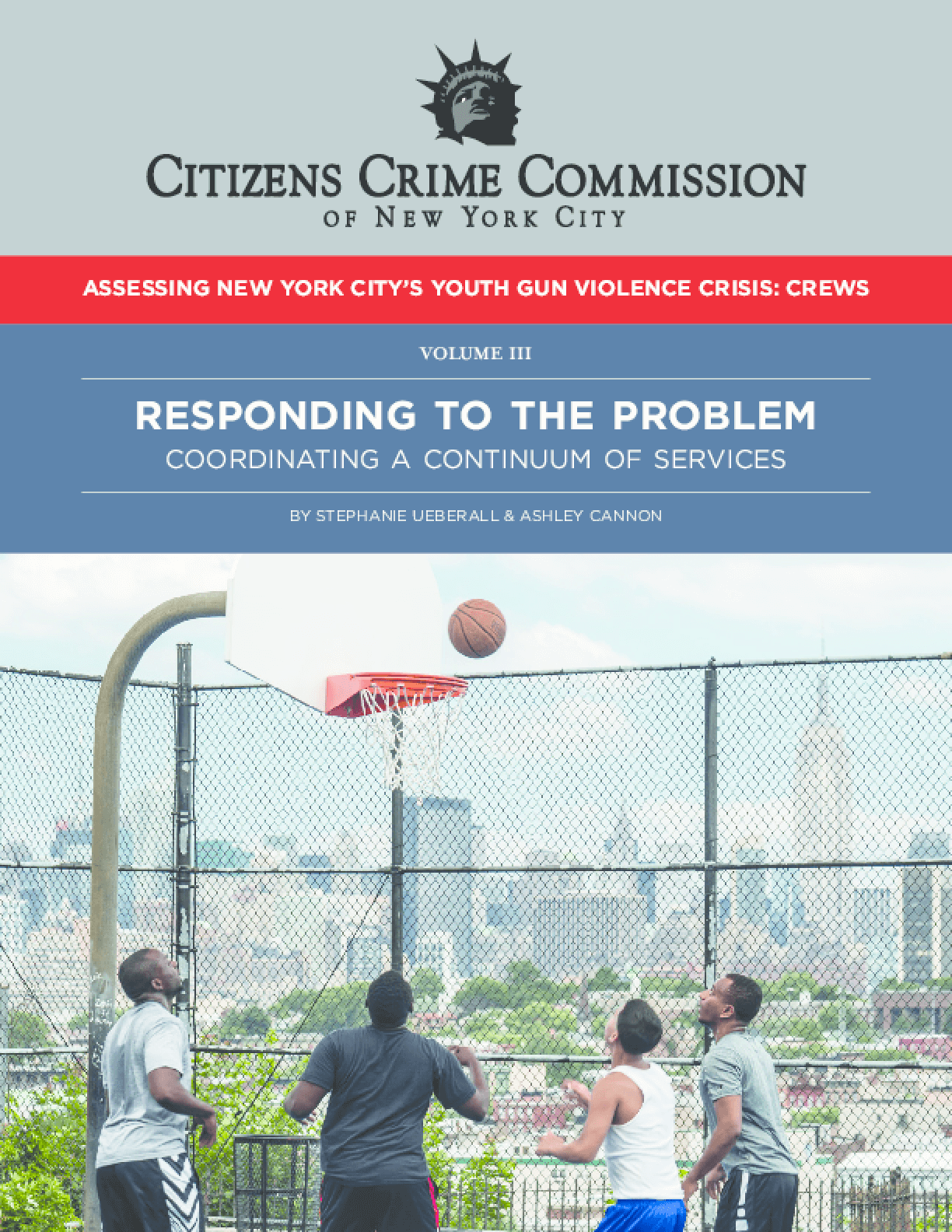