Assessing Progress Toward a 21st Century Right to Know

On Nov. 12, 2008, the right-to-know community published a set of detailed transparency recommendations for President-elect Barack Obama and Congress. Those recommendations, titled Moving Toward a 21st Century Right-to-Know Agenda, were developed over a two-year period with input from more than 100 groups and individuals. The seventy recommendations urged the new president and the incoming Congress to act quickly on a number of key government openness issues while also encouraging a more systematic, longer-term approach to a variety of other transparency problems that plague the federal government. The recommendations were endorsed by more than 300 organizations and individuals from across the political spectrum. A senior White House official privately called the recommendations a "blueprint for the Obama administration."

The report organized the majority of the recommendations into three chapters.

An additional chapter laid out recommendations for the first 100 days of the administration; the implementation of those recommendations was assessed in an earlier OMB Watch report.

This report seeks to assess progress on each recommendation near the midpoint of the president's term as part of Sunshine Week 2011. The many factors at play in each recommendation – vision, leadership, policy, implementation, etc. – make it difficult, if not impossible, to assign simple grades. Instead, we will explain the activities of the administration and Congress on the issues addressed in the recommendations and offer some insights on those actions.

It should be noted that no administration could be expected to complete all of the recommendations contained in the 2008 report in just two years' time. There is a very real limit to resources and staff that can be brought to bear on the issue of government openness while still addressing the many other demands on government. Several of the recommendations were explicitly designed as long-term challenges that will take years of work to complete, and of course, the work of implementation is never done. 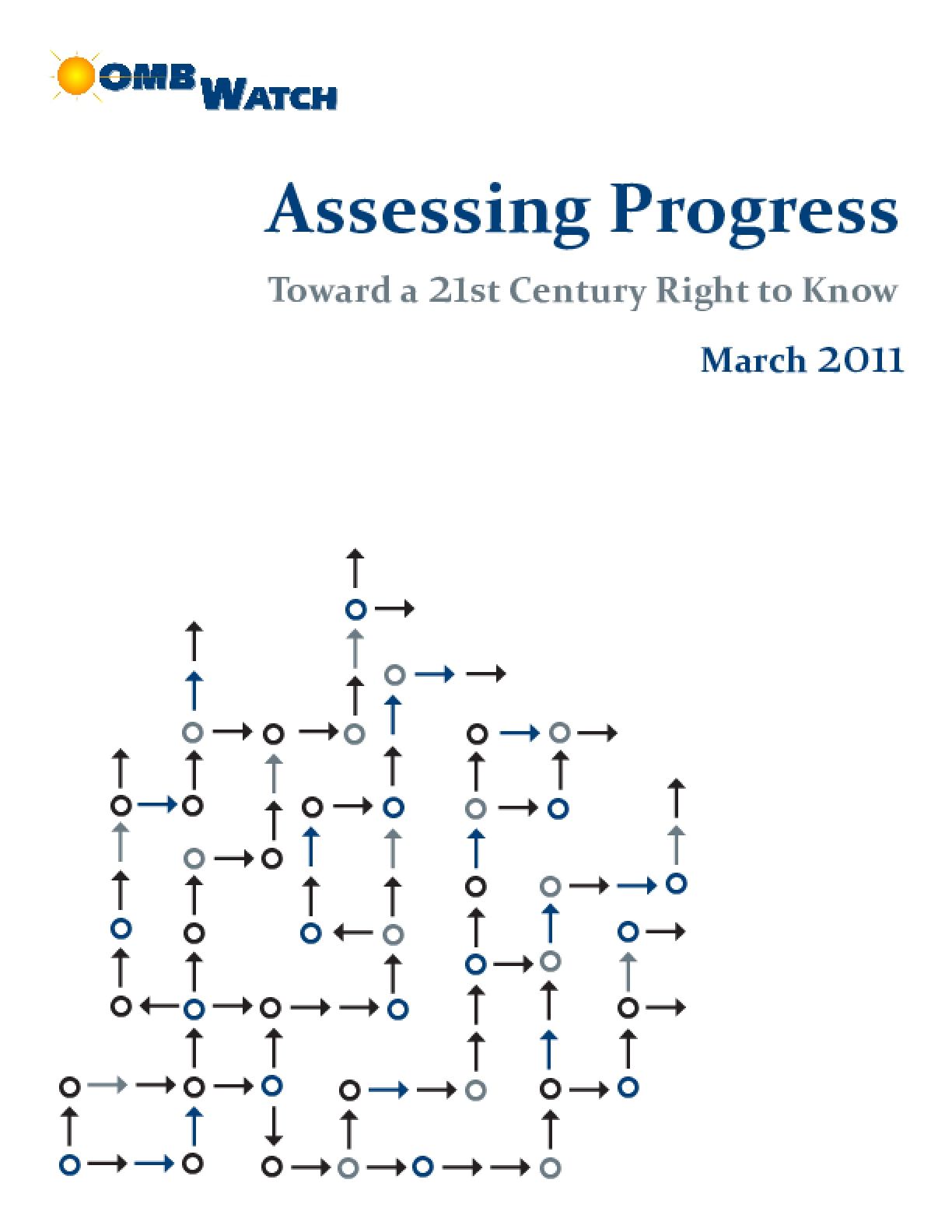