Assessing the Direct Economic Effects of Reallocating Irrigation Water to Alternative Uses: Concepts and an Application 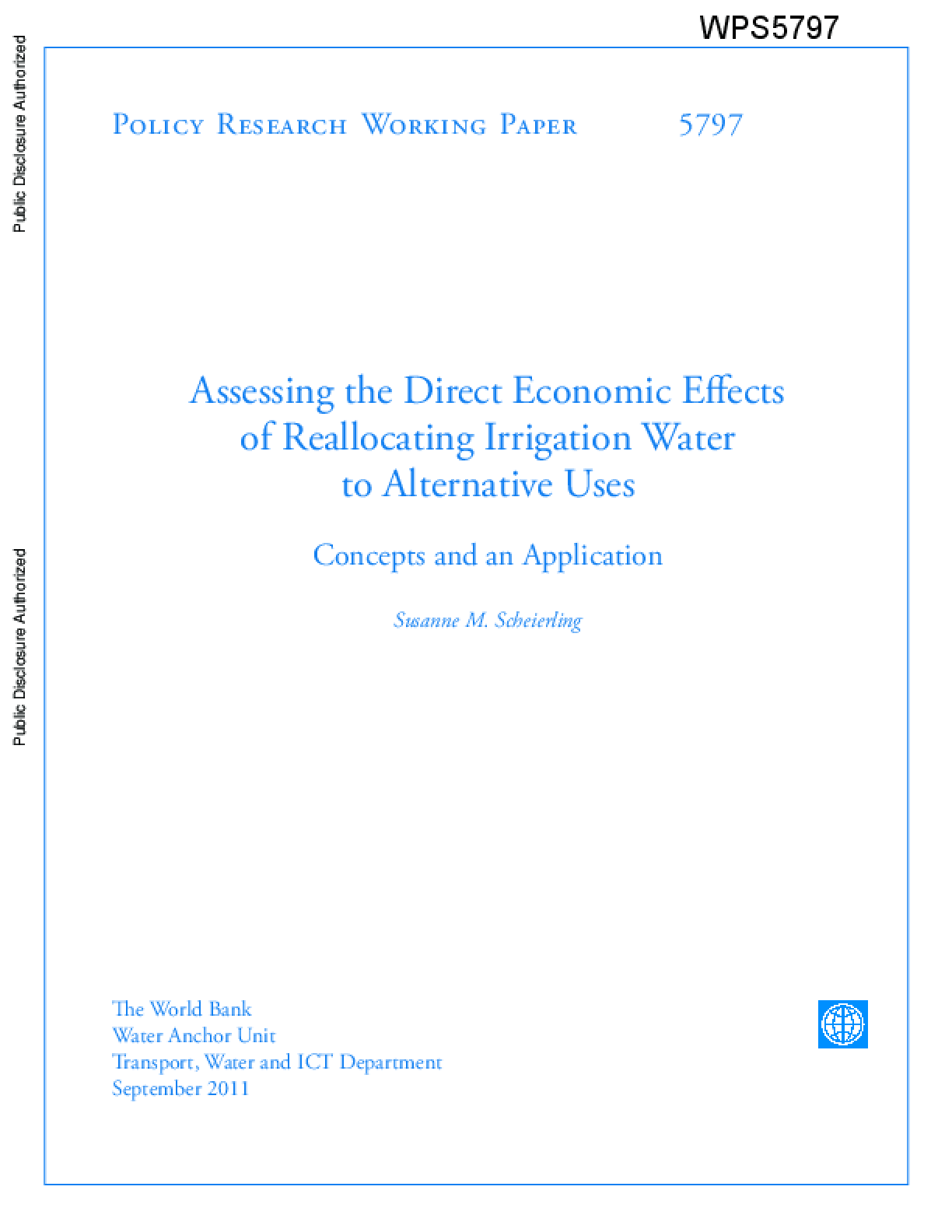