During the late 1990s, the convergence of women's labor force participation rates to men's rates came to a halt. This paper explores the degree to which the role of education and marriage in women's labor supply decisions also changed over this time period. Specifically, this paper investigates women's decisions to exit the labor market upon the birth of a child. The results indicate that changing exit behavior among married, educated women at this period in their lives was not likely the driving force behind the aggregate changes seen in labor force participation. Rather, changes in exit rates among single women, particularly those less educated, are much more consistent with the changing pattern of aggregate female labor force participation. 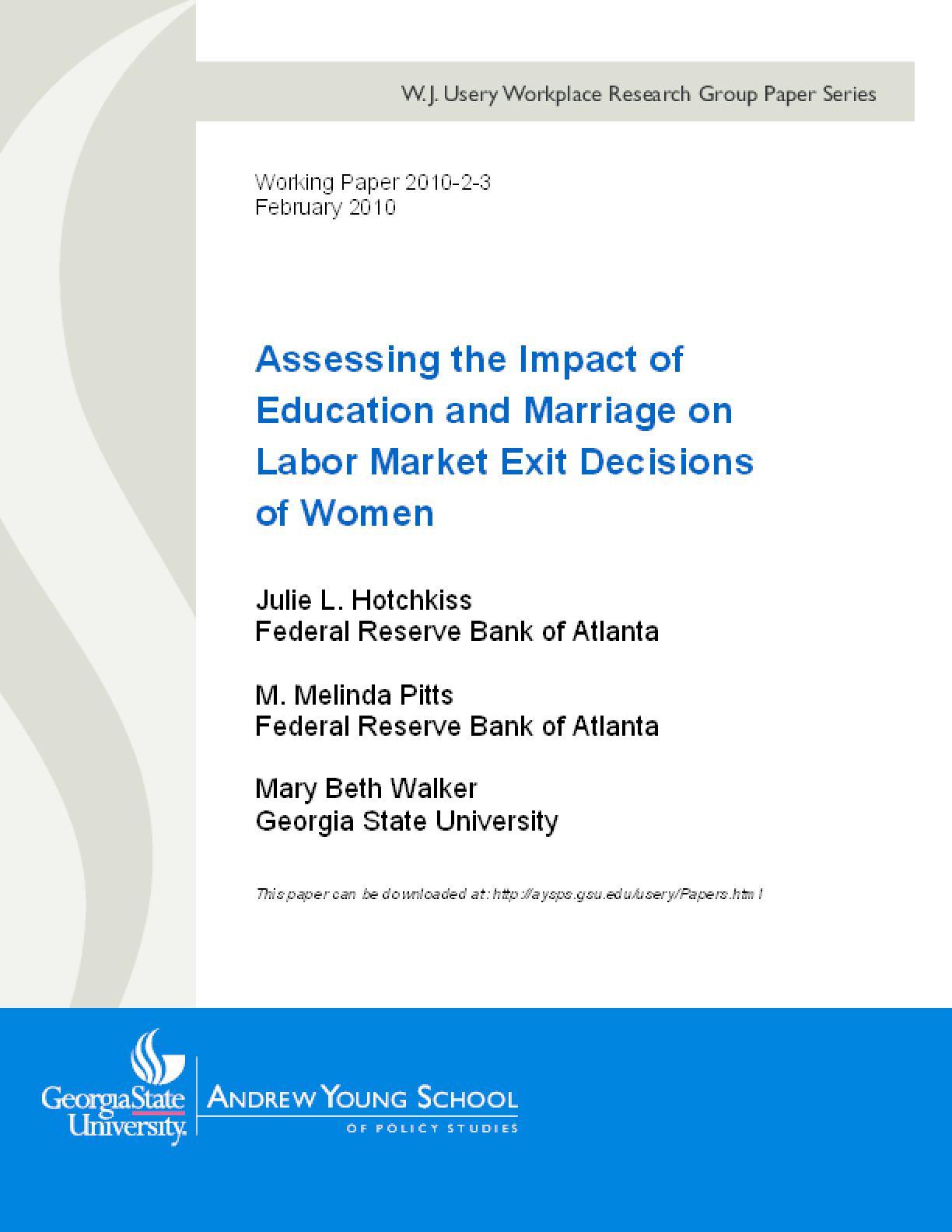