Assessing the Impact of European Governments' Austerity Plans on the Rights of People with Disabilities: Key Findings

Since the onset of the economic crisis in 2008, concerns have been raised by all interested parties on the negative impacts for people with disabilities. A study, which was commissioned by the European Consortium of Foundations on Human Rights and Disability, examines evidence at both European and national level of the effect of the economic crisis, in terms of austerity measures, on the rights and status of people with disabilities. This report presents the key findings of this study. A core team of European researchers, complemented by national experts in six EU Member States, conducted an independent survey of documentary sources and carried out interviews with funders, providers and organisations of people with disabilities. The countries included in the study were Greece, Hungary, Ireland, Portugal, Spain and the UK.The findings are linked back to the UN Convention on the Rights of Persons with Disabilities (UNCRPD) and the objectives of the EU Disability Strategy. The complete study is also accessible: http://efc.issuelab.org/resource/test_study_finding 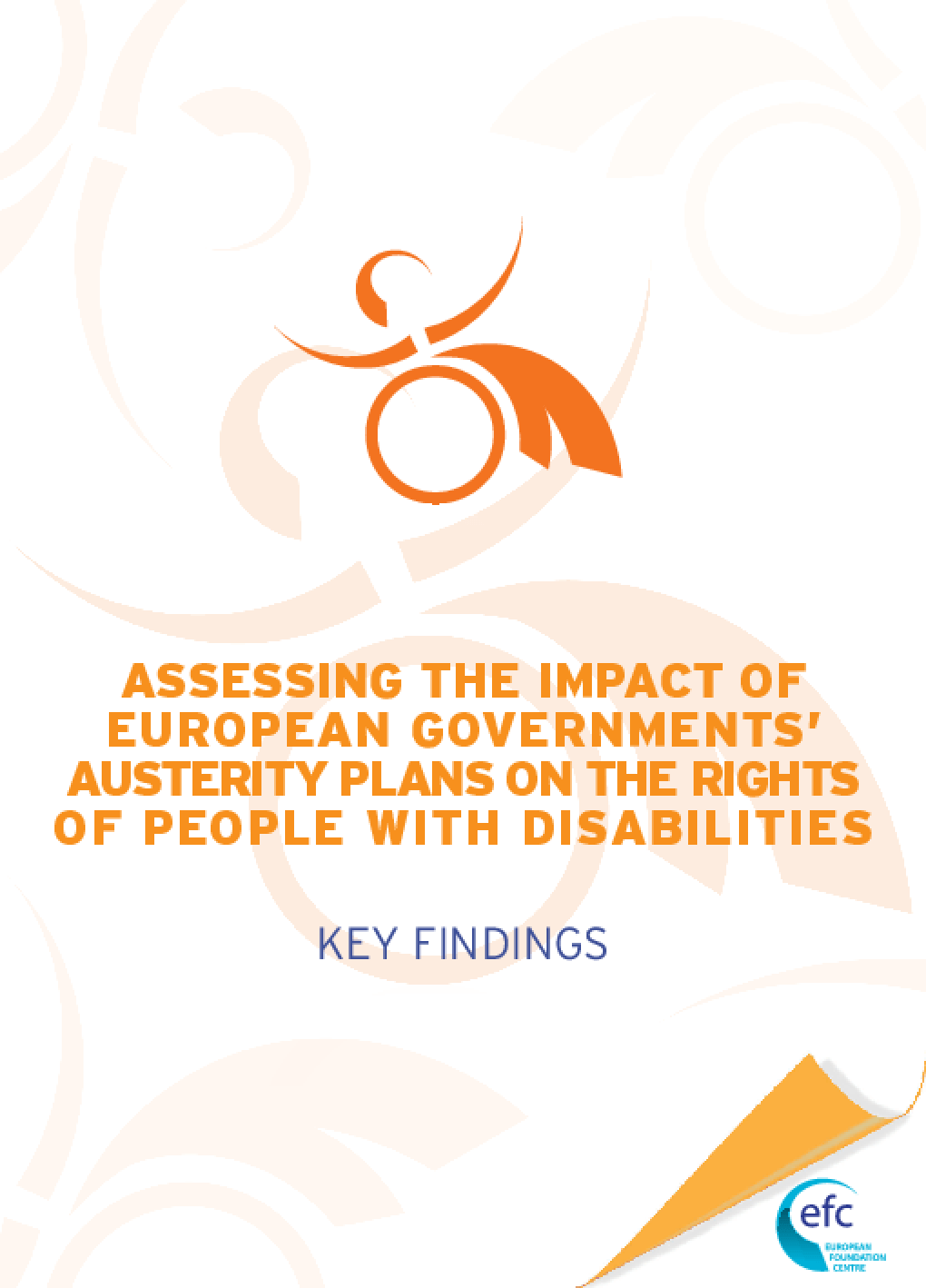