Since 2005, the National Alliance for Public Charter Schools (National Alliance) has advocated for high-quality public charter school laws. With the support of a working group with deep expertise in public charter school law, we released a model charter law in 2009 with 20 essential components focused on creating and supporting high-quality public charter schools. After we released the model charter law, we then undertook an extensive review of all existing state charter laws in comparison to the model law and issued annual state charter laws rankings reports in 2010, 2011, 2012, 2013, 2014 and 2015. Each year, we sought input on the rankings reports from a variety of charter stakeholders and made adjustments to the reports' scoring rubrics as needed. In the rankings reports, we showed where state scores shifted as a result of policy change, but we also noted where changes occurred as a result of adjustments in our scoring rubrics or further clarifications about existing policies in states that would affect the state's rankings score. The purpose of this report is to sync the ratings from the multiple rankings reports so that rating changes over time are primarily the result of changes in policy, not from changes to our scoring rubrics and clarifications about existing policies. 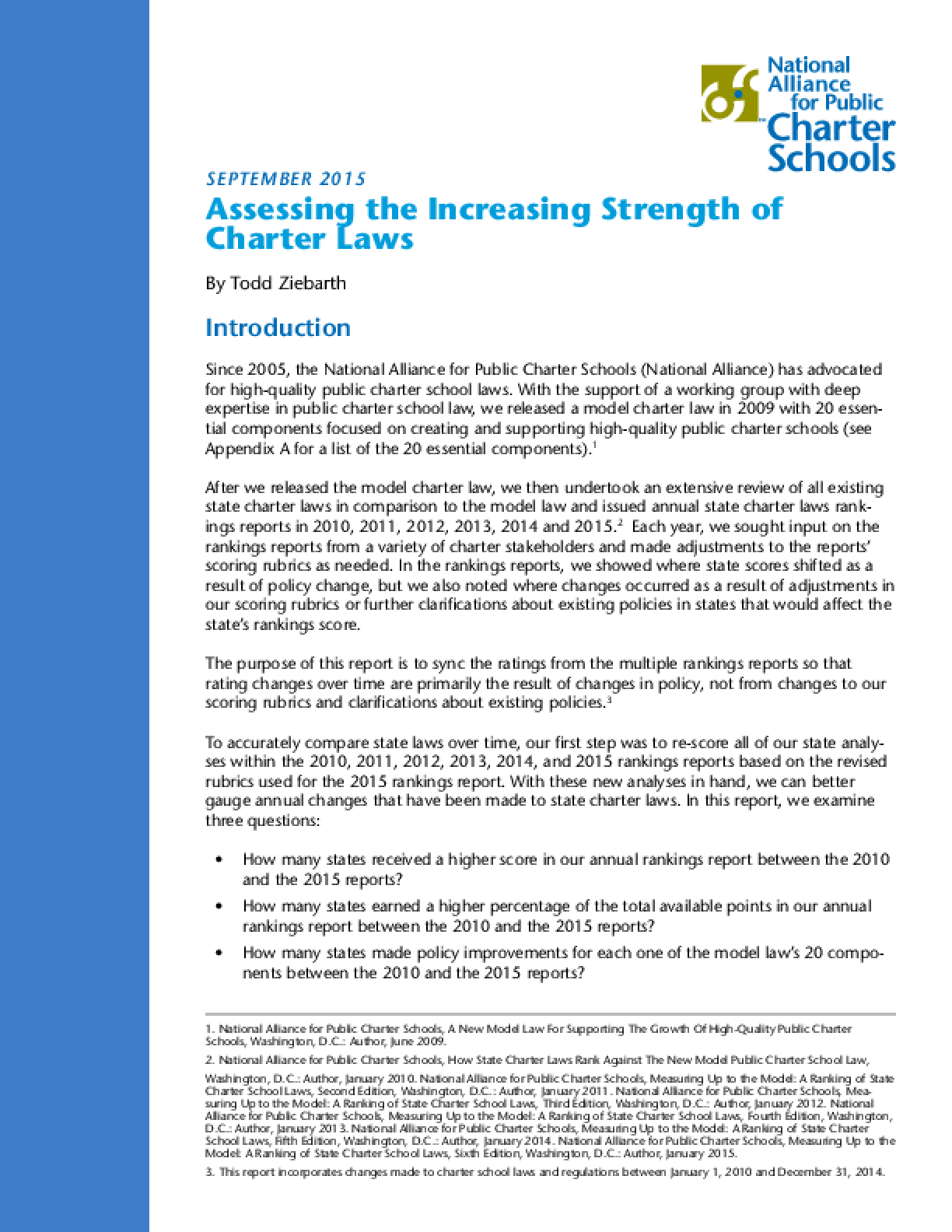