The possibility of hosting the Summer Games is sparking significant debate in our community about the potential benefits, costs, and risks associated with hosting the Olympics. With these debates in mind, the Boston Foundation (TBF) commissioned the Economic and Public Policy Research group (EPPR) at the UMass Donahue Institute (UMDI) to perform a detailed economic impact assessment of Boston's proposed 2024 Olympic bid. While the Boston 2024 proposal is a working document and should be thought of as a "proof of concept" rather than a concrete plan, there are still several components of the proposal that can be evaluated at this time. The following report contributes to the public discourse by providing a preliminary assessment of the quantitative short-term economic impacts of hosting the 2024 Summer Olympic Games in Boston. In addition, this report highlights several of the potential opportunities, challenges, and risks associated with hosting the Olympic Games that are difficult to quantifiably measure at this time, but require further attention as the Olympic bid evolves over the next couple of years. 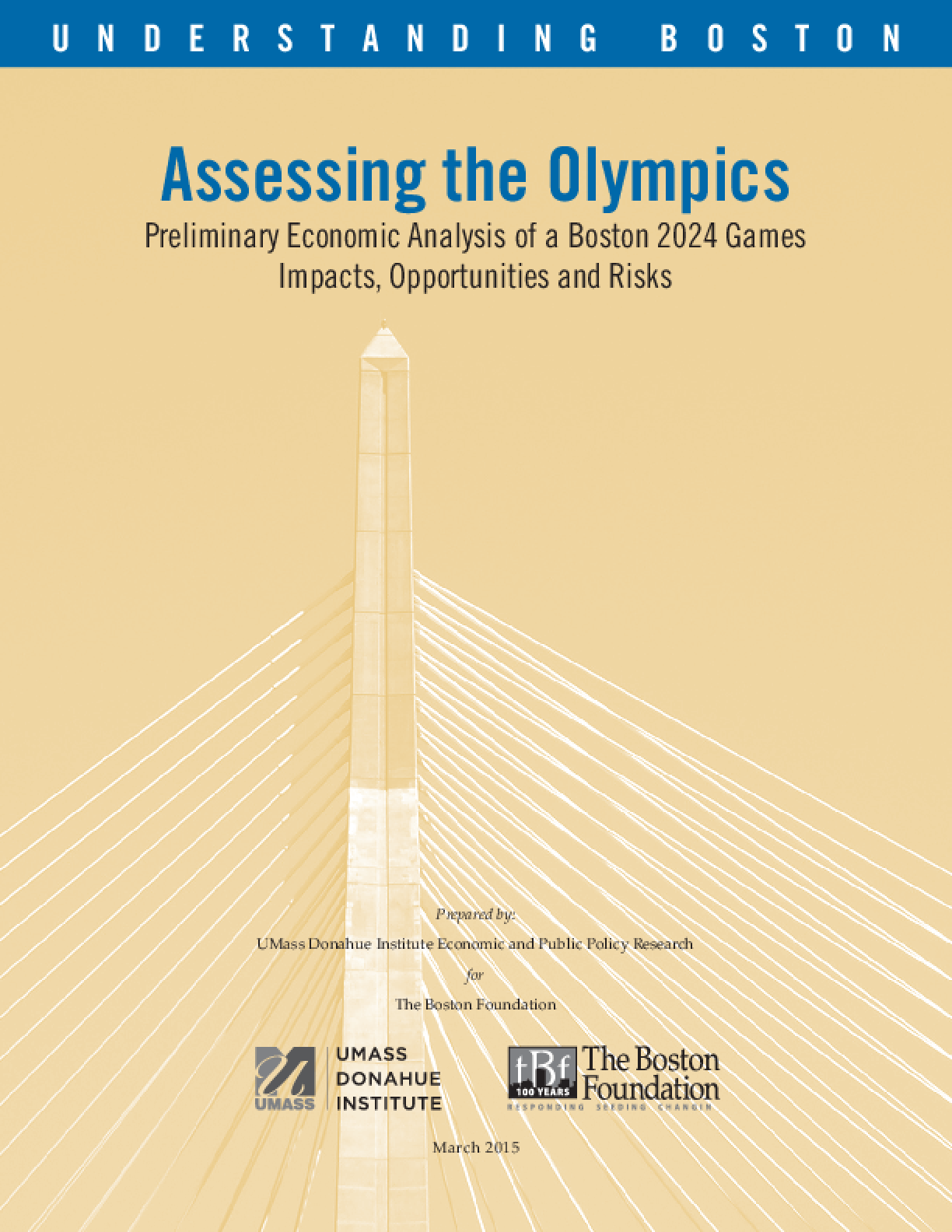