In the late 1990s and early 2000, all 50 states embarked on education initiatives related to high standards and challenging content. A central focus of these efforts was on the establishment of standards-based reforms and assessments that measured student performance and accountability systems that were at least partially focused on student outcomes. The policy talk asserted that these high standards apply to all students, and standards-based reform focused on high achievement for all children.

Much of this activity took place within the context of the Improving America's Schools Act (IASA) of 1994. This law created major changes in Title I of the Elementary and Secondary Education Act, the $8 billion federal program that provides additional funding to schools with large concentrations of poor children. The legislation was developed in response to concerns about the operation and impact of the Title I program over the previous 25 years: low expectations for educationally disadvantaged students, an instructional emphasis on basic skills, isolation from the regular curriculum, and a focus on procedural compliance rather than academic outcomes (U.S. Department of Education, 1993). Researchers, policymakers, and advocates concluded that a new federal approach was needed to improve education for all students -- an approach built on a framework of standards-based reform that is integrated with state and local education reform initiatives.

The provisions of IASA gave states a prominent role in Title I. States were expected to establish challenging content and performance standards, implement assessments that measure student performance against these standards, hold schools and school systems accountable for the achievement of all students, and take other steps that promote programmatic flexibility and foster instructional and curricular reform. States were also expected to align their Title I programs with these policies to ensure that disadvantaged students are held to the same high standards. In addition, the 1997 revisions to the Individuals with Disabilities Education Act (IDEA) require states to include students having disabilities in state and district assessment programs, with appropriate accommodations, and to disaggregate and report their test scores.

This report uses data collected from the 50 states to describe state assessment and accountability systems and to examine the extent to which state policies meet the objectives of federal policy. 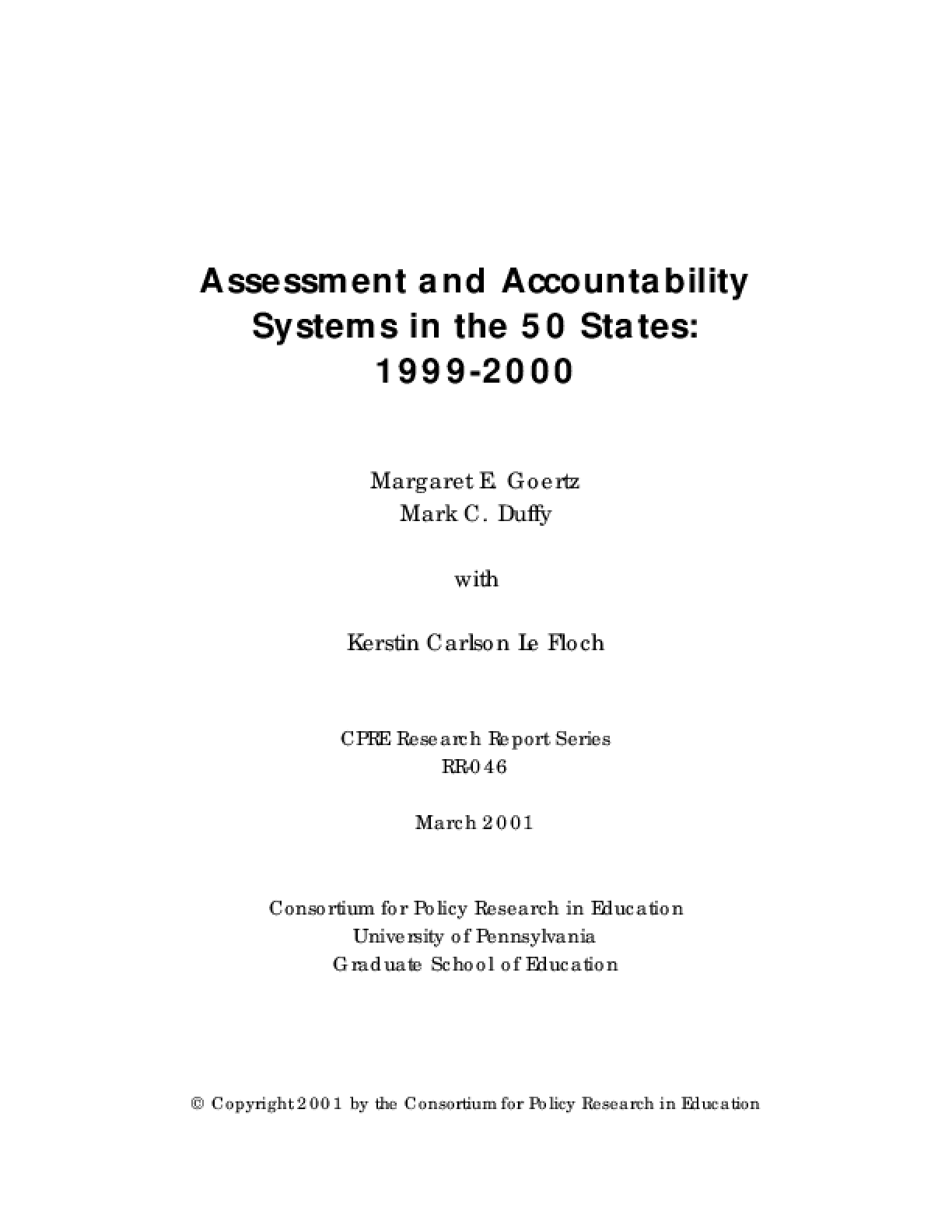