Optimizing democracy and enhancing citizens' participation in the political life of the European Union has been a long and on-going process. The Lisbon Treaty made a big step forward when it introduced the first direct democratic right to the EU: Since April, a new instrument -- the European citizens' initiative (ECI) -- is available and has put EU citizens in the driving seat as it has provided them with an opportunity to directly shape the political future of the EU. This offers important means of transnational participation while bringing together new opportunities for information, consultation and dialogue for those who wish to have a say at EU level. We have seen much pan-European engagement through this new instrument over the last months. These are exciting times for all those who have played a role in ensuring that this new tool is a success -- and for all those who have been eagerly hoping to exploit it for quick action. The issues raised through ECIs might even be taken into account by political party campaigners and they could also have a role in the run-up to the European Parliament elections in 2014. However, as matters sometimes turn out quite differently in practice from what was expected by the drafters, we have also seen a lot of problems and challenges. We have seen the first refusals of ECIs. Over the last few months, it has been also proven that the "semi-official" online signature collection tool is not as user-friendly as it claims to be. Initiators have been unable to organise their networks as promptly and easily as one might have expected. Even if some of them formulated brilliant proposals, they often do not have sufficient resources and capacity to make it through the process. Problems arise in particular with regard to the online signature collection software (and especially the excessive costs for setting up this system) in addition to the high costs of running a campaign. Particular attention should also be paid to the notion of transparency. One of the first outcomes from the early stage of the process is that the European Commission has been reluctant to disclose the ECIs it had received before their registration. For EU citizens, is it essential to have access to all relevant information at every stage of the proceedings, not only to be able to follow a legislative process but also to work together from an early stage, in order to secure a true transnational debate on the issue. This conference was therefore organised as an opportunity to evaluate the first practical experiences with ECIs and their impact. Most importantly, it focused on the sharing of information, experiences and inputs on particular initiatives and enabled stakeholders to exchange best practices with a special focus on the technical aspects of the regulation, as well as on the potential legal issues which still raise some concerns. 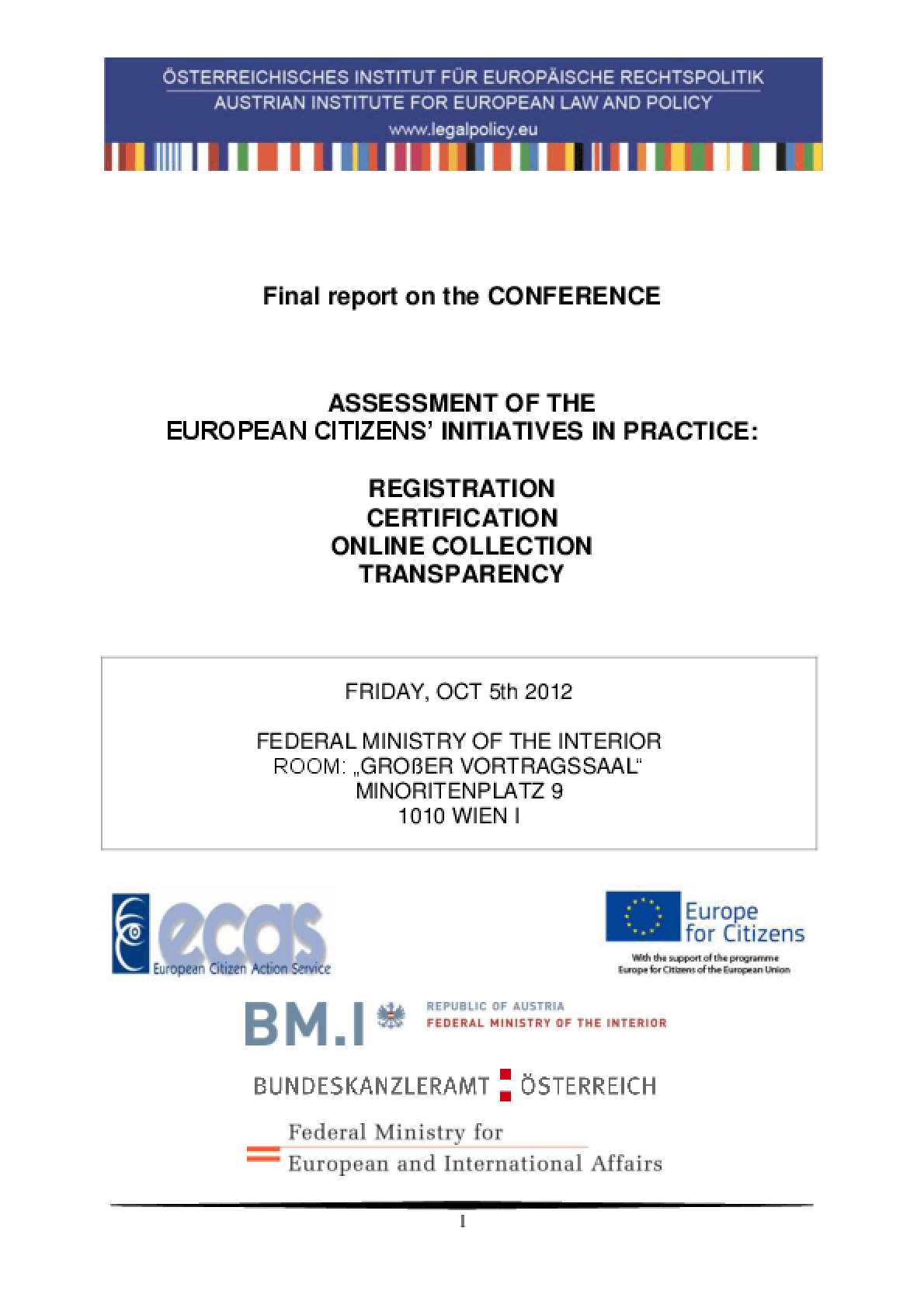