Assessment of the Impact of the Percentage Tax Designations: Past, Present, Future

The subject of this study is the percentage tax designation system as a phenomenon in the nexus of public finance allocation, public benefit/civil society realm and taxation. Its focus is Central and Eastern Europe (CEE), where the system has remained to be a popular policy instrument over twenty years.

This research had been prepared in 2014 and was conducted during 2015 in five CEE countries that use the percentage tax designation system: Hungary, Lithuania, Poland, Romania and Slovakia. It focused on four areas: 1) What the percentage tax designation system actually is and what it is not, 2) What is its role in funding of the non-profit sector, 3) What are its side effects and 4) What is the connection between the policy making and the results? The research had a form of expert panel through country research associates that worked according to the unified methodology, using secondary quantitative and qualitative data. The data including the expert opinion were organized into the project's database. 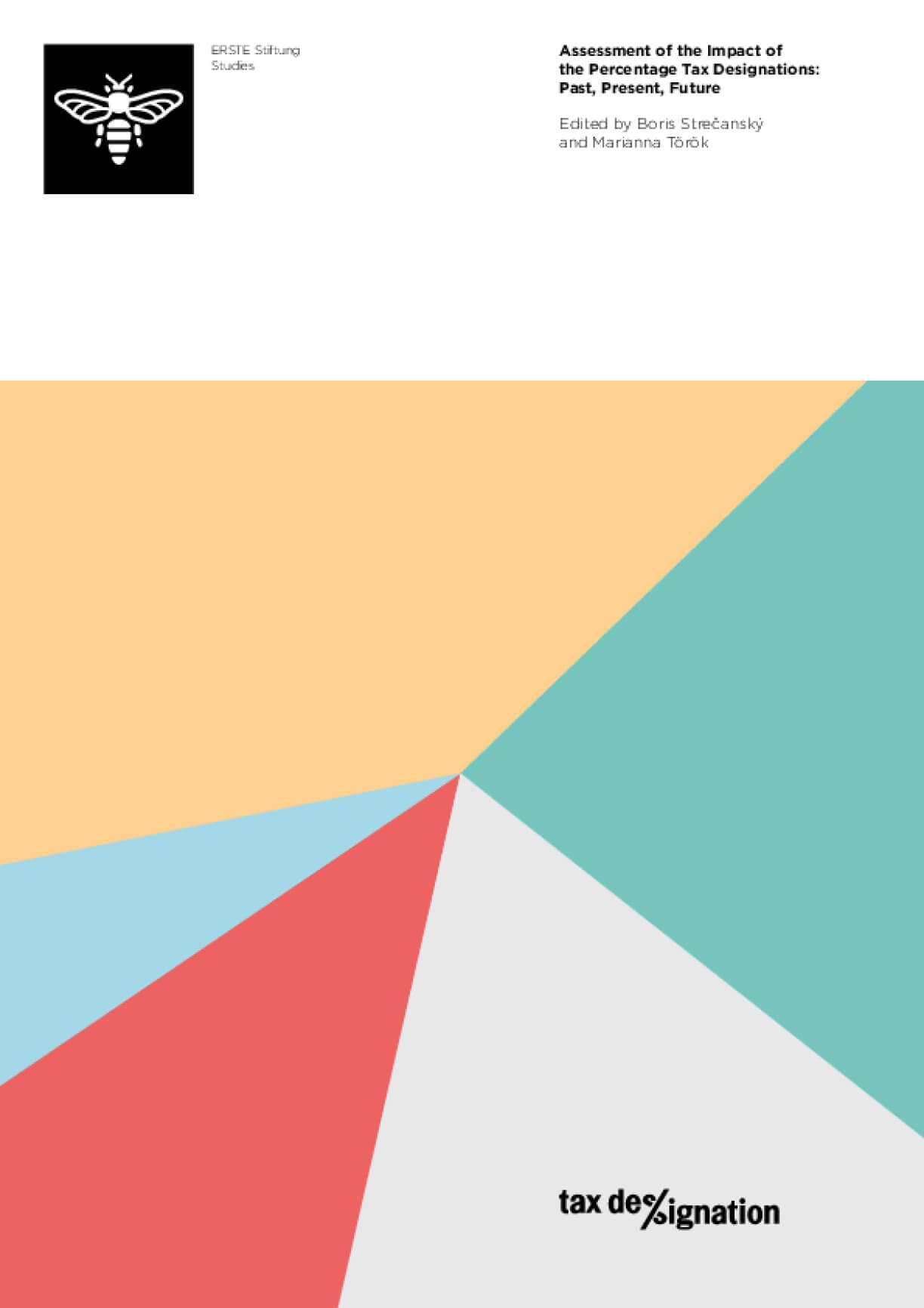