This report is based on responses to an email survey of AFP's members conducted in February and March of 2006. A random sample of U.S. members (3,000), as well as every member in Canada (approximately 2,500) received an email directing them to a special website through which they entered their responses. All respondent data has been kept strictly confidential. Therewere 209 Canadian responses and 303 U.S. responses for an overall response rate of about 9.3 percent. The respondents represent a broad range of organizations in terms of budget size and practice setting. This is the fifth in a series of reports to track the annual year-end state of fundraising in the charitable sector. The first survey (2001) did not break out U.S. and Canadian data separately, although a very large majority of respondents were American and the figures are included in theU.S. data. The 2001 survey data is included in U.S. tables purely for comparison and should not be considered scientifically valid. 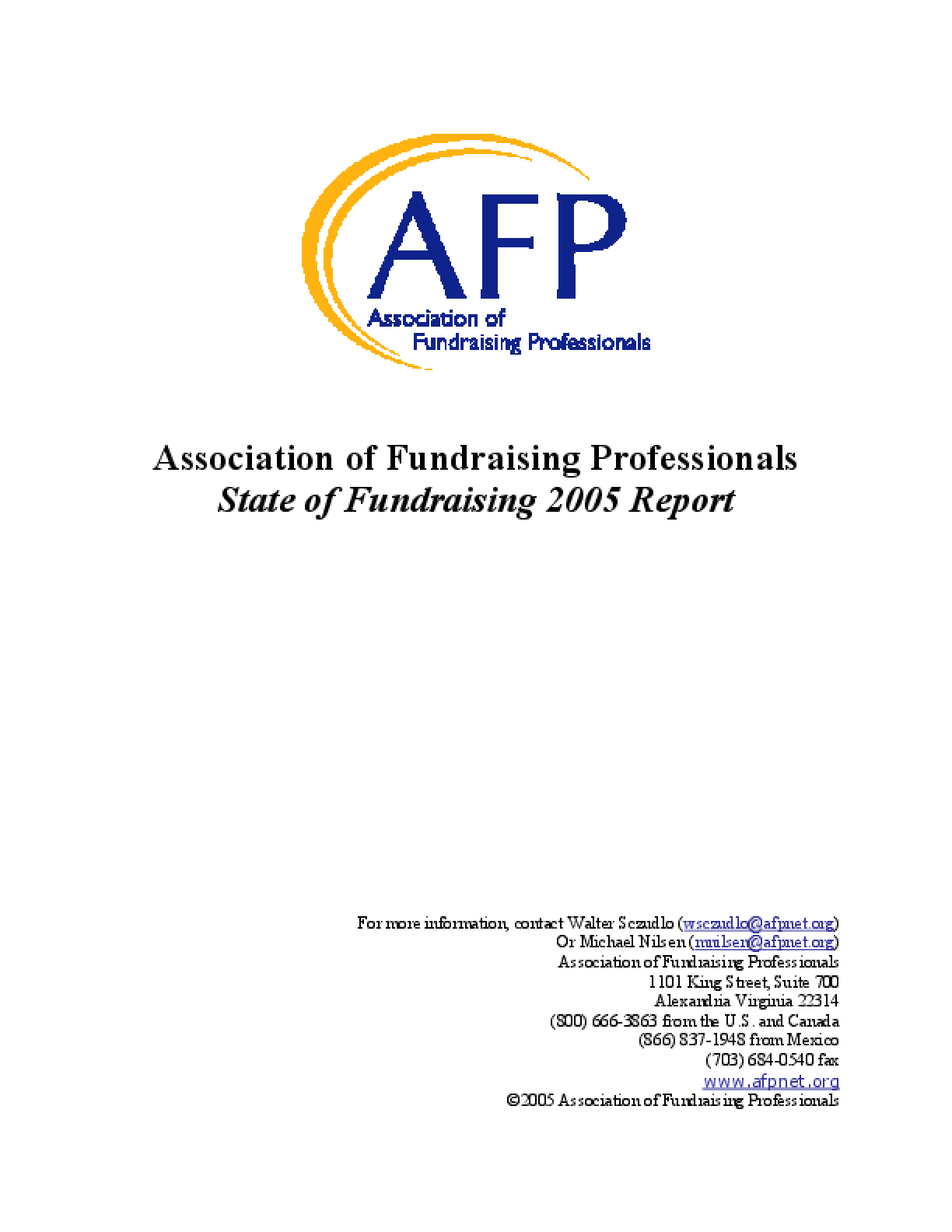