by Benjamin Johnson; Walter A. Ewing

The public debate surrounding passage of the REAL ID Act by the House of Representatives on February 10 has raised the question of whether or not the U.S. asylum system is vulnerable to infiltration by foreign terrorists. Sponsors of the legislation, which now moves to the Senate for consideration, claim the Act would enhance security by making it more difficult for asylum seekers to prove their cases. However, the realities of asylum processing and the impact of reforms to the asylum system over the past decade point to a need for more resources rather than new restrictions. Abuses of the asylum system, including the most notorious cases cited by supporters of the REAL ID Act, have resulted primarily from applicants getting lost in bureaucratic backlogs or from over-worked Asylum Officers not having sufficient time to closely scrutinize the stories and evidence presented by asylum seekers. The integrity of the asylum system is enhanced by sufficient staffing and funding to allow the thorough and timely adjudication of asylum cases, and adequate training of the immigration inspectors who first come into contact with asylum seekers. Current law already denies asylum to individuals who have engaged in terrorist activity, committed serious crimes, or who may pose a danger to national security.1 And asylum applicants already undergo extensive security checks. The critical issue is whether or not the Asylum Officers who are assigned to review asylum claims have the time and resources they need to efficiently and effectively determine who is a legitimate refugee. The provisions of the REAL ID Act that would raise the bar for all asylum applicants do nothing 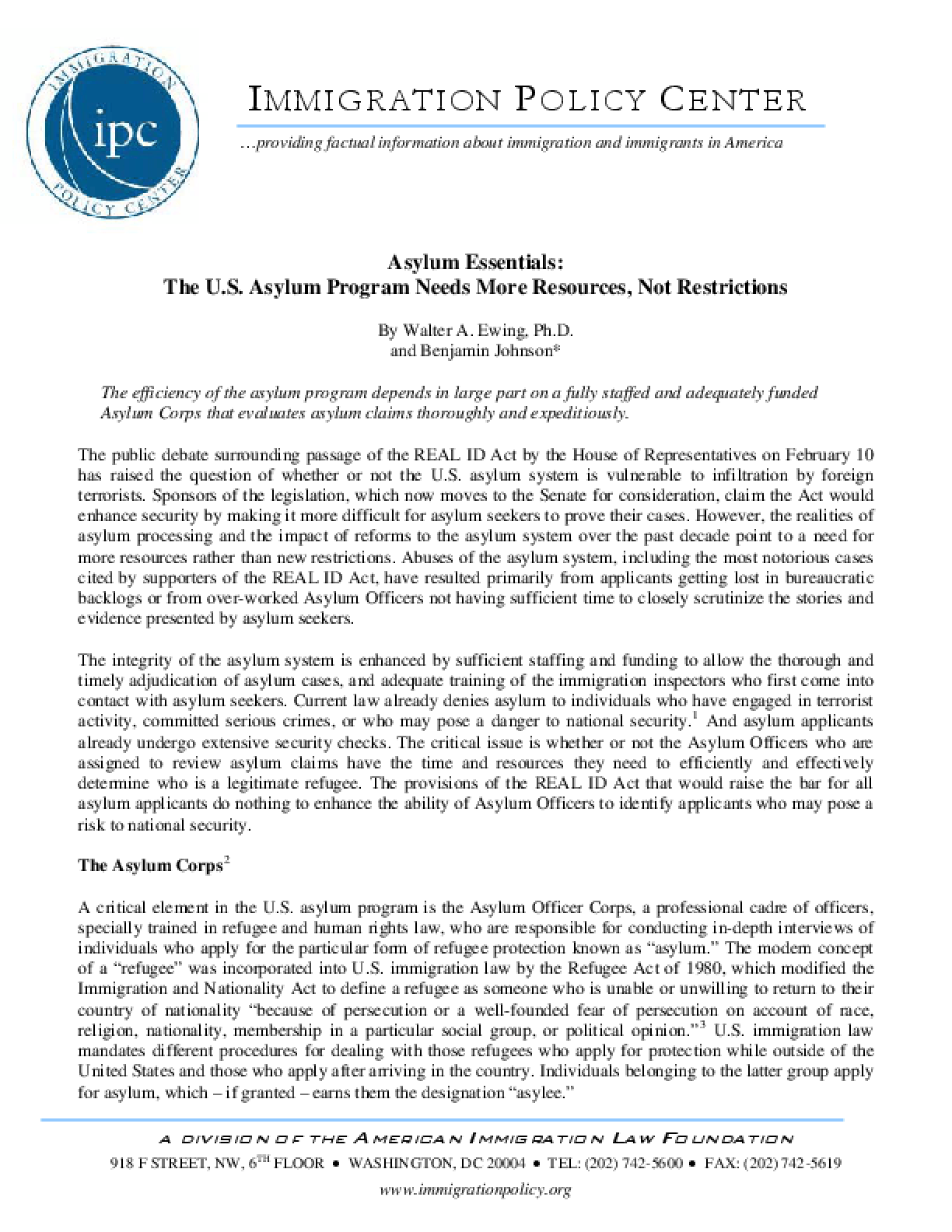