Asylum: The truth behind the headlines

This report arose from a serious concern about the quality of press coverage on asylum in Scotland, and the degree to which asylum seekers arriving in the country are badly affected by the negative coverage that they receive in the Scottish press. It aims to explore how this adverse treatment in sections of the press has been instrumental in creating a climate of fear and hostility towards asylum seekers among sections of the Scottish public, and in supporting government policies which increase hardship and suffering among Scotland's asylum community. The report also sets out a range of recommendations to ensure fair and informed reporting of asylum issues in future. 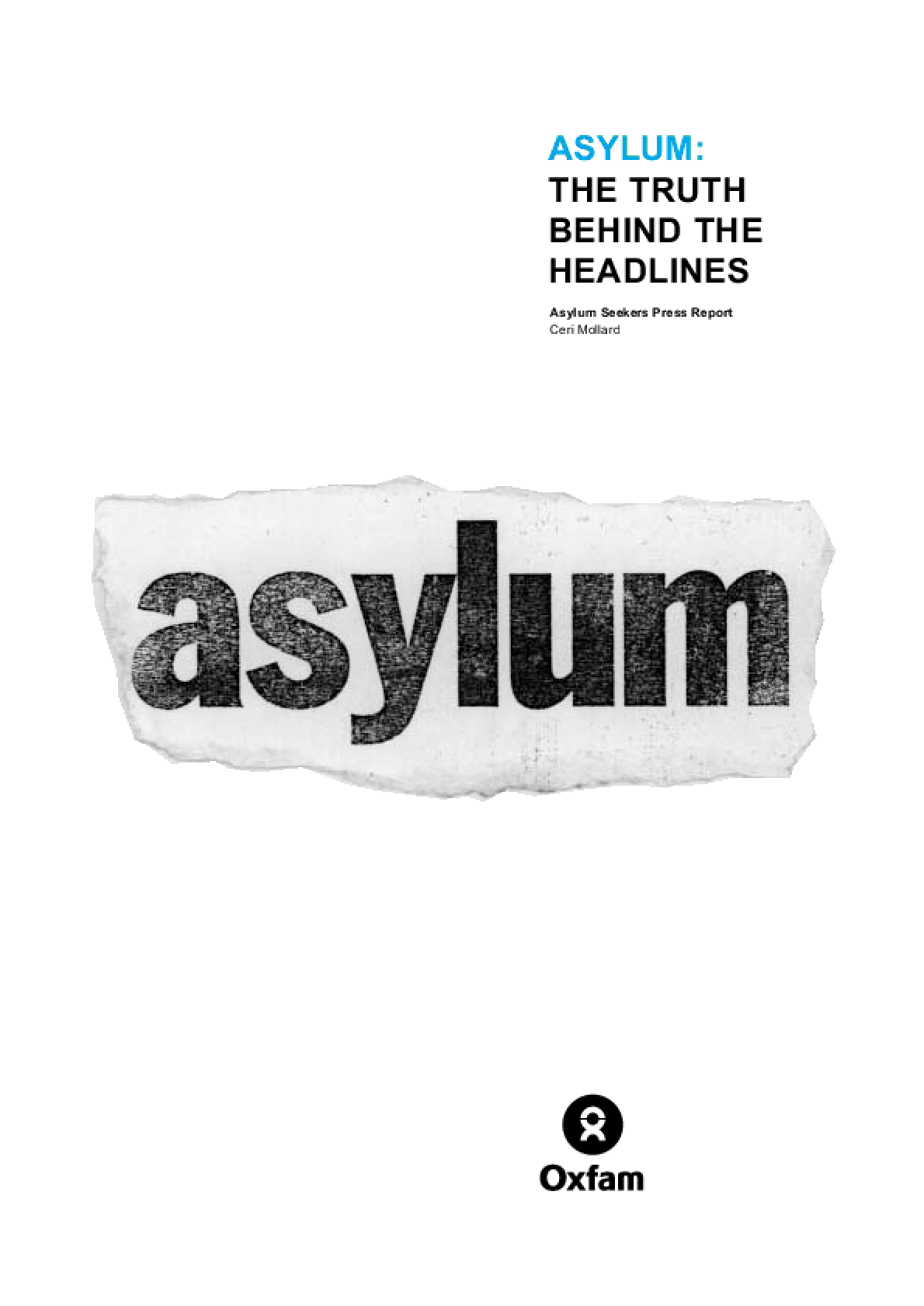