At the Razor's Edge: Building Hope for America's Rural Poor

Hurricane Katrina exposed the poverty that lay in our midst, and although the images served to remind the country of its enduring inequality, the picture was one of urban poverty. What the images failed to expose is the rural face of poverty, which in the South -- and especially in the Delta -- is the face of poverty. About one-third of the area hit by Katrina is rural, and the rate of poverty in the rural South stands at nearly 18%, the highest of any region in the country. What is too often overlooked is that poverty rates nationwide are consistently higher in rural than in urban areas (as a percentage of the population), and poverty is far more persistent in rural localities. On one level, the rebuilding of the Delta and other parts of the mid-South region represents an opportune time to refocus our lens on what we know about rural poverty and to outline adaptable blueprints that poor rural counties may adopt in their quest to eradicate poverty. This brief offers an important step in outlining the causes of rural poverty and delineating strategies that can move rural areas on the path of social and economic stability. This brief is from Rural Realities; Volume 1, Issue 1. Rural Realities is published by the Rural Sociological Society. It is is a peer-reviewed, web-based series that is published four times a year. Each issue is devoted to a single topic. 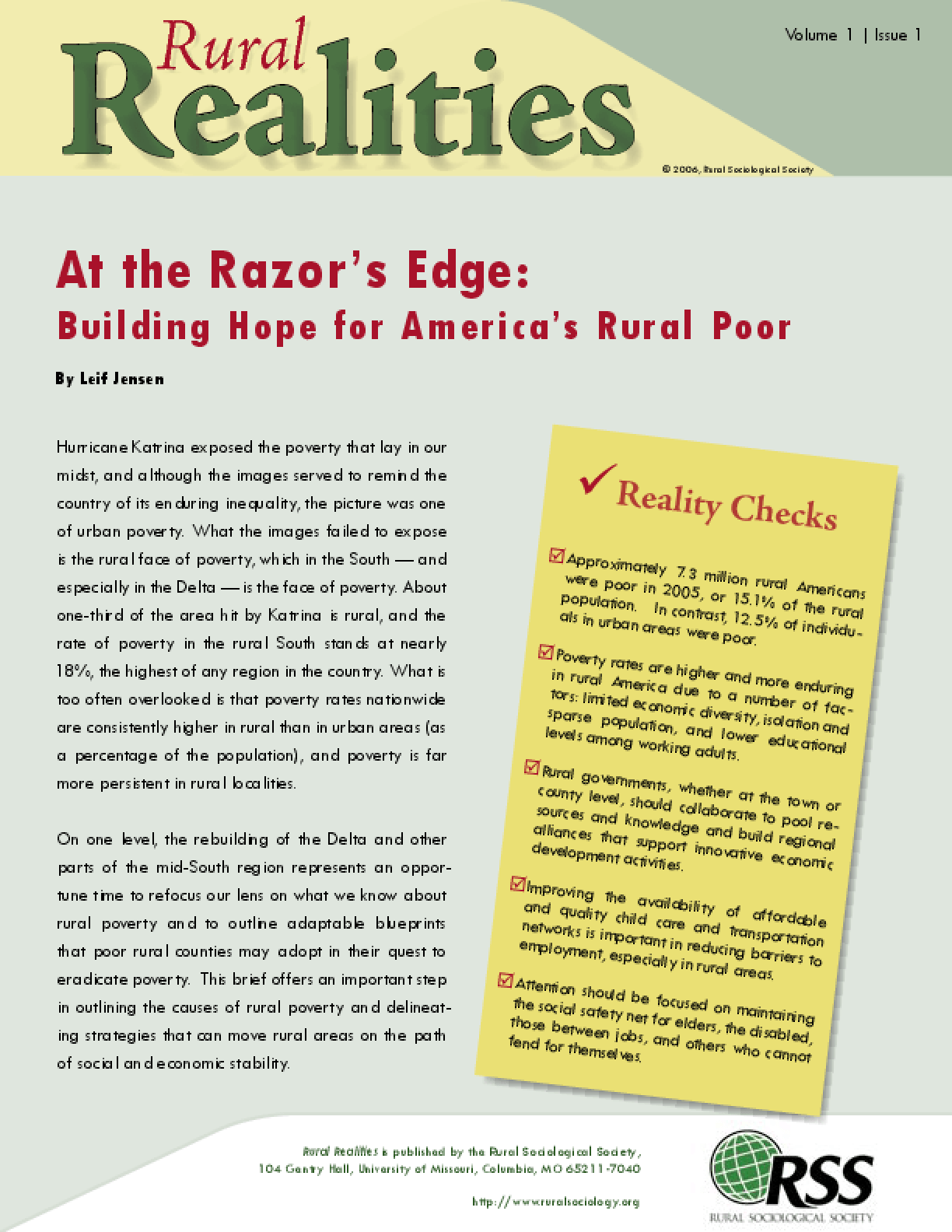