Atlanta Consultation II: On the Future of the NPT

The Middle Powers Initiative, a program of the Global Security Institute, organized an Extraordinary Strategy Consultation on the Nuclear Non-proliferation Treaty (NPT) 2005 Review Conference in cooperation with former U.S. President Jimmy Carter at The Carter Center in Atlanta, Georgia, January 26-28, 2005. Entitled Atlanta Consultation II: On the Future of the NPT, the gathering involved high-level representatives of key governments and was modeled after the successful Atlanta Consultation I held at The Carter Center in 2000. This report helped identify workable proposals for governments to consider as they prepared for the 2005 Review. 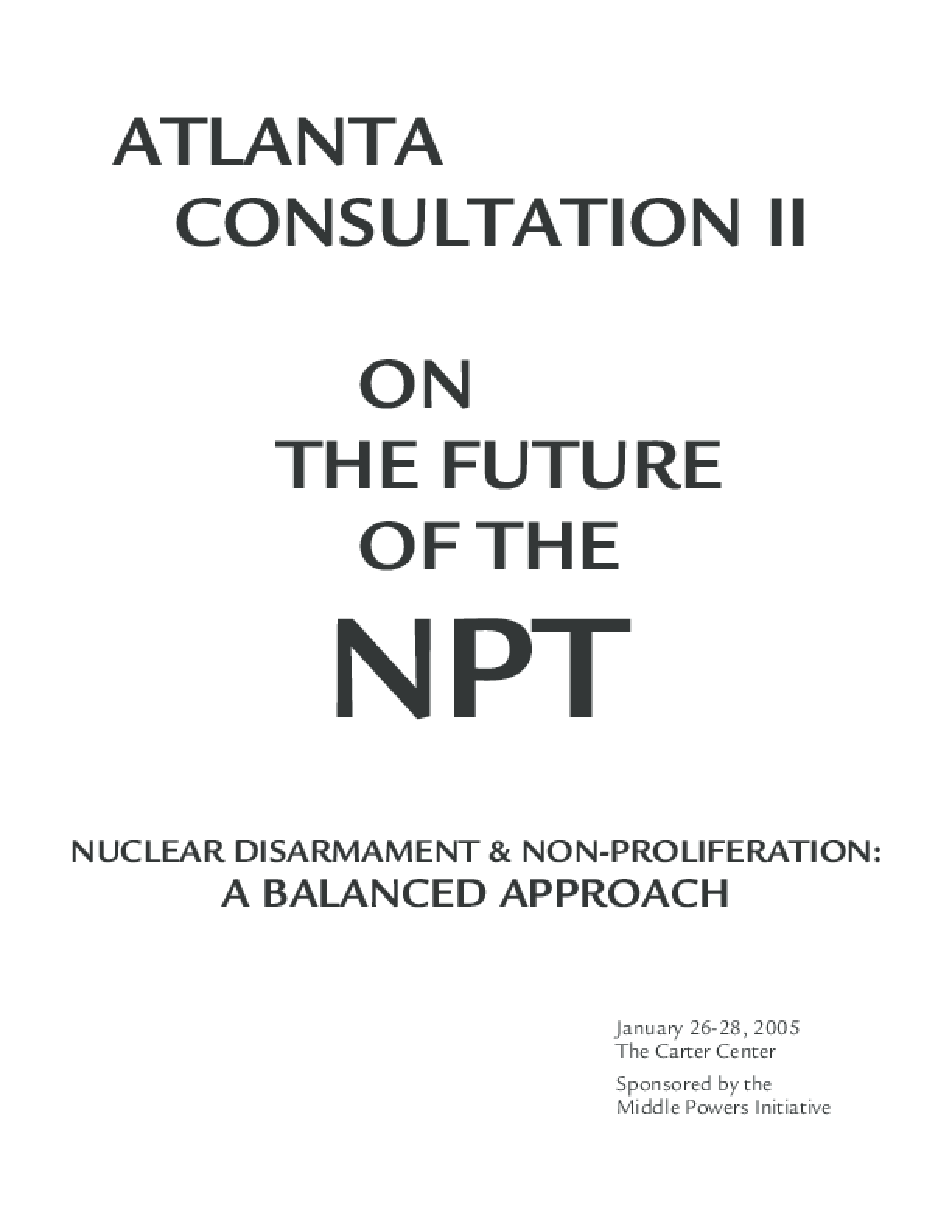