ATM Surcharges and the Expansion of Consumer Choice

Since the imposition of surcharges for the use of automatic teller machines became widespread in 1996, the number of ATMs has increased significantly. That increase has benefited consumers greatly by making bank transactions more easily accessible. Critics of surcharges claim that banks are not passing cost savings generated by large ATM networks on to consumers. Such claims are false; operating ATMs is expensive and forces banks to use their own resources to meet consumer demand for ATMs. And surcharges are not anti-competitive; the banking industry remains competitive. Surcharges have created a new area of competition among banks as they try to meet consumer needs for fast and easy access to banks. Consumers who do not want to pay surcharges have plenty of options for accessing their bank accounts without paying a fee. A ban on ATM surcharges, as proposed by Sen. Alfonse D'Amato (R-N.Y.), would serve only to deny an important timesaving option to consumers who are willing to pay for the convenience of ATMs. 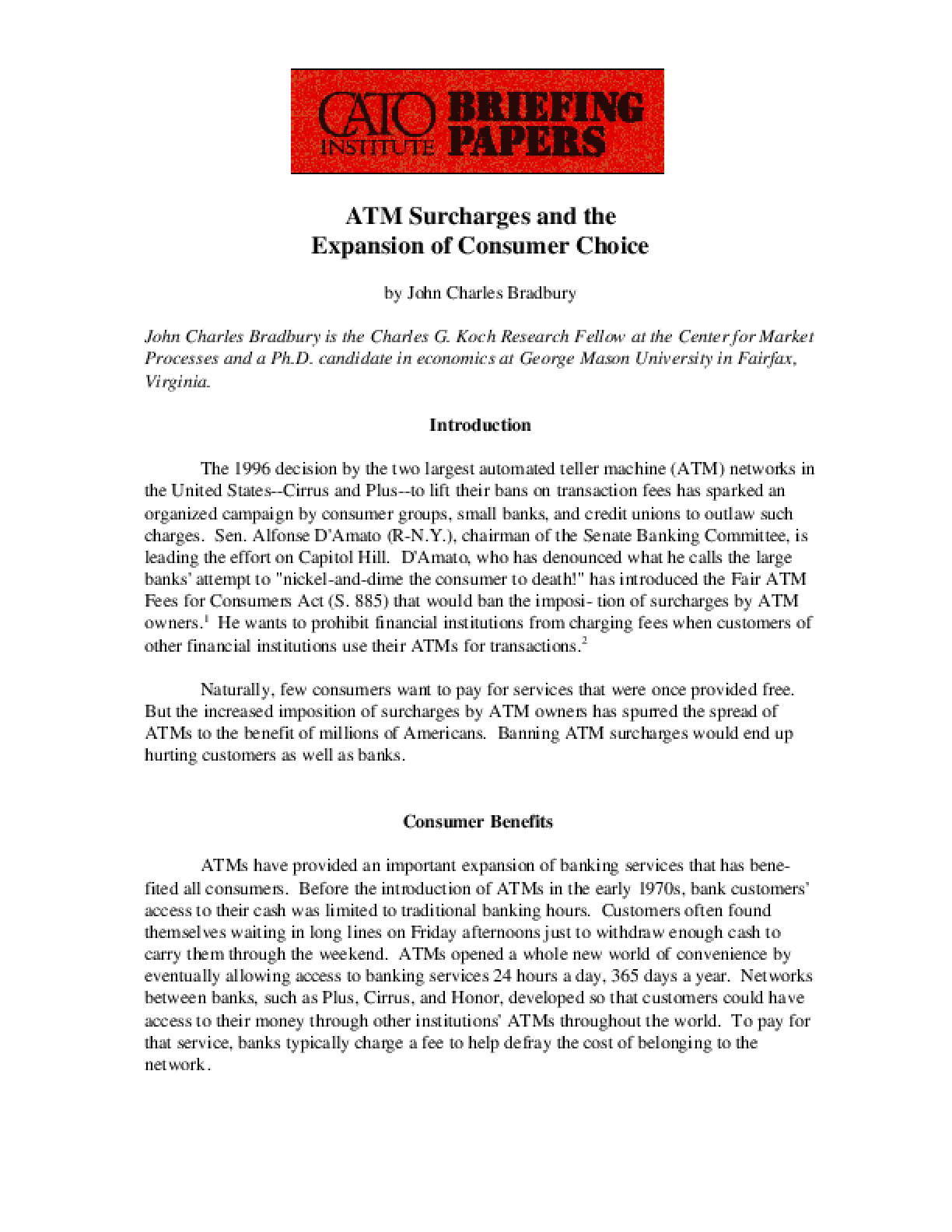