This paper considers the case for and against 'the treasury view' - the idea that in a downturn, government spending has no effect on economic activity or unemployment. The report covers three areas: the evidence for expansionary fiscal contraction -- that somehow cutting budget deficits will lead to an increase in growth, even in the middle of a downturn; the logic of expansionary contraction; and finally, a more sustainable path for the economy that is not designed to generate inequality in the same way that the pre-crisis economy was. 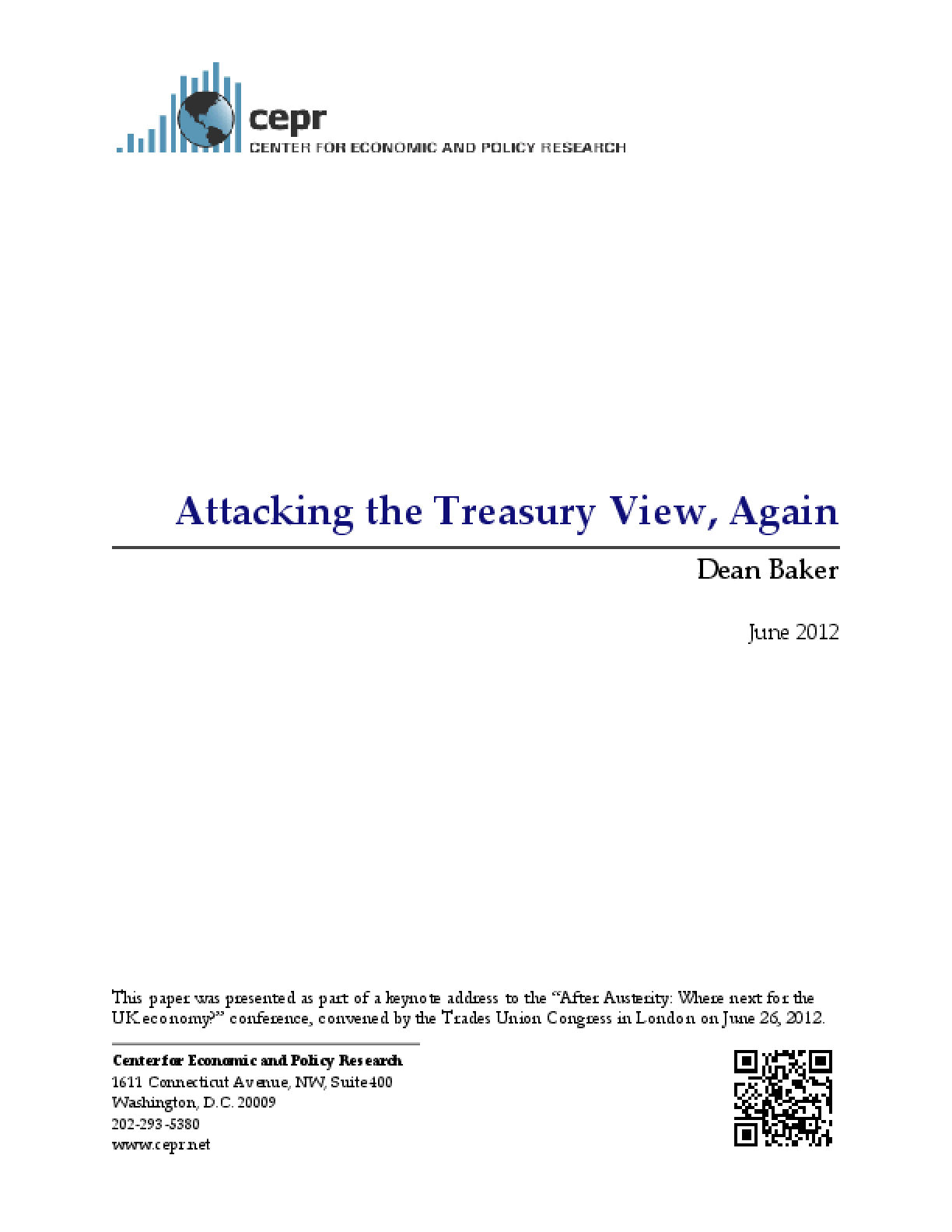