Attendance and Public Participation in the Performing Arts: A Review of the Empirical Literature

by Bruce A. Seaman

While audience and participation surveys, as well as econometric demand studies, generally confirm that performing arts audiences are relatively elite, there are surprises. Education (despite conflicting causal interpretations) is a stronger determinant than income, but that evidence is more reliable from survey results than from econometric estimation, and arts training is often distinguished from formal education. The arts as luxury goods can only be confirmed by those rare studies controlling for the value of time, and price elasticities are often higher than expected, especially when more disaggregated data are examined. Price inelastic demand is more likely the result of low pricing strategies of non-profit arts managements rather than any inherent result of an acquired taste for the arts, while cross-price elasticity evidence is relatively weak, even within the performing arts. Arts demand cannot adequately be estimated without also considering "life-style" variables, or non-standard socioeconomic factors such as sexual orientation, gender and socialization processes, and even the role of age has been notably complex. Quality of arts performance or organization seems important, but the econometric results are mixed. Habit formation must be distinguished from learning-by-consuming and rational addiction in examining dynamic determinants. Sociologists, psychologists, and marketing specialists, as well as economists, have contributed to this literature, which remains unusually enigmatic despite about forty years of increasingly sophisticated analysis. Working Paper 06-25 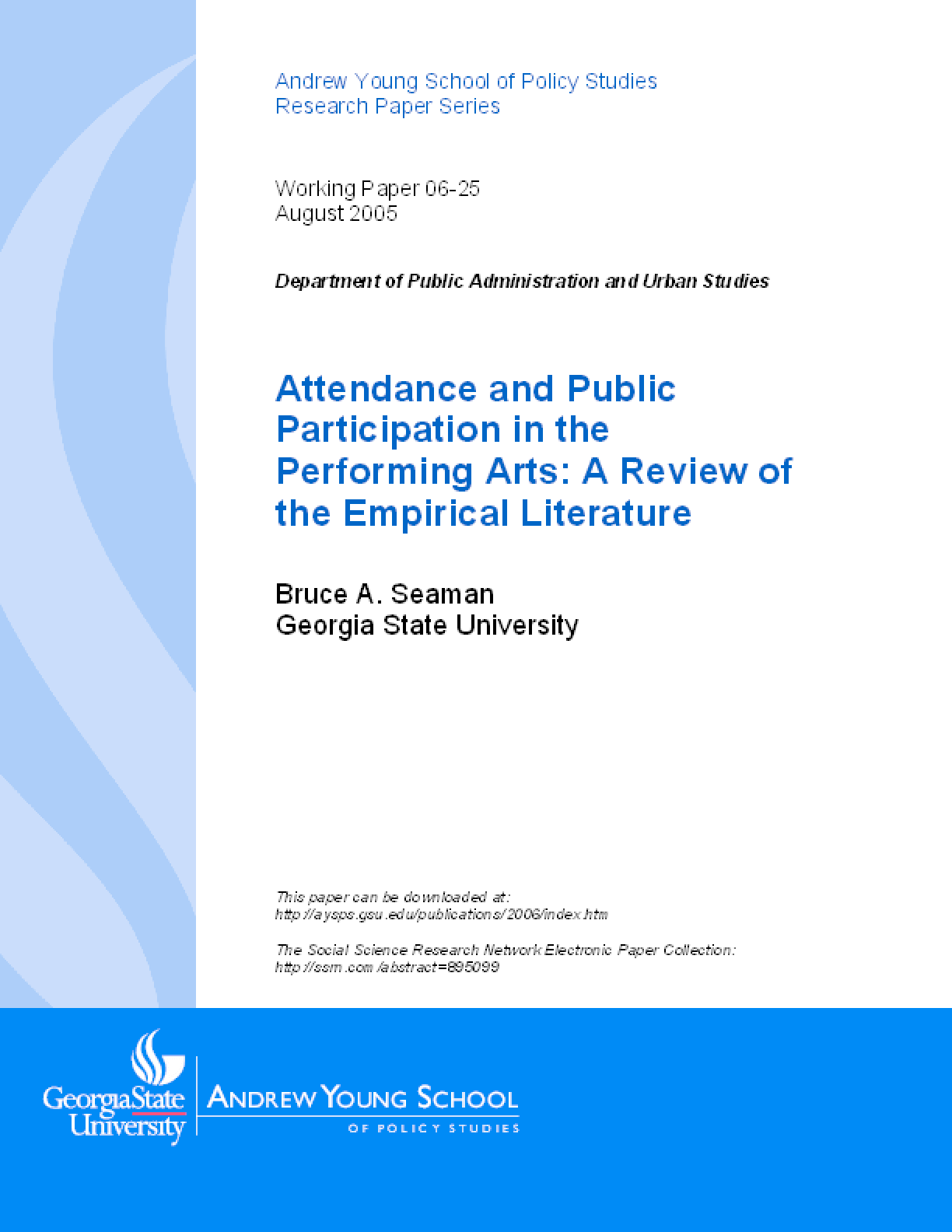