Attitudes of US Voters Toward Youth Crime and the Justice System

In January, 2007, NCCD commissioned Zogby International to conduct a national public opinion poll about American attitudes toward our nation's response to youth crime. The results of this poll showed that striking majorities favor rehabilitative services for young people and, despite a lack of confidence in the juvenile system, are largely opposed to prosecuting youth in the adult court and incarcerating youth in adult facilities. The public apparently recognizes that young people need and deserve assistance and forbearance on the part of society and its institutions. It is clear from the survey responses that most of the American voting public thinks that giving young people the help they need to mature, learn, and overcome the mistakes of youth is key to enhanced public safety. 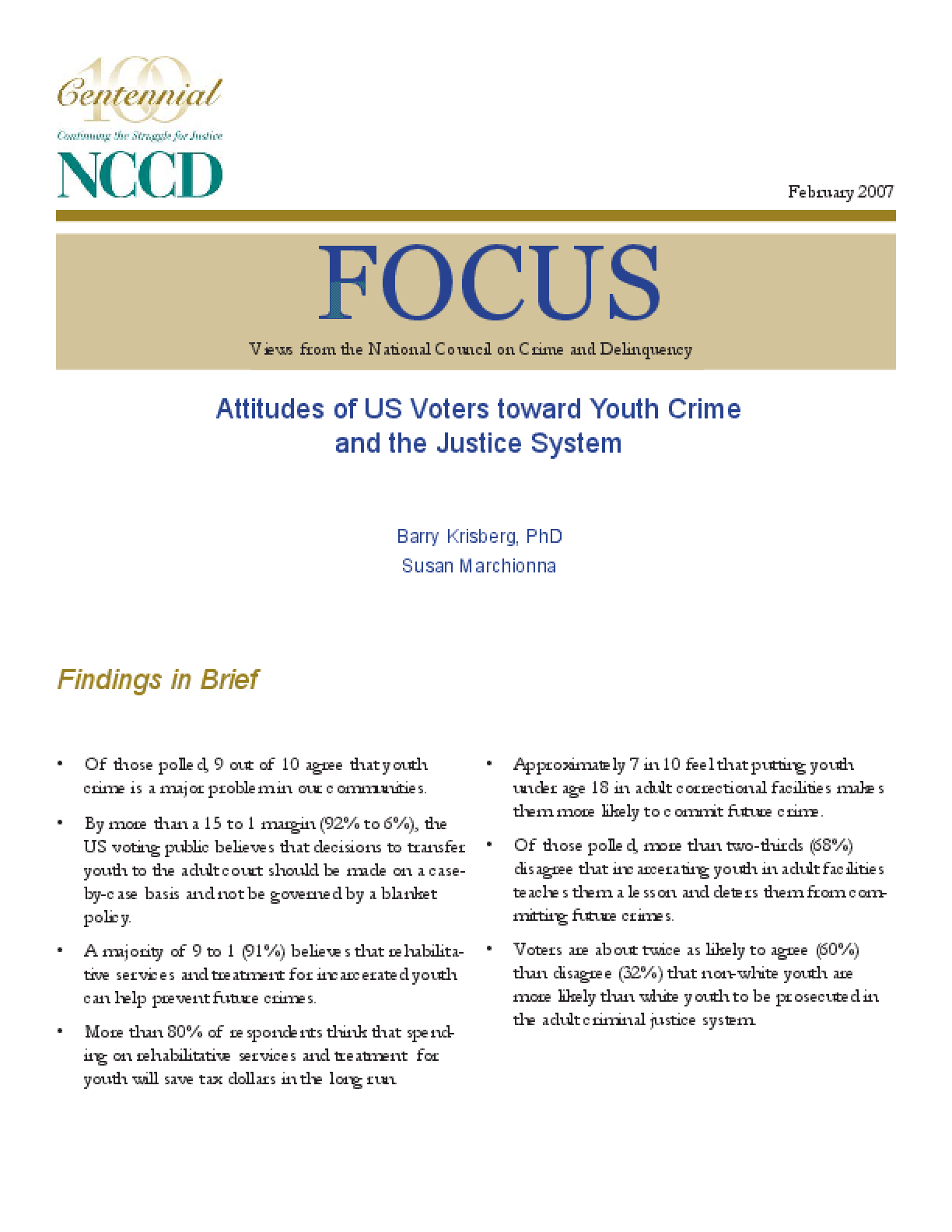