Attracting and Retaining Talent: People and Jobs for the 21st Century

Jacksonville's ability to thrive in the 21st century global knowledge-based economy hinges on its ability to attract and retain talented workers and high-wage knowledge-economy employers.

Jacksonville competes for these people and jobs with cities around the world that are strategically building their intellectual infrastructure and marketing themselves as vibrant, exciting, and welcoming communities.

Jacksonville already has many of the key pieces in place to become a talent magnet. The economy is diverse, the community is generally thought to offer a high quality of life, and the area is richin natural and cultural amenities. In addition, Jacksonville is also relatively competitive with other cities when it comes to attracting business. The community is often nationally ranked as a greatcity for relocating or starting a company based on the low cost (labor and taxes) of doing business locally. Jacksonville provides affordable living, exceptional medical care, and an increasingly diverse population mix to attract well-educated, well-trained workers.

What Jacksonville lacks is sufficient high-skill, high-wage jobs to attract and retain a highly skilled, highly educated workforce. Jacksonville's technology and research base, a critical foundation for the knowledge-based economy, ranks among the lowest metropolitan areas in the country. The city's persistent inferiority complex and overly-pessimistic views of public education and cultural vibrancy make it more difficult to keep talented people and attract others in.

Making Jacksonville a preferred city for living, working, and playing is the key to retaining educated workers, whether they are defined as the creative class, knowledge workers, young professionals, mid-level professionals with families, or working empty nesters. Attracting and retaining talent in Jacksonville requires specific strategies that focus on the following:

The lesson throughout the study's findings, conclusions, best practices,  and ultimately its recommendations is that Jacksonville need not invent anything new to become a talent magnet. If the community plays to its strengths and acknowledges its shortcomings by dedicatingresources to overcoming those deficits, Jacksonville will be transformed into a knowledge-based economy, ready to take on the world. 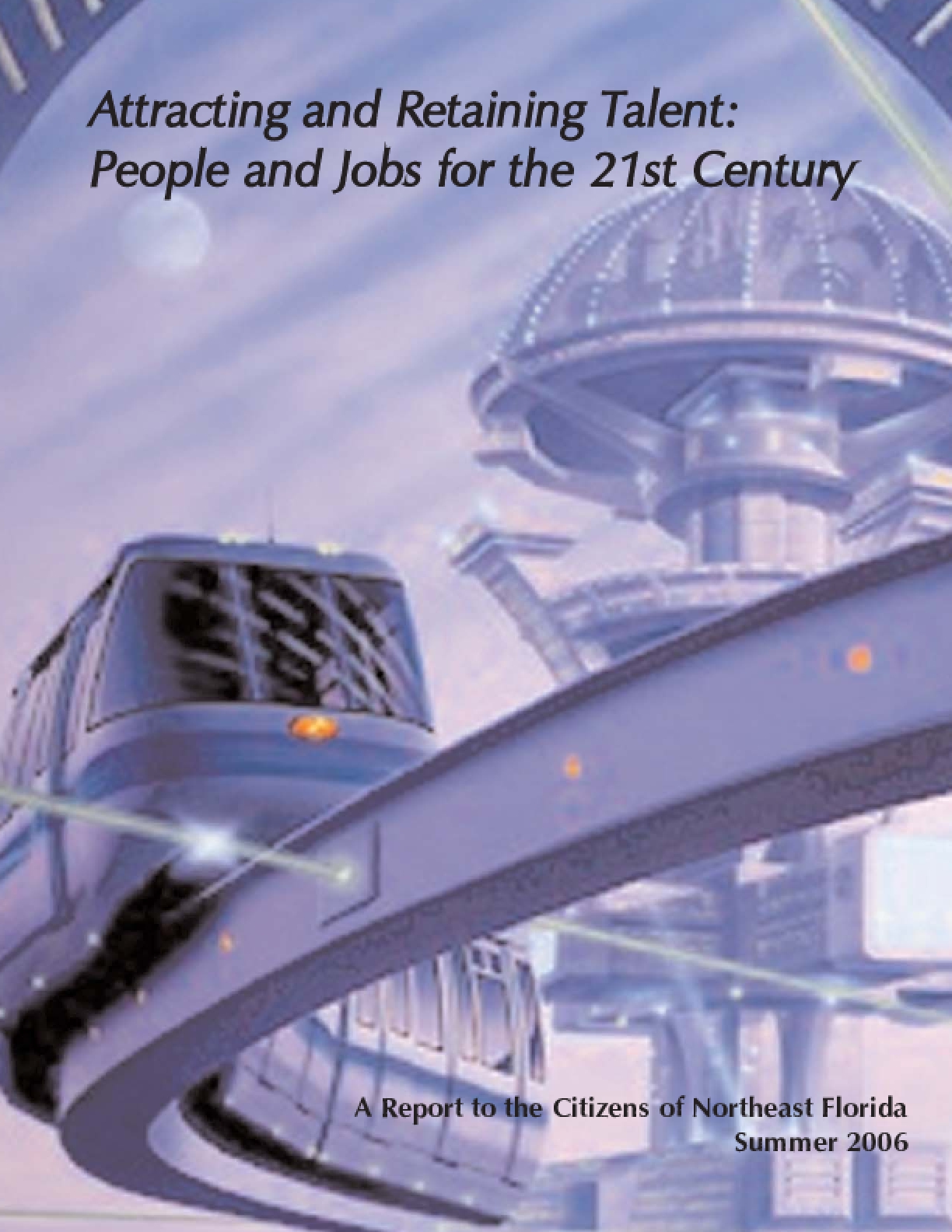