Attracting the Best and the Brightest: The Promise and Pitfalls of a Skill-Based Immigration Policy

One question that recently received heightened attention from lawmakers is whether or not immigrants should be admitted to the United States less on the basis of family ties and more on the basis of the skills they can contribute to the U.S. economy. Today, the most common way permanent immigrants enter the United States legally is through sponsorship by a family member already in the country. By contrast, nations such as Canada, Australia, and the United Kingdom admit immigrants primarily for employment reasons, based on a point system. Points are assigned on the basis of educational level, professional skills, proficiency in the host country's language, and other qualities that increase immigrants' likelihood of integrating into the host country's labor market. Policymakers should investigate how a similar policy might work in the United States. Although some of the practices associated with a point-based immigration system might benefit the U.S. economy, policymakers should be careful not to assume that such a system would be a panacea for the widespread dysfunction of U.S. immigration policies. Among the findings of this report: Today, the government allocates 480,000 visas each year to family-sponsored immigrants and 140,000 visas to immigrants entering to work. Approximately 86 percent of permanent employment visas are reserved for immigrants who are highly skilled or hold advanced degrees. Given the realities of immigration to the United States today, the government would face several challenges to implementing a system that selects most immigrants based on their skills, because a point system would multiply the paperwork and bureaucracy. The waiting times for immigrants wanting to join family would grow even longer as consideration of their applications was delayed in favor of immigrants with skills the nation desires. A point system favoring high-skilled workers would not meet the demand for less-skilled workers in industries such as agriculture, construction, and services, especially as more native-born workers earn college degrees, and as the U.S. population ages and the pool of native workers shrinks. U.S. businesses might suffer under a skill-based point system that reduces the flexibility of the labor market. Instead of employers directly recruiting the immigrants they need, the government would take on the responsibility of filling labor gaps and determining the skills of immigrants entering the labor force. The danger in this is that shortterm labor shortages could take priority over building longer-term economic stability and growth. Canada's experimentation with its immigration system provides a valuable lesson for U.S. policymakers in considering if and how such a system could be implemented in the United States. Its experience indicates that any point system should not replace other systems, but rather serve as a complement to them. 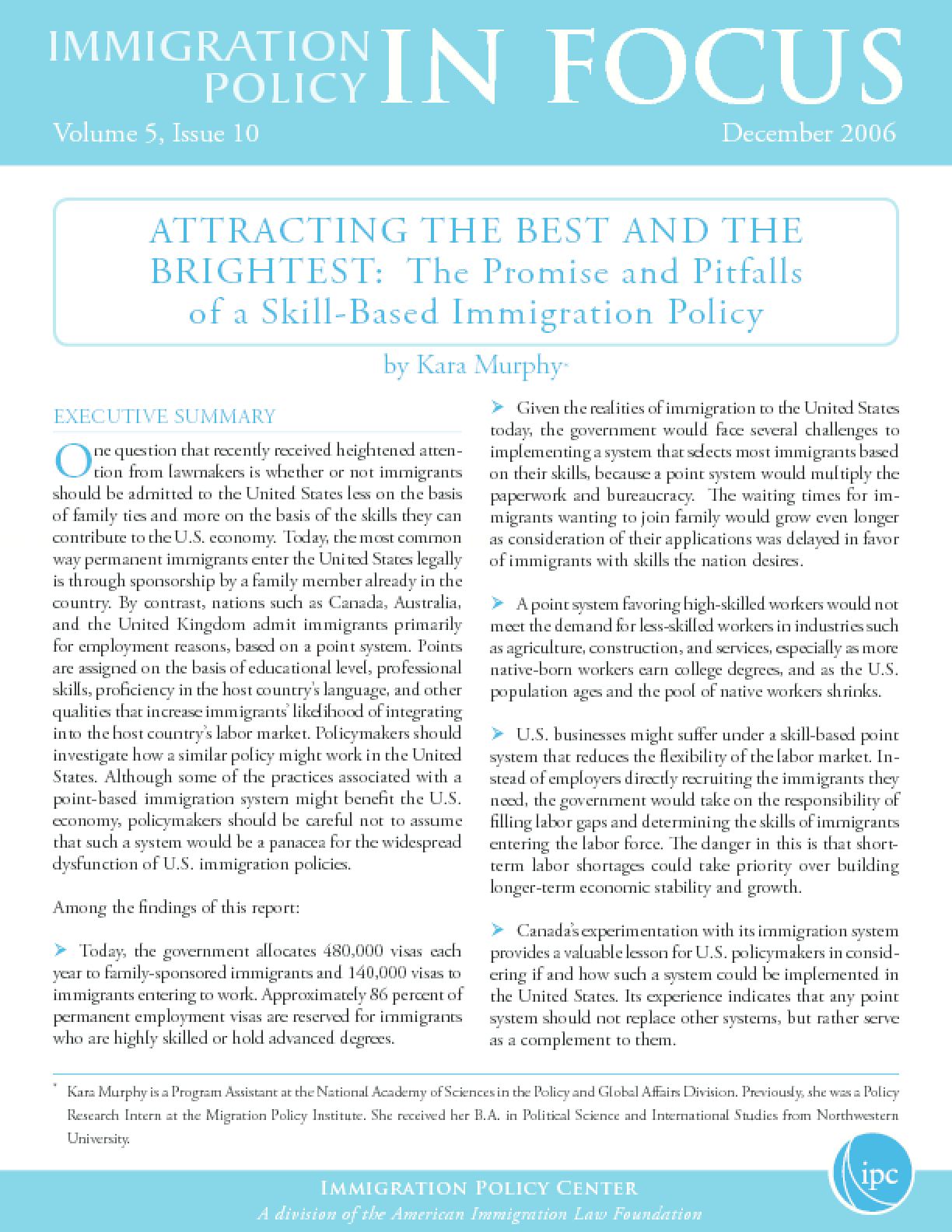