Community foundations inhabit a unique position as the voice of the local community. However, despite their relevance to Australian circumstances, such an approach has as of yet remained largely unpursued. In this paper, Emily Fuller explores the international practices of community foundations, arguing that the community philanthropy model offers opportunities to more effectively impact the allocation of government and private resources. Rather than position asset building and community building as mutually exclusive functions of community foundations, Ms. Fuller demonstrates that being a community builder also builds assets. In order to provide a set of tools and traits for future adaptation to Australian contexts, Ms. Fuller identifies and analyzes five unique roles played by community foundations: starting the hard conversations; keeping a finger on the community pulse; being a champion of local community organisations; being a grantmaking intermediary; and being the first responder. Ultimately, Ms. Fuller concludes, uniting around a common vision and strategy would provide Australian community foundations with a critical first step in realizing their potential, thus capturing the voice of the community, increasing local coordination and accountability, and influencing an improved response to local circumstances. 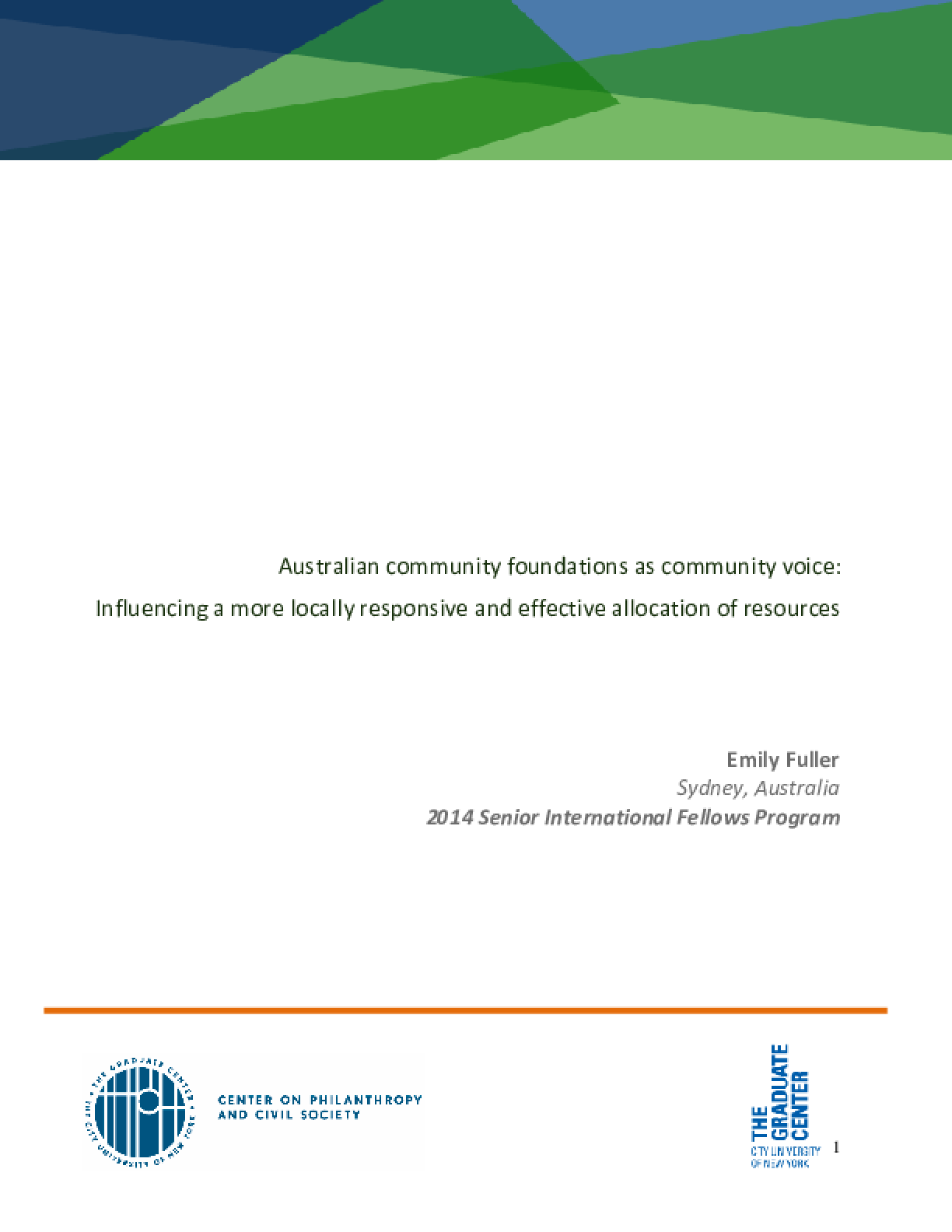