Key facts: - While there have been many advances in vehicle efficiency technology in the past 20 years, US automotive fuel economy peaked at 22.1 miles per gallon (mpg) in 1987, and has declined to about 21 mpg in 2005, according to the EPA. - This trend has occurred due to increased annual vehicle miles driven, greater horsepower, as well as the recent growth of sport utility vehicle (SUV) and light truck sales. From 1981 -- 2003, the average vehicle has gained 24 percent more weight, has 93 percent more horsepower, and has a 29 percent faster 0-60 mph time. In addition, light trucks accounted for 50 percent of vehicle sales of the 2005 model year, nearly twice their market share in 1985. - Fuel efficient vehicles may reach twice the fuel efficiency of the average automobile. Cutting-edge designs, such as the diesel Mercedes-Benz Bionic Concept Vehicle have achieved four times the current conventional automotive average, as high as 84 mpg for the Bionic Vehicle. 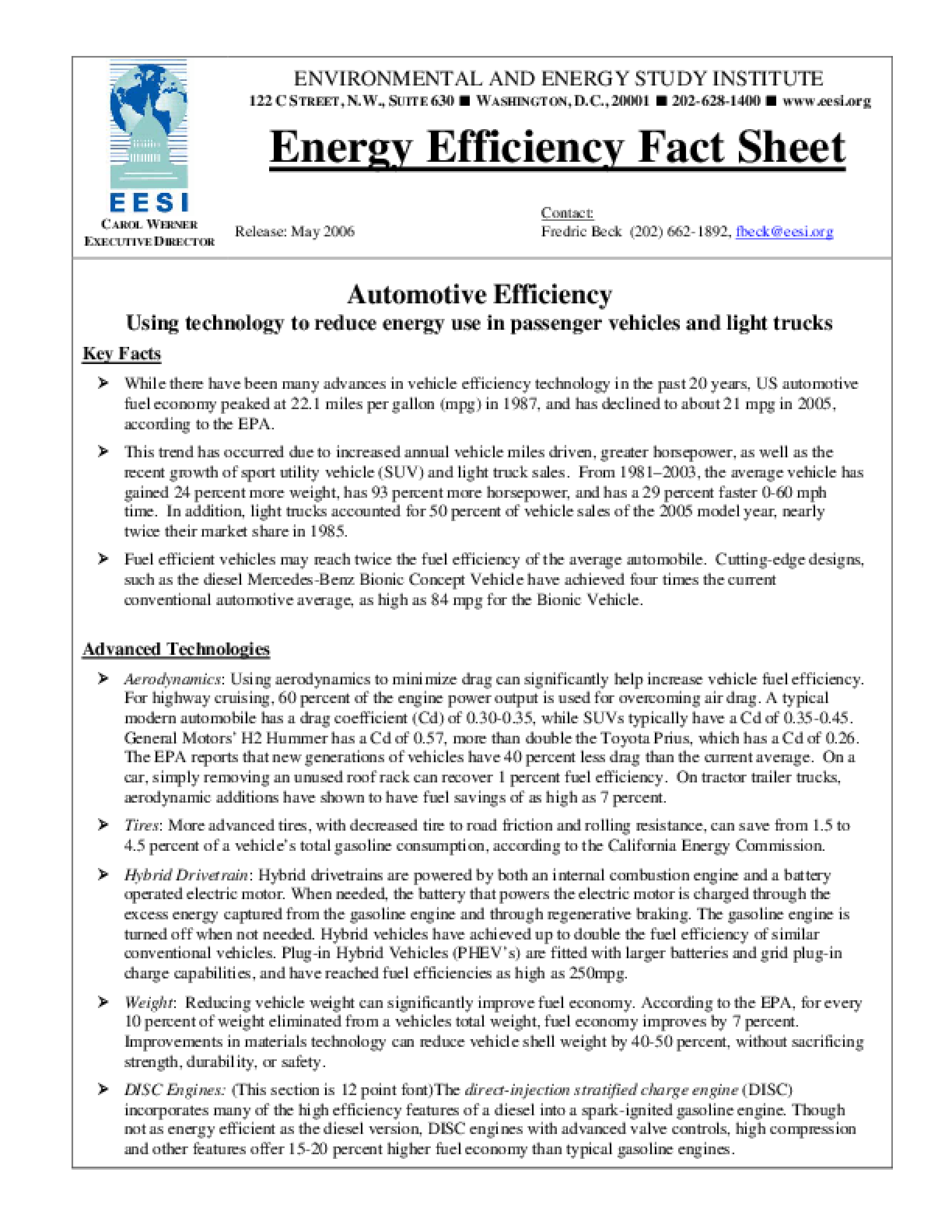