Autonomous Vehicles: State of the Technology and Potential Role as a Climate Solution

Autonomous vehicles (AVs) are an emerging technology in surface transportation with tremendous potential to change the way individuals and communities interact with the built environment. The widespread use of AVs could also have a substantial impact on greenhouse gas emissions from the transportation sector, which is responsible for the largest share of emissions in the United States at 28 percent. The vast majority of those transportation emissions—82 percent—are from cars and trucks, many of which could be replaced with AVs. A recent study suggests that half of new vehicles could be autonomous by 2050, and half of the entire vehicle fleet by the 2060s. Another, related key trend in transportation is electrification: more than half of all new passenger vehicles will be electric by 2040, according to a BloombergNEF study, and most AVs are expected to be electric. Whether AVs increase or reduce greenhouse gas emissions could help make or break efforts at keeping climate change in check. This issue brief reviews the projected environmental impacts of AVs, the benefits AVs could provide as a form of mass transit, and an overview of AV development, testing, and policies in the United States as well as internationally. 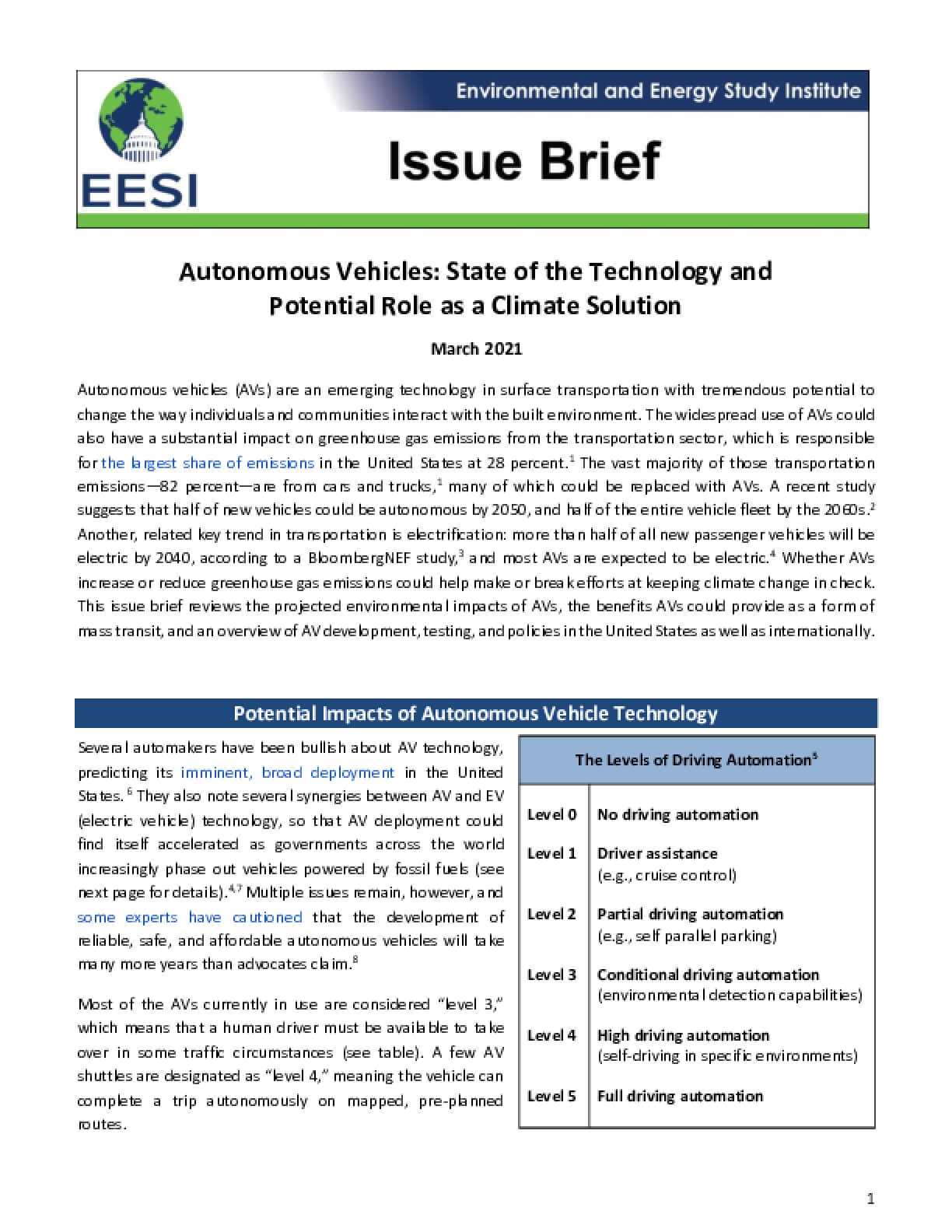