Ohio's charter-closure law is touted as one of the toughest in the nation because it requires the automatic closure of charter schools that consistently fail to meet academic standards. The law has been showcased by the National Association of Charter School Authorizers (NACSA) in its "One Million Lives" campaign, which calls for tougher state laws to close failing charter schools. The widespread attention and support of the NACSA campaign has pushed Ohio's closure law into the spotlight as a model of accountability for low-performing charter schools. However, The Plain Dealer's editorial board, in a commentary on NACSA's praise of Ohio's charter school accountability standards, pointed out what NACSA did not: Ohio's charter school laws, while they may have stronger mandates for closure than those of other states, are still replete with loopholes. Since the charter-closure law went into effect in 2008, 20 schools across the state have met closure criteria, and all are currently listed as closed by the Ohio Department of Education (ODE). But an investigation of the schools by Policy Matters revealed that eight schools -- and the management companies that run them -- have found ways to skirt the closure law and remain open, severely undermining the law's effectiveness and highlighting the lax accountability that prevails in Ohio's charter sector. For-profit managers -- the Leona Group, Mosaica Education and White Hat Management -- operate six of the reopened schools. 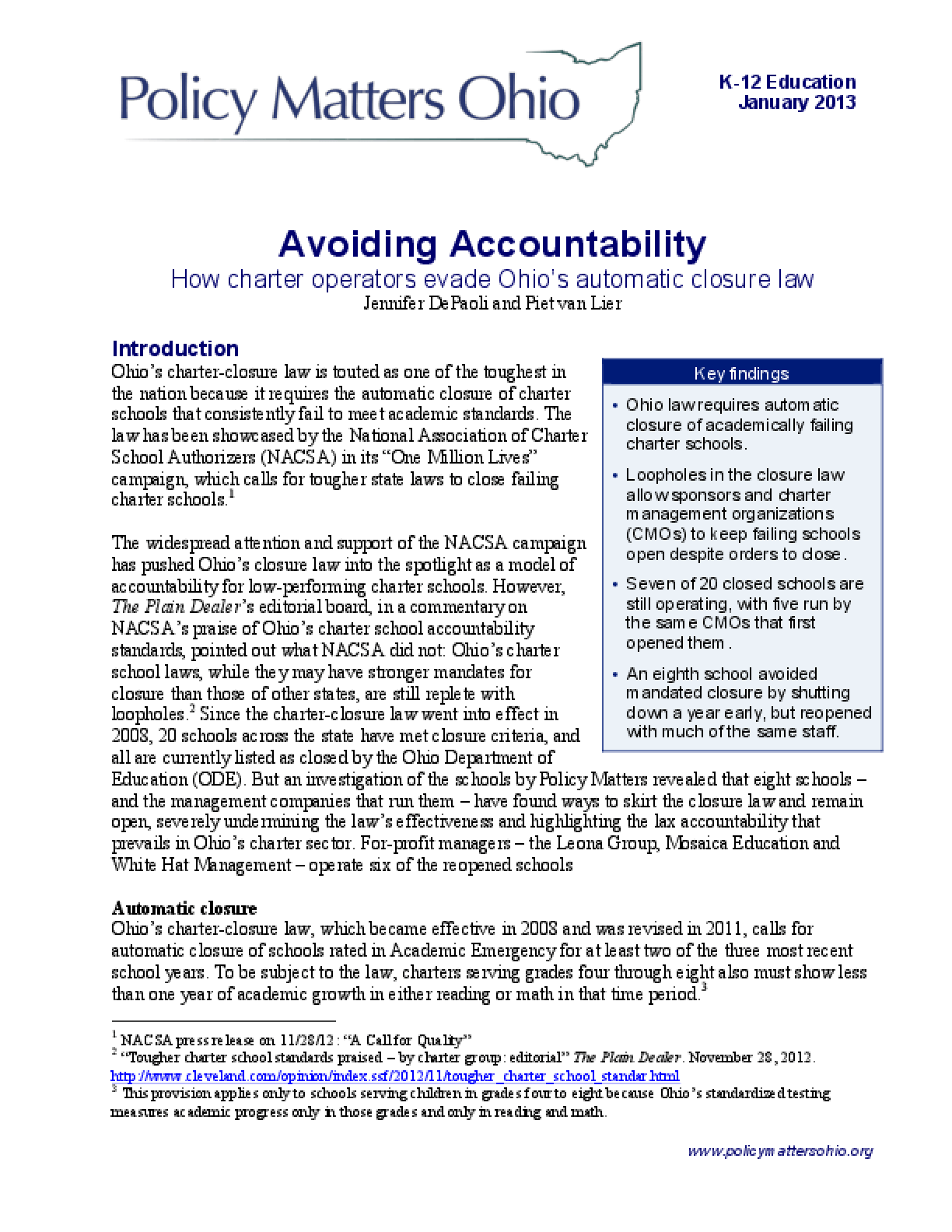