Back in Sight, Back in Mind

In partnership with people taken from their families and confined to remote camps before a cure was found for a destructive disease, HANDA Rehabilitation & Welfare Association helps the leprosy-afflicted find comfort and dignity while contending with the emotional and physical consequences of lives lived in isolation.

HANDA Rehabilitation & Welfare Association, a NGO headquartered in Guangdong province provides services to leprosy villages in 12 of China's 23 provinces, but mainly focuses on Guangdong, Guangxi and Yunnan provinces, the three with the most villages.

The NGO is commonly known as simply HANDA. The first three letters come from the surname of a Norwegian doctor, Gerhard Hansen, who in 1873 identified the bacteria that cause leprosy and which typically breed in areas with low-quality water and sanitation. The last two letters of HANDA are a tribute to the first name of Damien de Veuster, a Belgian priest who devoted his life to helping residents of a leprosy village in Hawaii. The organization's name was the idea of a Chinese professor and doctor, Yang Lihe, HANDA's founder, who spent his professional life researching the treatment and prevention of leprosy. 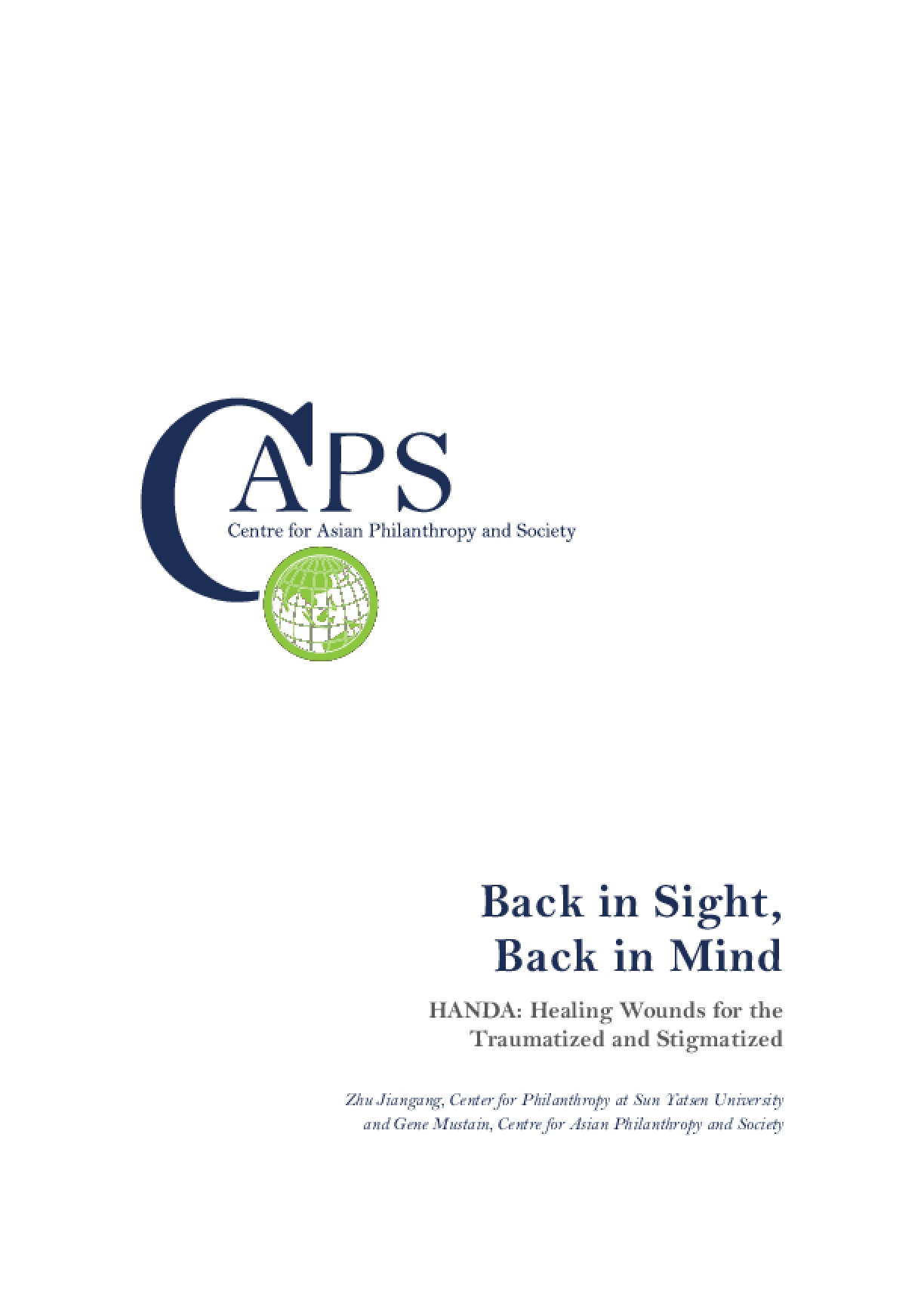