Describes background checks for firearms transfers conducted in 2015 and presents estimates of firearm applications received and denied annually since the effective date of the Brady Act in 1994 through 2015. Statistical tables provide data on the number of firearm applications processed by the FBI and state and local agencies, number of applications denied, reasons for denial, and estimates of applications by jurisdiction and by each type of approval system. Findings are based on data from BJS's Firearm Inquiry Statistics program, which annually surveys state and local background checking agencies to collect information on firearm background check activity and combines this information with the FBI's National Instant Criminal Background Check System transaction data to generate national estimates. 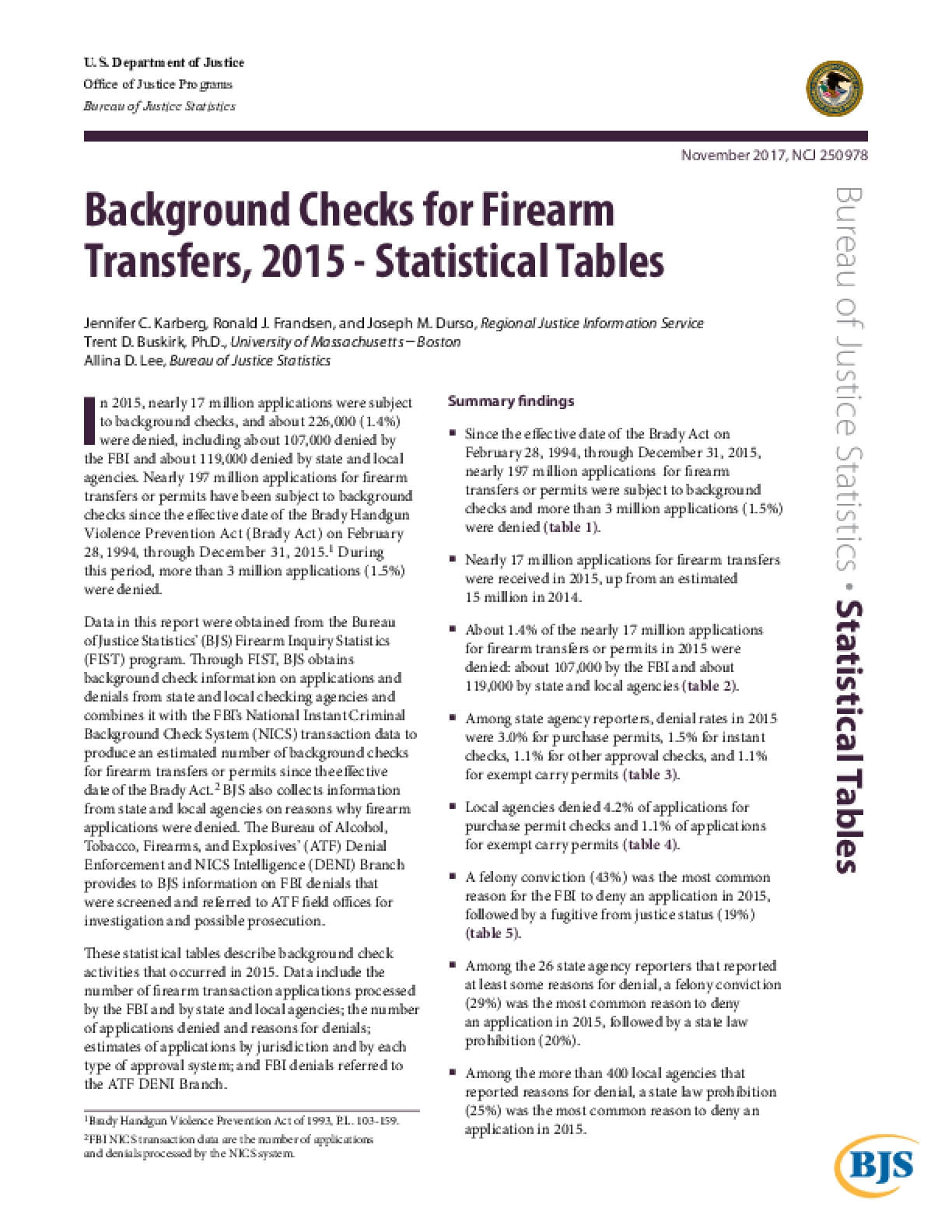