n 2008, the Center for Constitutional Rights (CCR), along with partners from the US Human Rights Network, the Justice Committee and Peoples' Justice coalition presented testimony to the United Nations Special Rapporteur on Racism on the occasion of his 2008 mission to the U.S.

Our presentations and meeting focused on the New York Police Department's pattern and practice of racial profiling and police brutality.

In addition to meeting with the Special Rapporteur, we submitted a written backgrounder which covered these issues and provided recommendations for reform - some of which he included in his final report. 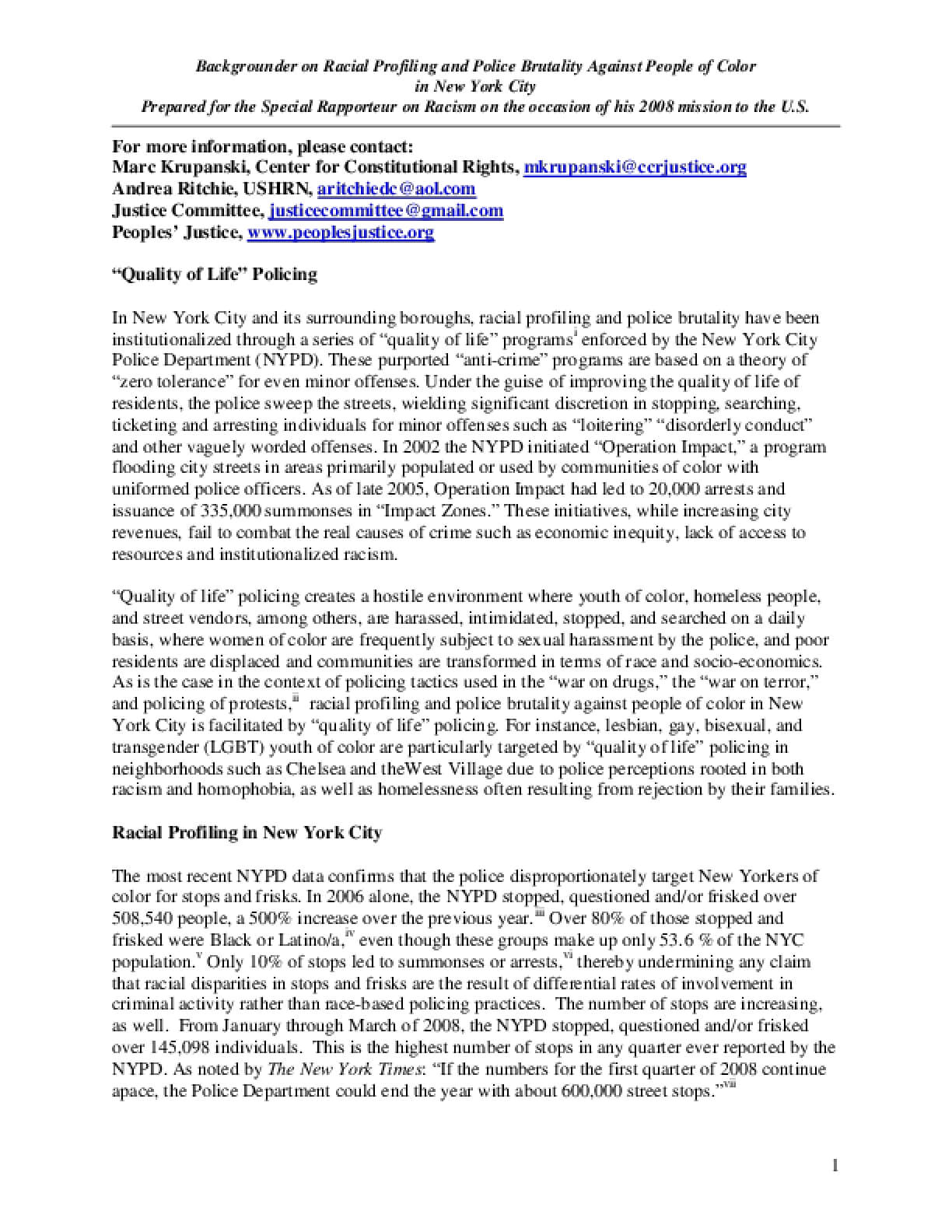