The US Federal Government passed the $787 billion American Recovery and Reinvestment Act (ARRA) of 2009 to create jobs and stabilize the economy, $4 billion of which was allocated to meet the public housing capital responsibilities overseen by the Department of Housing and Urban Development (HUD). The New York City Housing Authority (NYCHA) received $423 million from the Recovery Act to make much-needed repairs to public housing developments around New York City. Currently, NYCHA's stock of public housing faces a backlog of $6 billion in repair needs, as a result of years of federal disinvestment from government housing programs. The $423 million will not satisfy the existing $6 billion of capital needs at NYCHA developments and serves as a typical example of the sort of "bad arithmetic" that pervades current public housing policy (e.g. $6 billion in capital needs $423 million in federal funds). However, this infusion of capital funds is a historic and substantial investment from the federal government. This investment was intended to not only help improve living conditions within public housing, but also to provide employment opportunities for its residents. There are strict time limits on the use of Recovery Act funds, 60 percent of the funds allocated to NYCHA must be expended by March 17 of 2011. The remaining 40 percent of Recovery Act funds must be expended by March 17of 2012. These time limits underscore the need for the effective use of these funds to create jobs and to make necessary capital improvements to public housing. This report presents the findings of a community audit that looks at whether or not residents received a significant number of the jobs that were created by these funds. 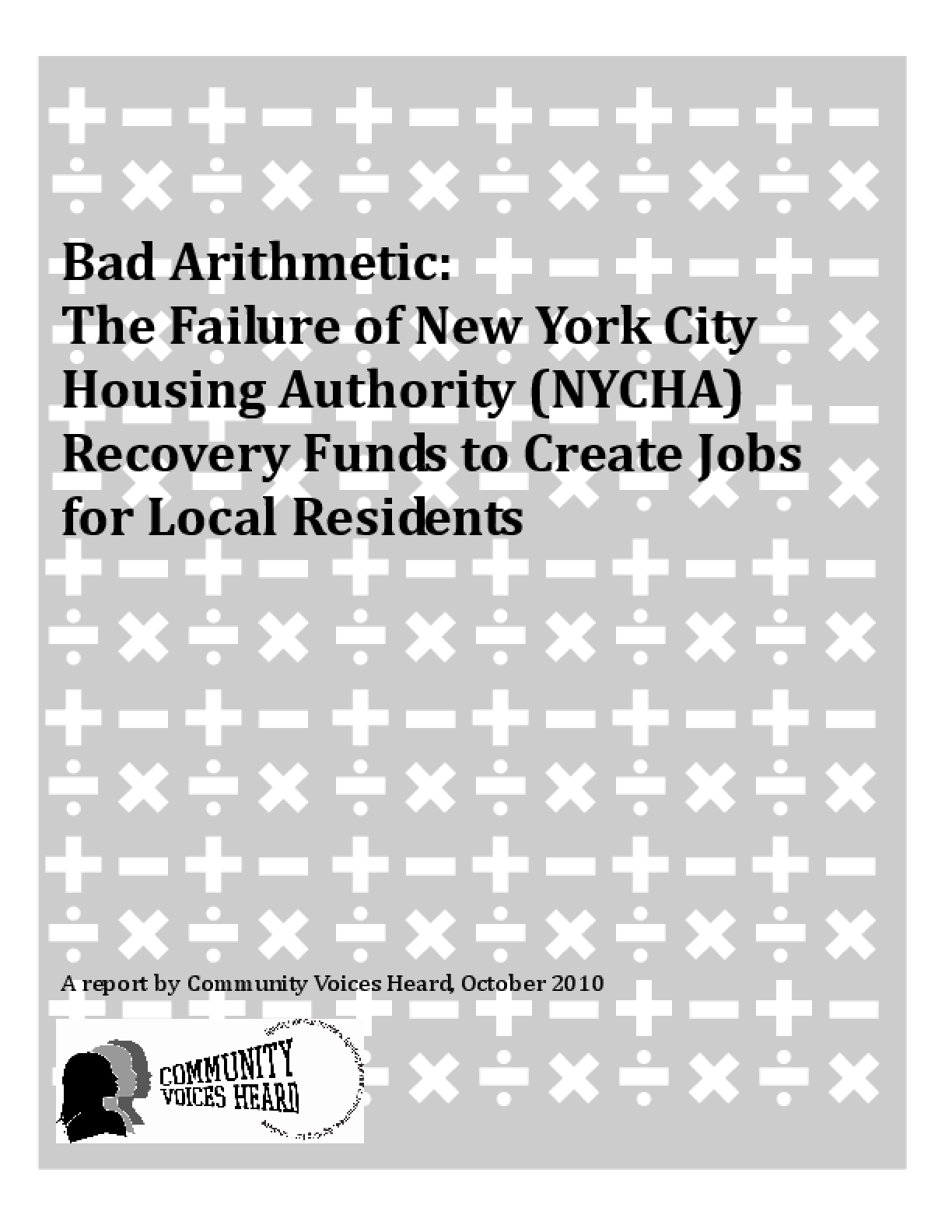