Balance-of-Powers Arguments, the Structural Constitution, and the Problem of Executive "Underenforcement"

by Richard A. Epstein

The central metaphor in judicial opinions that addresses a clash between the Executive and Congress is the balance of power: the idea that neither branch should be powerful enough to dominate the other. In American constitutional law, the metaphor originates from Madison's theory that governments should be divided into three branches—executive, legislative, and judicial—which must always remain in balance. Although Madison meant all three types of power must not be held by one branch and did not suggest the modern idea that incremental shifts in the balance of power could be unconstitutional, Madison's idea is frequently interpreted today to mean that a particular balance must always be maintained and that it is the courts' duty to maintain it. But what do courts do when they maintain the balance of power between the Executive and Congress? What does this metaphor mean? The idea, which at first glance seems geometrically precise, is elusive under close inspection. Power is famously difficult to define. It is even harder to quantify or assign "weight" to. Does balance of power mean that Congress and the President possess the same amount of power? Or merely that both branches play a role in determining policy outcomes (or some policy outcomes)? Or just that one branch can prevent the other from engaging in abuses (or certain abuses)? Or just that efforts by one branch to implement policy will be systematically questioned, criticized, or opposed by the other? A historical perspective shows just how difficult it is to answer these questions. Scholars agree that the Executive is immensely more powerful today than it was at the Founding and has concentrated power at the expense of the judiciary and Congress. Does that mean that the distribution of power among the branches is "unbalanced," and that courts must try to correct it by withdrawing power from the Executive? 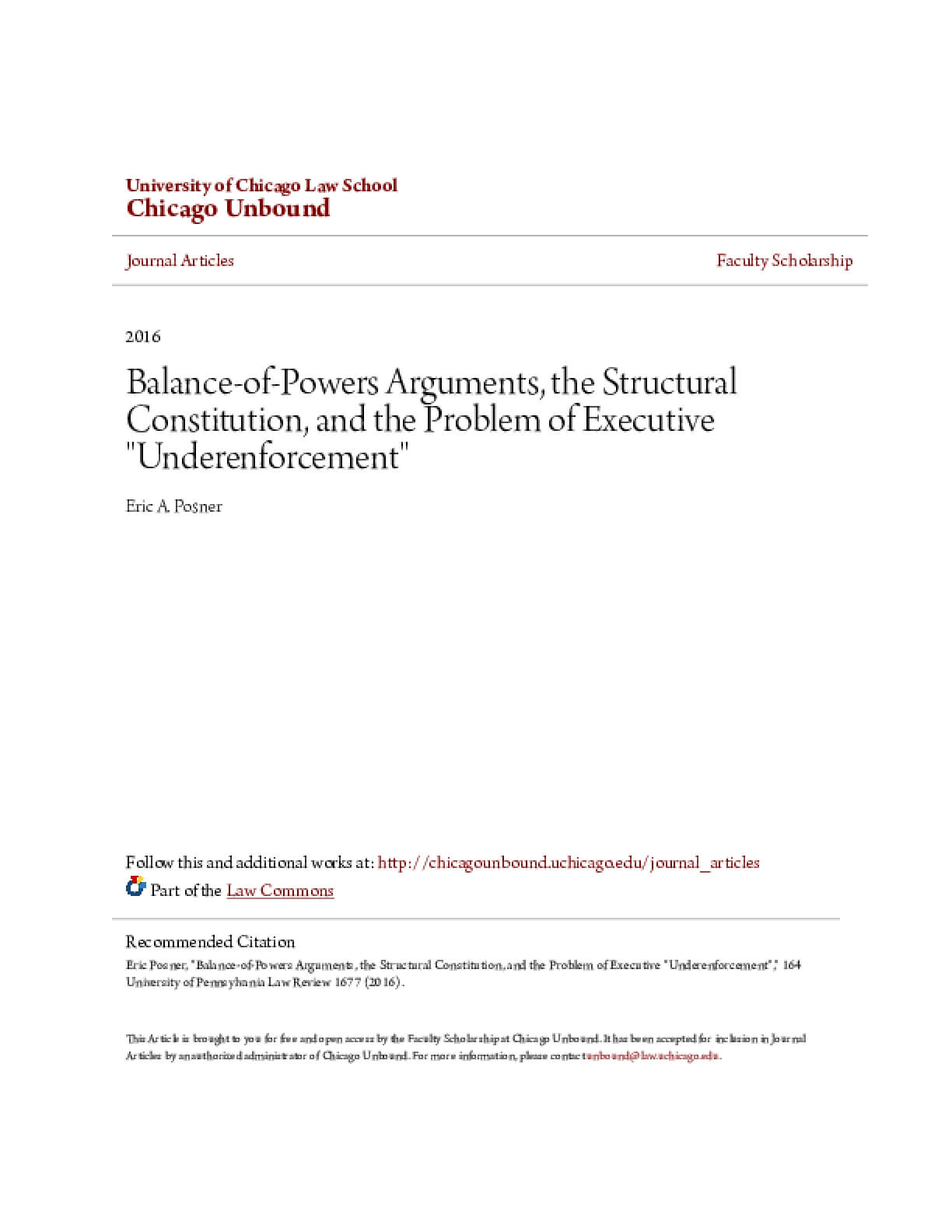