Americans deserve elected officials who fairly represent them and fight for their interests, but too often they lose out to wealthy special interests who can make large campaign contributions to lawmakers. State leaders should fight for strong, clear anti-corruption solutions, including a policy that bars state lawmakers from accepting contributions from special interests with business before the legislative committees on which they sit. Voters overwhelmingly support breaking the link between committee membership and fundraising. 88 percent of voters—including 86 percent of Trump voters—said that they favor barring congressional committee members from raising money from corporations or special interests that fall under the jurisdiction of their committees. 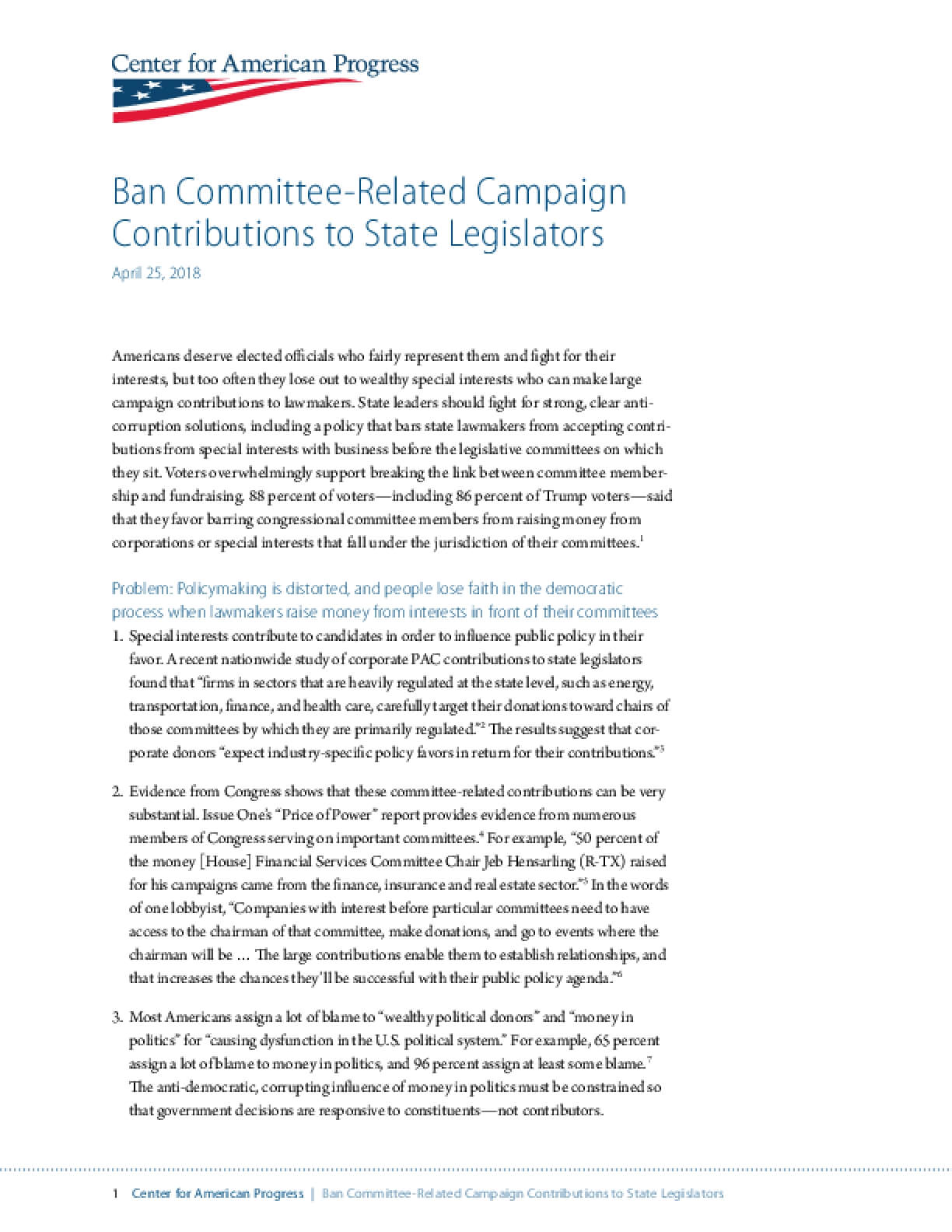