Bankrollers: Lobbyists' Payments to the Lawmakers they Court, 1998-2006

Lobbyists and their political action committees (PACs) have contributed at least $103.1 million to members of Congress since 1998. This report is the first comprehensive effort to match names of lobbyists with Federal Election Commission campaign contribution data. The result provides details about the biggest lobbyist contributors and congressional recipients of campaign largesse and furnishes a contribution total nearly double the previous estimate. The report details the amounts given to members of Congress since 1998 by the 50 biggest lobbyist money-givers. Twenty-seven percent of lobbyists have contributed an amount to lawmakers large enough to be recognized by the Federal Election Commission ($200 or more), and a select 6.1 percent of lobbyists have contributed at least $10,000 -- totaling 83.4 percent of all lobbyist contributions. Many of the top recipients of congressional campaign money are on appropriations committees that dole out federal money. The report also records the rise of contributions by lobbyists from $17.8 million in the 2000 election cycle to $33.9 million in the 2004 cycle -- a 90.3 percent increase. In the 2006 election, lobbyists and their PACs are already on track to give about 10 percent more than in the previous cycle, not accounting for the expected increase in contributions as Election Day draws nearer. Profiling the 10 lobbyists who have given the most to members of Congress since 1998, the report also provides behind-the-scenes glimpses of some of the most egregious policy-making fiascos in recent years. One prime example is Kenneth Kies, who served as the chief of staff of the Congressional Joint Committee on Taxation from 1995 to 1998 and who, along with his wife Kathleen, is the study's fifth-highest lobbyist-contributor to Congress with $292,866 since 1998. 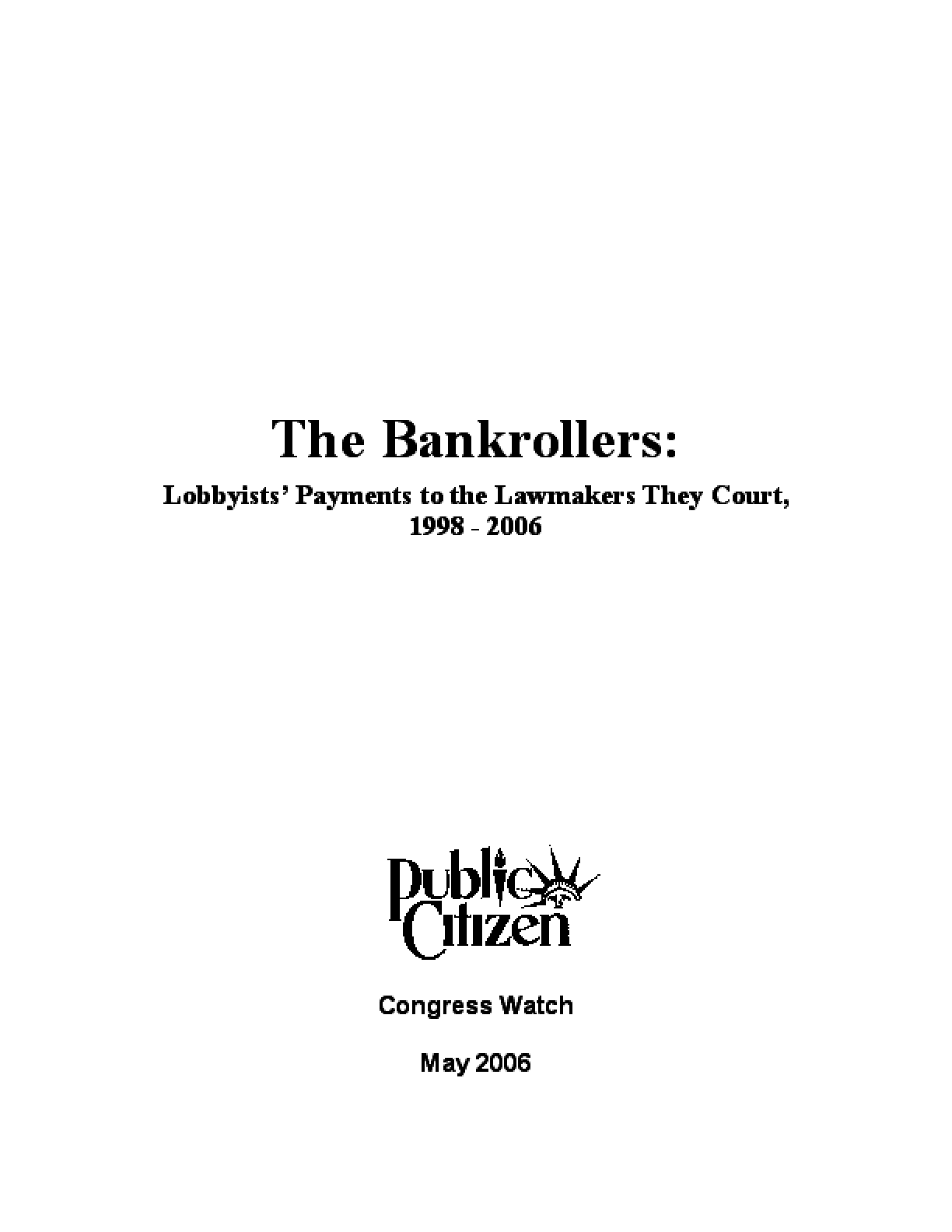