Baseline Survey Report: Amplifying the Voices of Girls and Young Women in Governance

The Amplifying the Voices of Girls and Young Women in Governance project is a ten month African Women's Development Fund (AWDF) funded initiative that is implemented by Regional Network of the Children and Young People Trust (RNCYPT). The project began in December 2015, and the baseline study was conducted in January-February 2016, by means of Questionnaire and focus groups discussions; and covered targeted project areas that are Chinhoyi, Chitungwiza, Kadoma, Mvurwi and Raffingora. 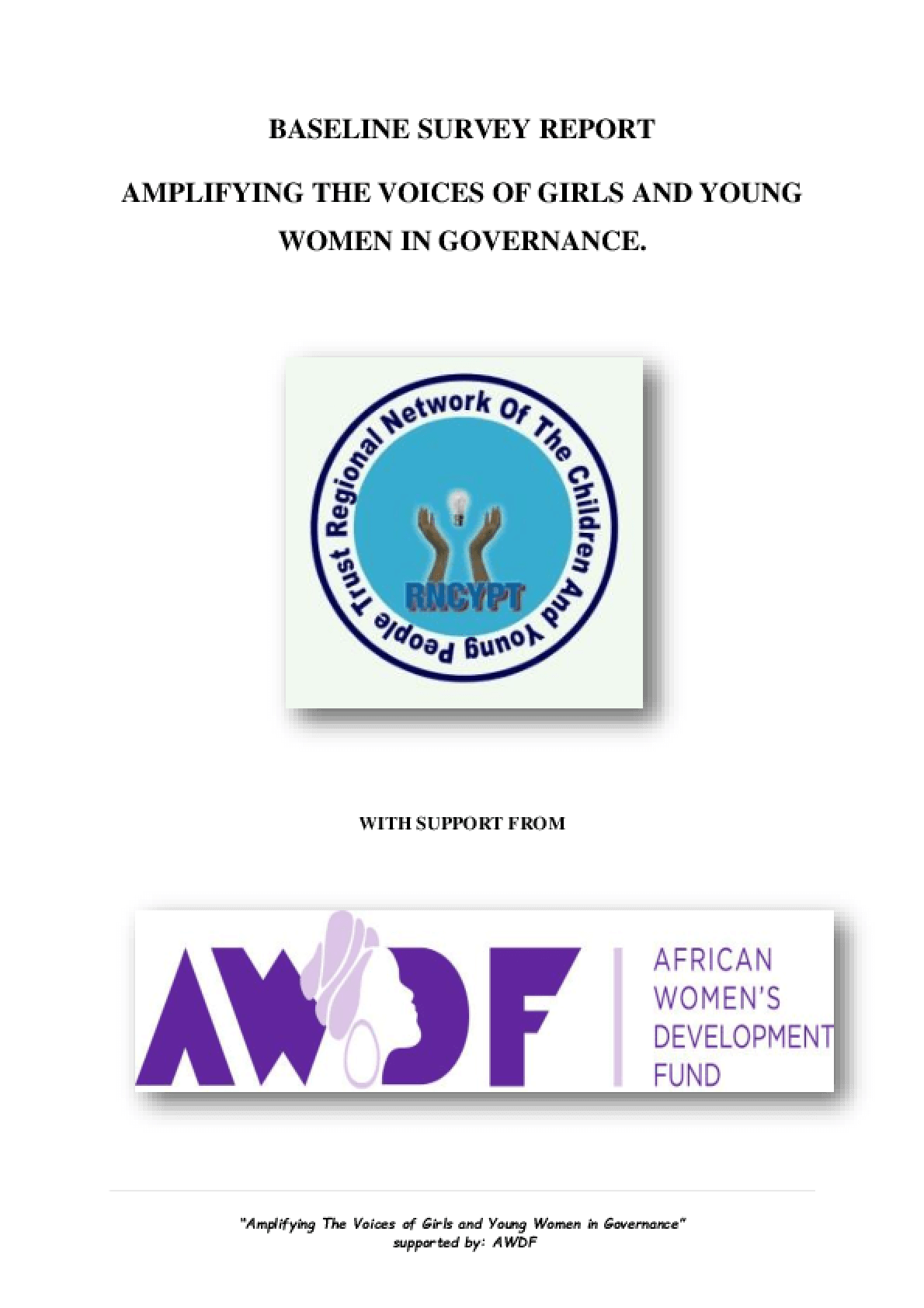