Among all children under 18 years in the U.S., 41 percent live in low-income families and 19 percent—approximately one in five—are poor. This means that children are overrepresented among our nation's poor; they represent 23 percent of the population but comprise 32 percent of all people in poverty. Many more children live in families with incomes just above the poverty threshold. Young children—those under age 9 years—appear to be particularly vulnerable, with 44 percent living in low-income families, including 21 percent living in poor families. Being a child in a low-income or poor family does not happen by chance. Parental education and employment, race/ethnicity, and other factors are associated with children's experience of economic insecurity. This fact sheet describes the demographic, socioeconomic, and geographic characteristics of young children and their parents. It highlights important factors that appear to distinguish low-income and poor young children from their less disadvantaged counterparts. 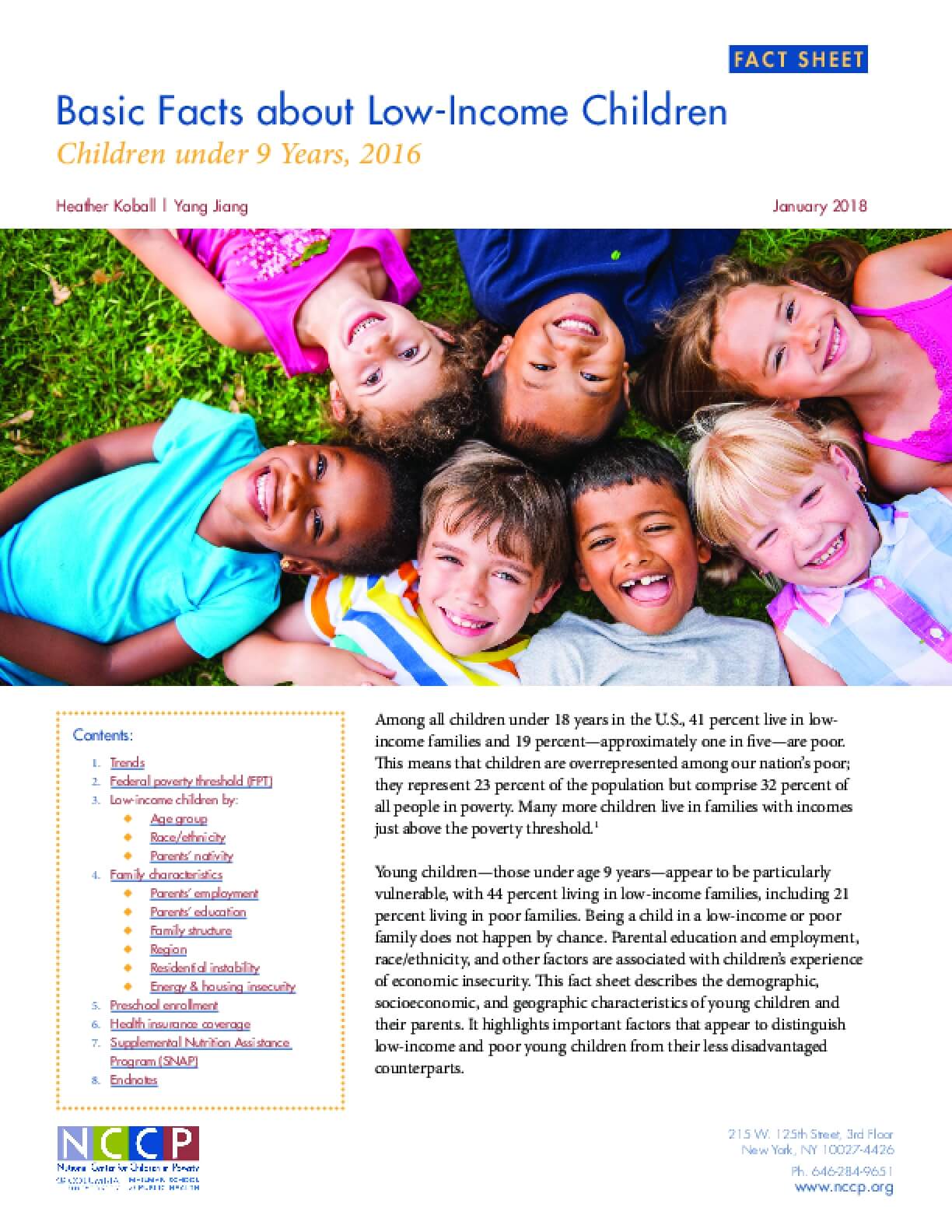