Sexual assault and harassment are serious problems in the United States armed forces that threaten the strength, readiness, and morale of the military, undermine national security, and have devastating personal effects on survivors and their families. Less well known is the second battle that many veterans who survive sexual violence must fight with the U.S. Department of Veterans Affairs (VA) when they return to civilian life. The process of obtaining VA disability benefits for the enduring mental health effects of military sexual trauma (MST) is an unfair fight in which veterans are often unsuccessful. They face a broken bureaucracy, with protracted delays and inaccurate adjudications. And based on records that VA has withheld until now, it is clear that veterans who survive in-service sexual trauma also face discrimination in seeking compensation. This report presents the first opportunity for veterans, policy-makers, and the public to examine in detail the experiences of MST survivors as they seek compensation from VA. It is based on data provided by VA in settlement of two Freedom of Information Act lawsuits. The lawsuits were brought by the Service Women's Action Network, ACLU Women's Rights Project, and the ACLU of Connecticut, with the Veterans Legal Services Clinic at Yale Law School serving as lead counsel. As a result of these settlements, VA handed over never-before-released data on mental health disability benefit claims filed by veterans suffering from the aftermath of rape, sexual assault, and sexual harassment. These data offer a close look at the enduring health consequences and bureaucratic battles that survivors of in-service3 sexual trauma face as they transition back to civilian life. Notably, the data reveal that VA has granted disability claims for Post-Traumatic Stress Disorder (PTSD) caused by in-service sexual trauma at significantly lower rates than it has granted claims for PTSD arising from other causes. Moreover, the data also reveal dramatic variation among VA regional offices in the treatment of MST-related mental health claims and disparate treatment by gender. 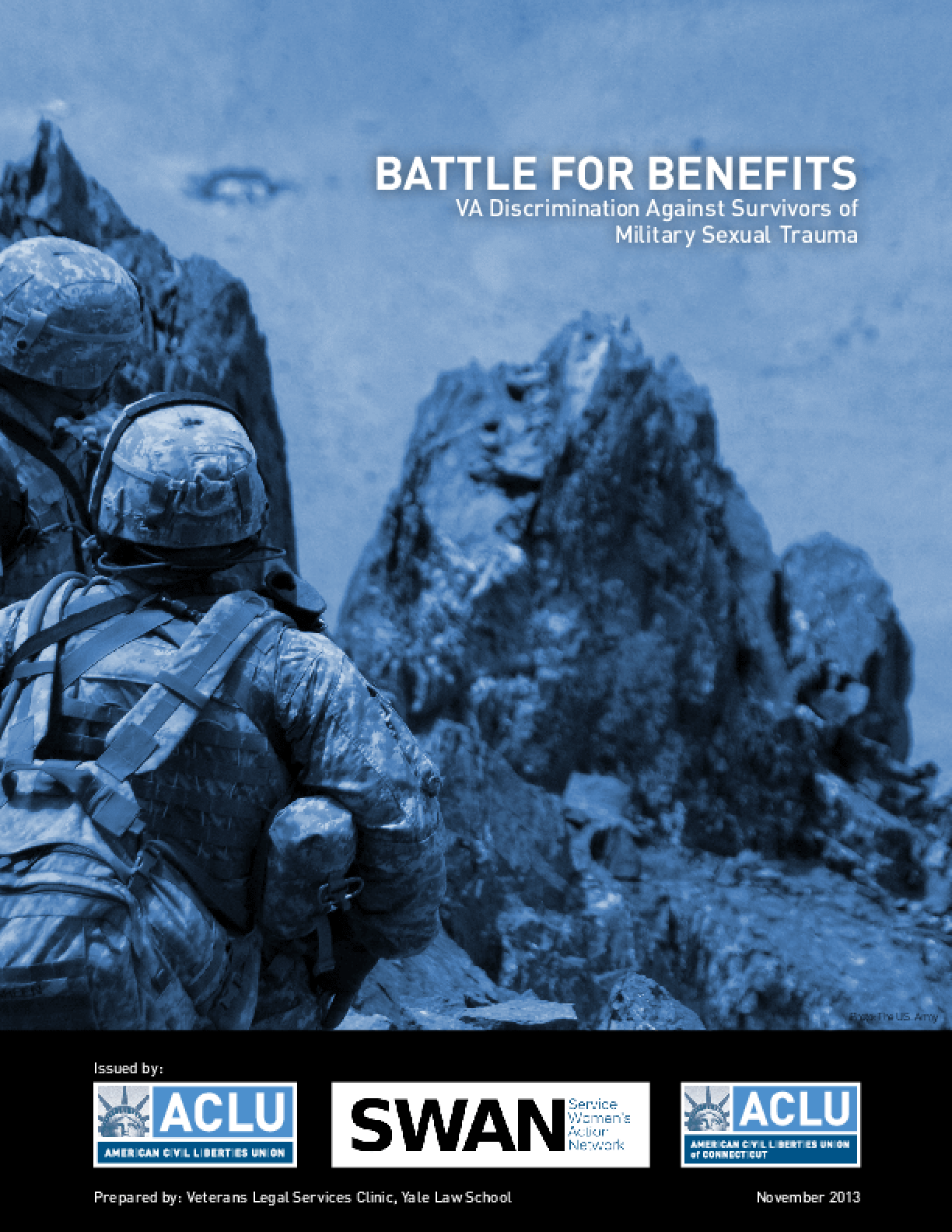