California is home to the largest population of seniors in the country; in 2013, 4.8 million Californians, nearly 13% of the state's population, were age 65 and older. Due to the aging of the baby boomer generation and gains in life expectancy, California's senior population is projected to more than double to over 10 million people in 2040. And the population age 85 and older is projected to nearly triple to 1.7 million residents in this same period. This unprecedented growth in the senior population is expected to have a significant impact on the state's health care system, as seniors use health care services at much higher rates than those under age 65. This report examines the growth in California's senior population and potential impacts on acute care hospitals, skilled nursing facilities, home health providers, and residential care facilities. 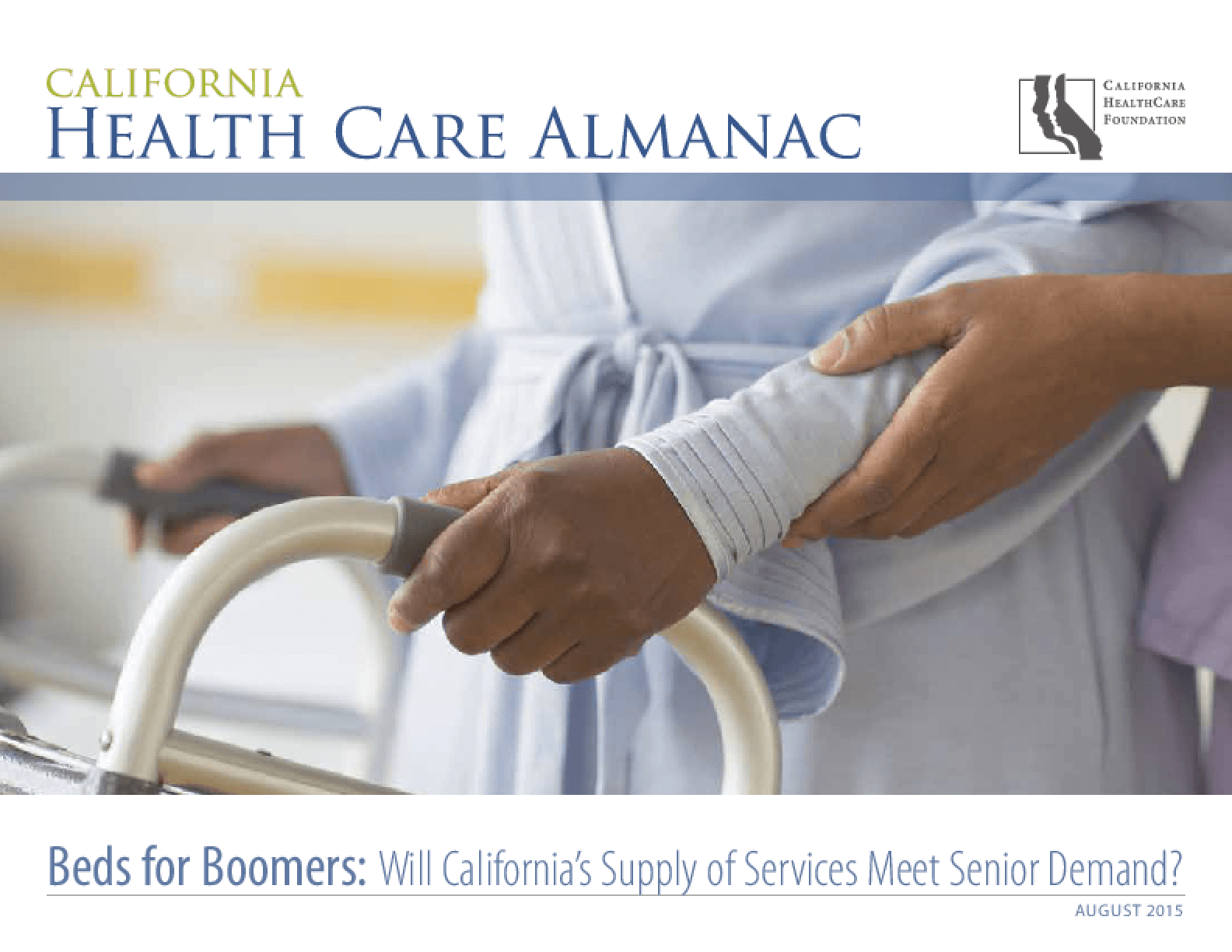