Behind Closed Doors: Abuse and Retaliation Against Hunger Strikers in U.S. Immigration Detention

The decision to begin a hunger strike in immigration detention is not taken lightly. A detained person's refusal to eat may be the last option available to voice complaint, after all other methods of petition have failed. Detained and imprisoned people worldwide have engaged in hunger strikes to plead for humane conditions of confinement or release from captivity and to bring attention to broader calls for justice.

People may be locked up for many months — even years — as they await final adjudication of their cases or deportation. Trapped in a system marked by mistreatment and abuse, medical neglect, and the denial of due process, hundreds of people in immigration detention engage in hunger strikes as a means of protest each year. ICE's failure to provide safe and humane conditions in detention during the COVID-19 pandemic has only raised the stakes for detained people. Although some detained people, on occasion, are able to bring outside attention to their hunger strikes, very little is known of ICE's systemic response to hunger striking detainees.

This report provides for the first time an in-depth, nationwide examination of what happens to people who engage in hunger strikes while detained by ICE. 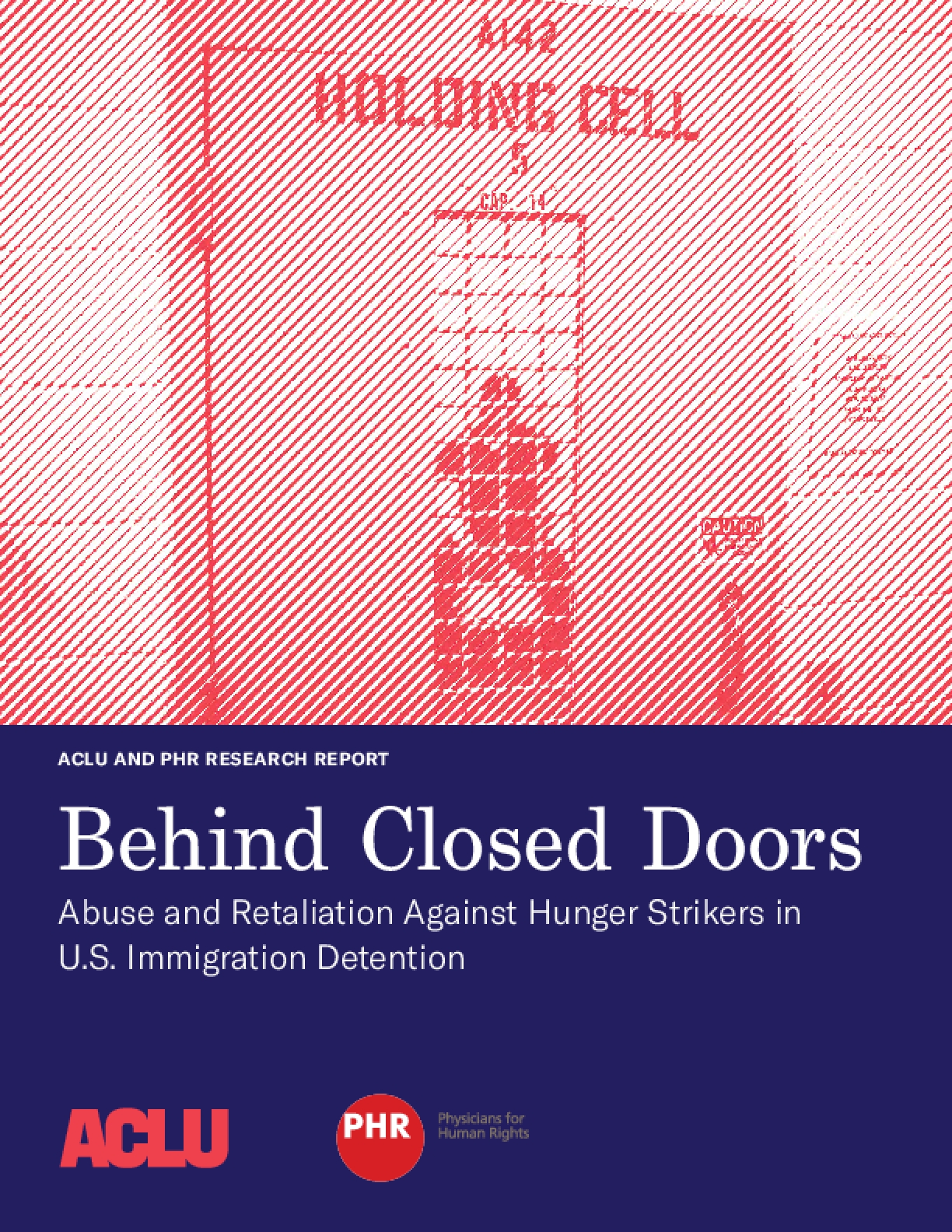