Behind Closed Doors: Child and Early Marriage as Slavery

The issue of child, early and forced marriage and its impact on health and education has been brought to the forefront of the international development agenda in recent years, largely due to the efforts of organisations such as Girls not Brides and UNICEF. Although both boys and girls fall victim to child, early and forced marriage, it should be noted that the vast majority of victims are female and the sexual and reproductive health issues arising from child and early marriage have an overwhelmingly disproportionate impact on girls. A 2003 comparison by Girls not Brides between the number of young women and young men aged 15-19 who were married revealed a ratio of 72 to 1 in Mali, 8 to 1 in the United States and 6 to 1 in El Salvador. With this paper, Anti-Slavery International argues that the UN should intensify efforts to combat situations of slavery and slavery-like practices arising from child and early marriage. To this end, the International Labour Organization (ILO) should include certain incidences of child and early marriage in its child labour estimates. This conclusion is based on the finding that incidences of child and early marriage can amount to slavery, forced labour and trafficking and as such come within the ILO's purview under ILO Convention 182. 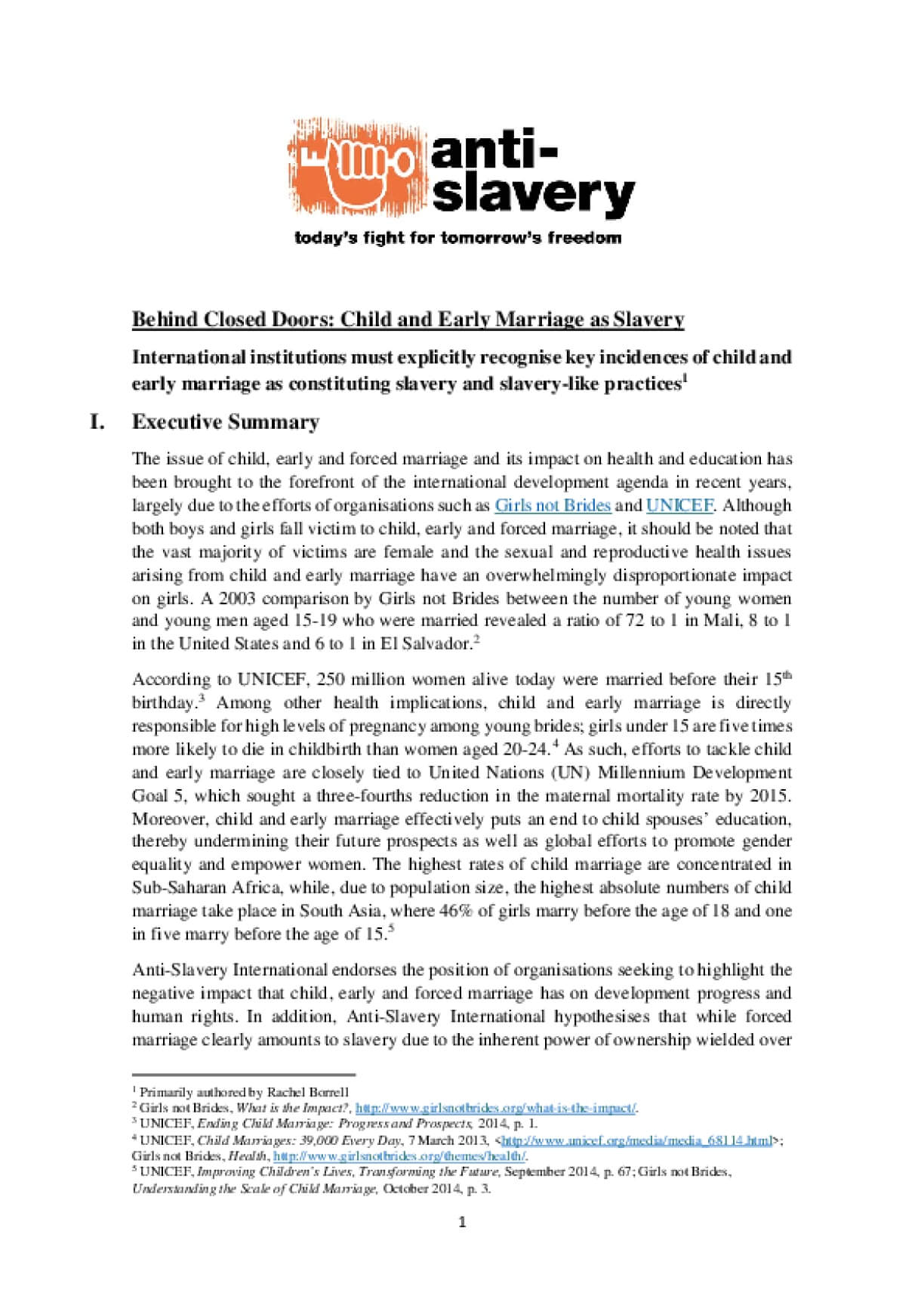