Behind the Badge: Amid Protests and Calls for Reform, How Police View Their Jobs, Key Issues and Recent Fatal Encounters Between Blacks and Police

Police work has always been hard. Today police say it is even harder. In a new Pew Research Center national surveyconducted by the National Police Research Platform, majorities of police officers say that recent high-profile fatalencounters between black citizens and police officers have made their jobs riskier, aggravated tensions between policeand blacks, and left many officers reluctant to fully carry out some of their duties.

The wide-ranging survey, one of the largest ever conducted with a nationally representative sample of police, draws on the attitudes and experiences of nearly 8,000 policemen and women from departments with at least 100 officers.1 It comes at a crisis point in America's relationship with the men and women who enforce its laws, precipitated by a series of deaths of black Americans during encounters with the police that have energized a vigorous national debate over police conduct and methods. 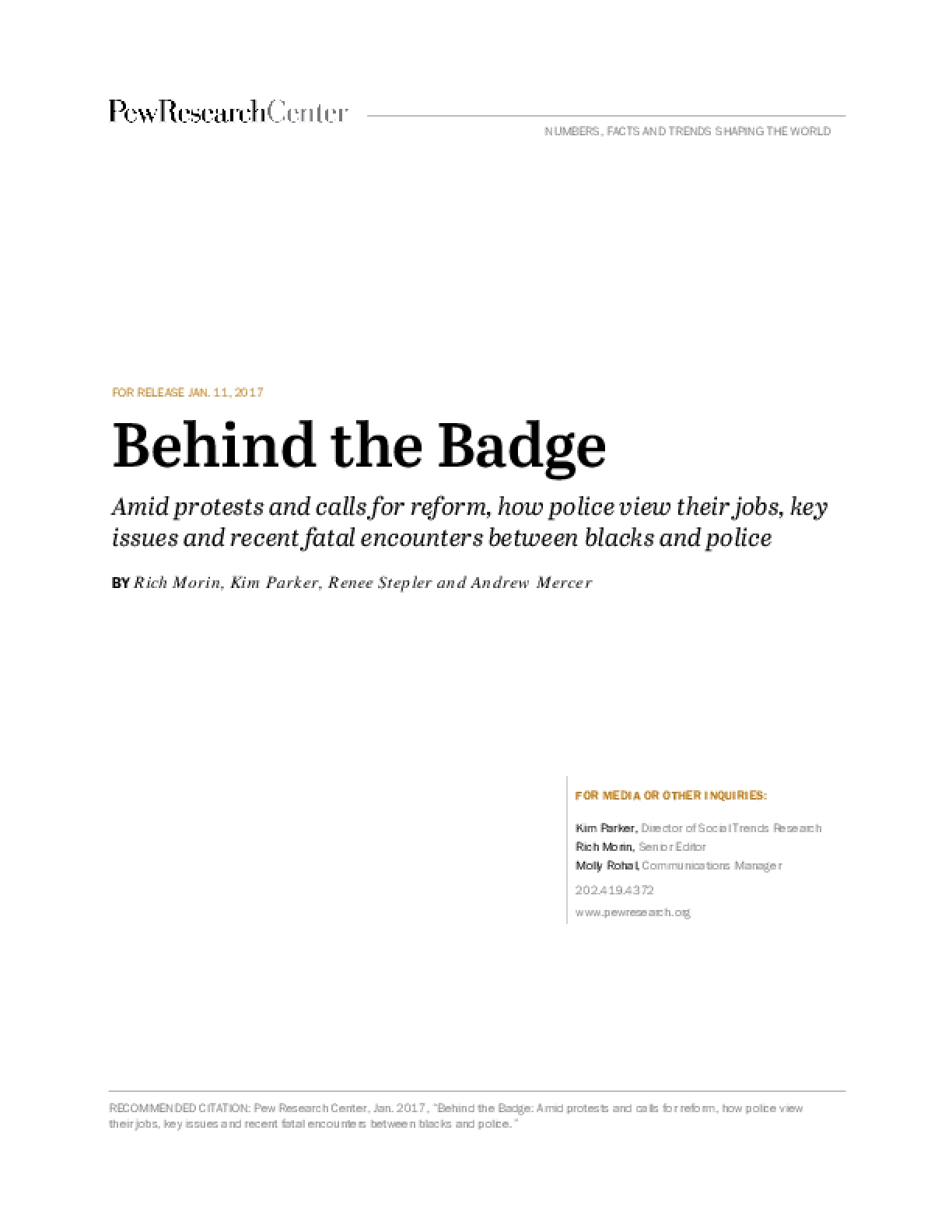