The 2015 Benchmarking report is the eleventh collaborative effort highlighting environmental performance and progress in the nation's electric power sector. The Benchmarking series uses publicly reported data to compare the emissions performance of the 100 largest power producers in the United States. The current report is based on 2013 generation and emissions data. The Benchmarking report facilitates the comparison of emissions performance by combining generation and fuel consumption data compiled by EIA with emissions data on sulfur dioxide (SO2), nitrogen oxides (NOx), carbon dioxide (CO2) and mercury compiled by EPA; error checking the data; and presenting emissions information for the nation's 100 largest power producers in a graphic format that aids in understanding and evaluating the data. The report is intended for a wide audience, including electric industry executives, environmental advocates, financial analysts, investors, journalists, power plant managers, and public policymakers. 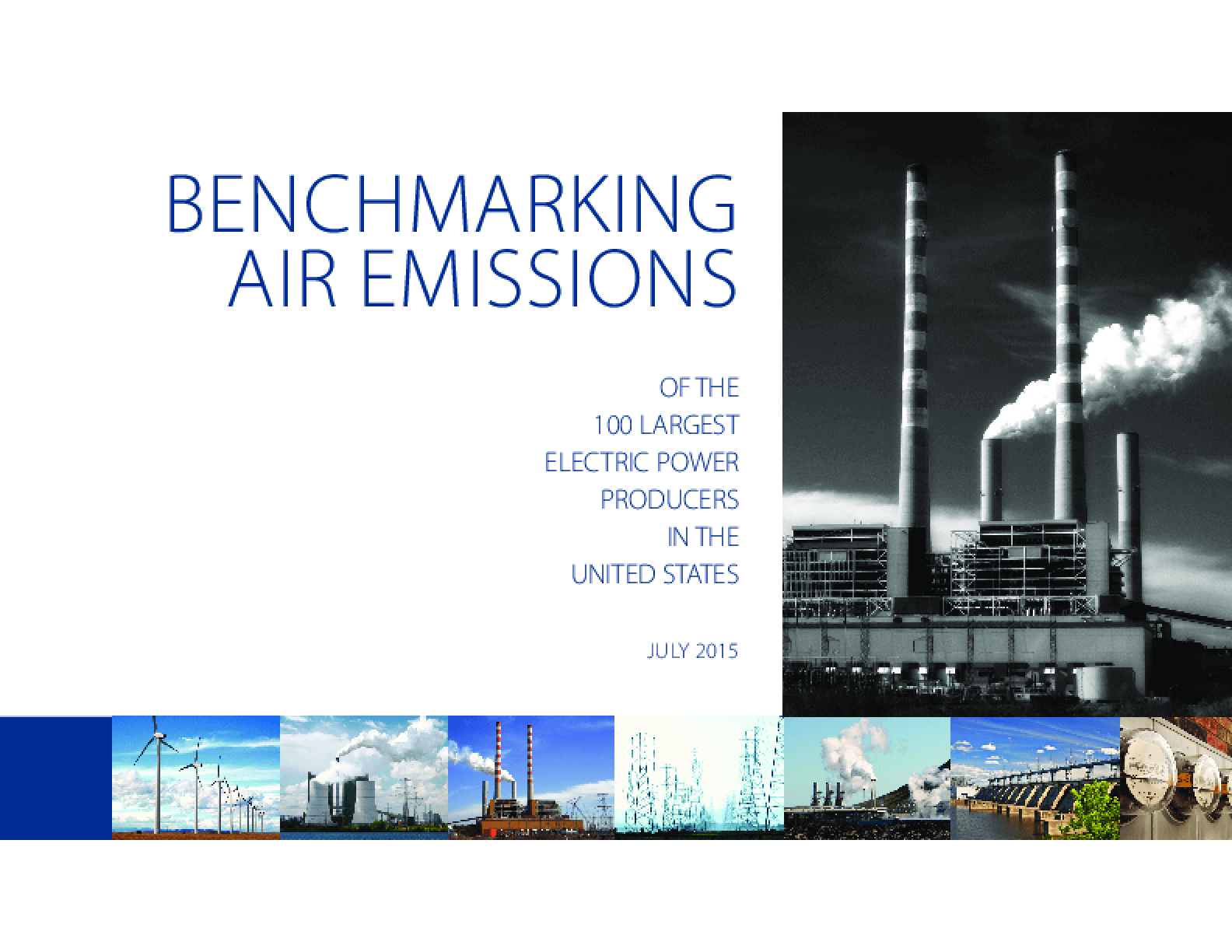