On April 2, 2008 Benchmarking Central Ohio 2008 was released at a forum at the Columbus Metropolitan Club. The report assesses how the 8-county Columbus metropolitan area is doing, in comparison to 15 other metro areas, using a panel of 60 diverse indicators. The indicators focus on four broad areas -- population vitality, economic strength, personal prosperity, and community well-being -- each of which describes a facet of the community that contributes to economic competitiveness. The research was commissioned by The Columbus Partnership, a CEO organization of 30 top business and community leaders in central Ohio whose mission is to improve the economy of central Ohio and be a catalyst for growth in the region. 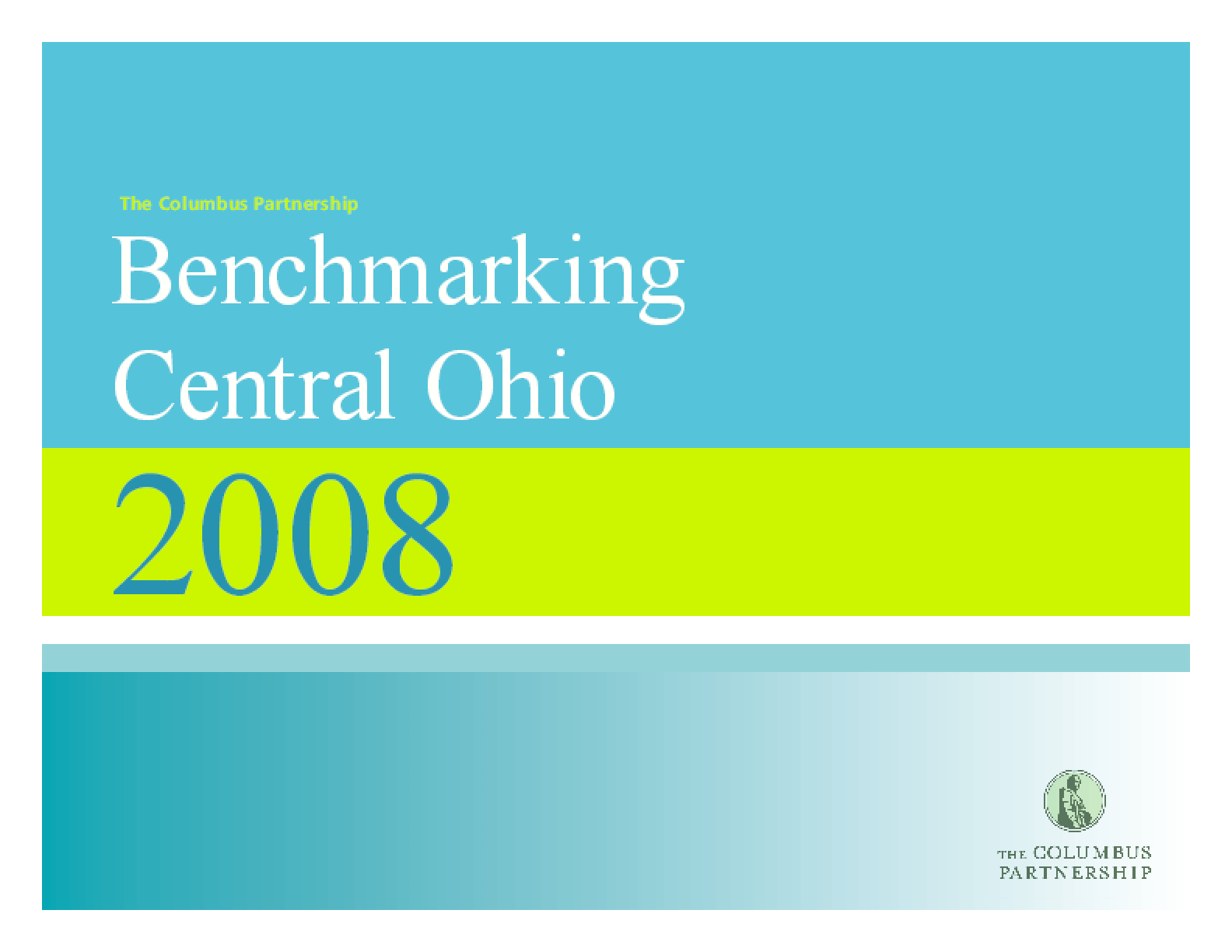