In the third year of the Benchmarking project, the 2009 report affirms or clarifies the baseline measurements of the first two years. This report provides the latest data available and continues to build the foundation for tracking trends in the future. As in 2008, a key objective for the 2009 report was to keep the content and format as stable as possible to allow comparisons with previous years' data and make use of the prior research and efforts involved in selecting comparison communities and indicators. However, the report also needed to incorporate comments on the 2008 report and suggestions for improvement. In November 2008, two Advisory Group meetings and follow-up communications generated feedback on the 2008 report and discussed enhancements for Benchmarking 2009. The group offered suggestions for potential new indicators and modifications of existing indicators. CRP considered these suggestions carefully in light of the standards set by the first edition of Benchmarking Central Ohio. The Indicator Groups: The indicators in Benchmarking Central Ohio are organized into four groups, each describing a facet of the community that contributes to economic competitiveness: 1. Population Vitality: indicators of population growth, racial and ethnic diversity, and age diversity 2. Economic Strength: indicators of business and employment growth, industry and occupation distribution, investment, productivity, and the workforce 3. Personal Prosperity: indicators of personal income, economic hardship, homeownership and housing affordability, and economic equity 4. Community Wellbeing: indicators of health, safety, civic participation, transportation, environmental quality, and leisure activities 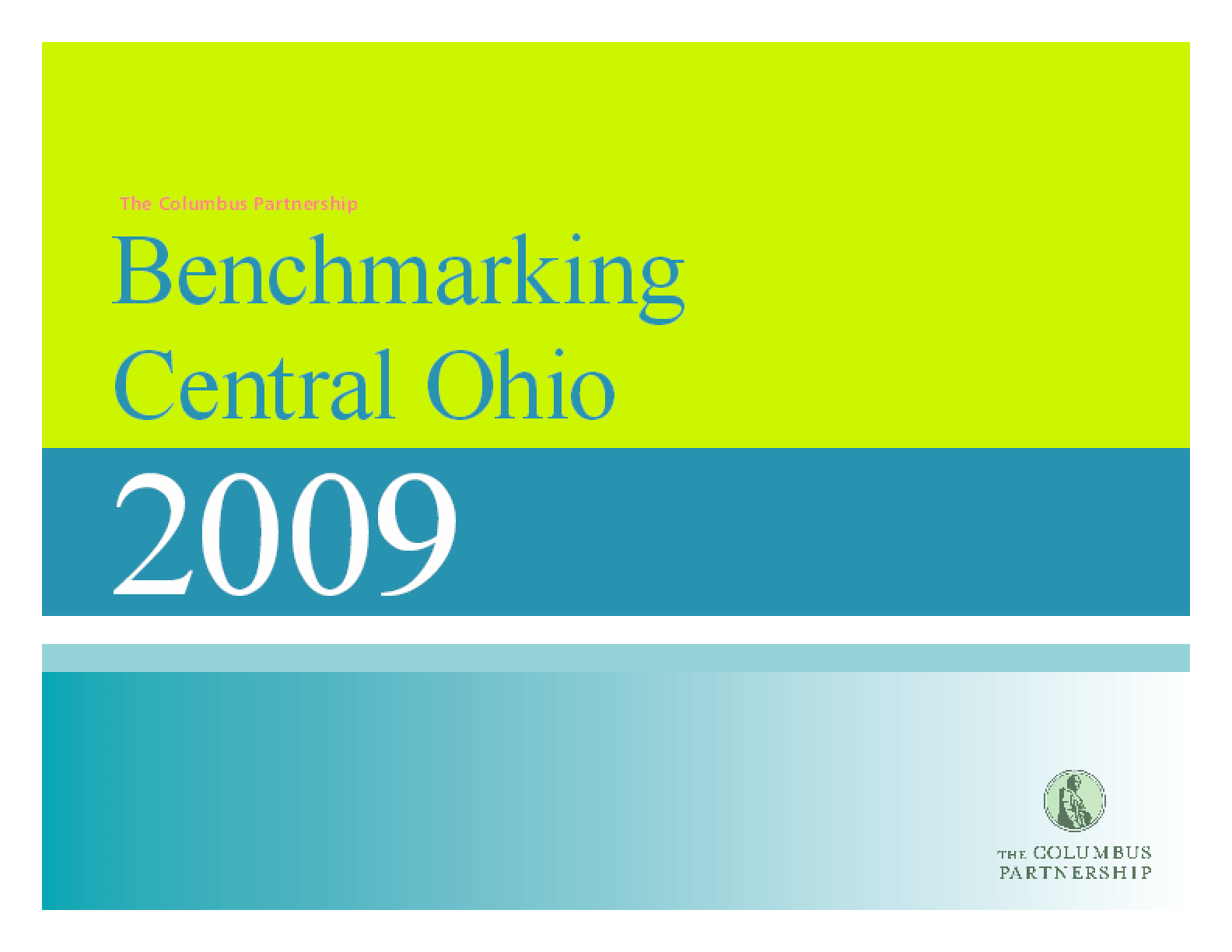