Benchmarking Central Ohio 2011 represents the fourth edition of the Benchmarking project, following upon previous reports released in March 2007, March 2008, and March 2009. Benchmarking is a process by which standardized, measurable indicators are used to track and assess how a community is doing in comparison to other communities across the state or nation. The report shows a mixed picture of the Columbus metro area, which ranks high in many economic and education indicators, but low in key indicators of personal prosperity and health. The report compares Central Ohio with 15 other metropolitan regions on 76 indicators in five broad areas: population vitality, economic strength, personal prosperity, community wellbeing, and lifelong learning. The 2011 report includes 18 new indicators and a companion spreadsheet with data for the 100 largest metro areas. 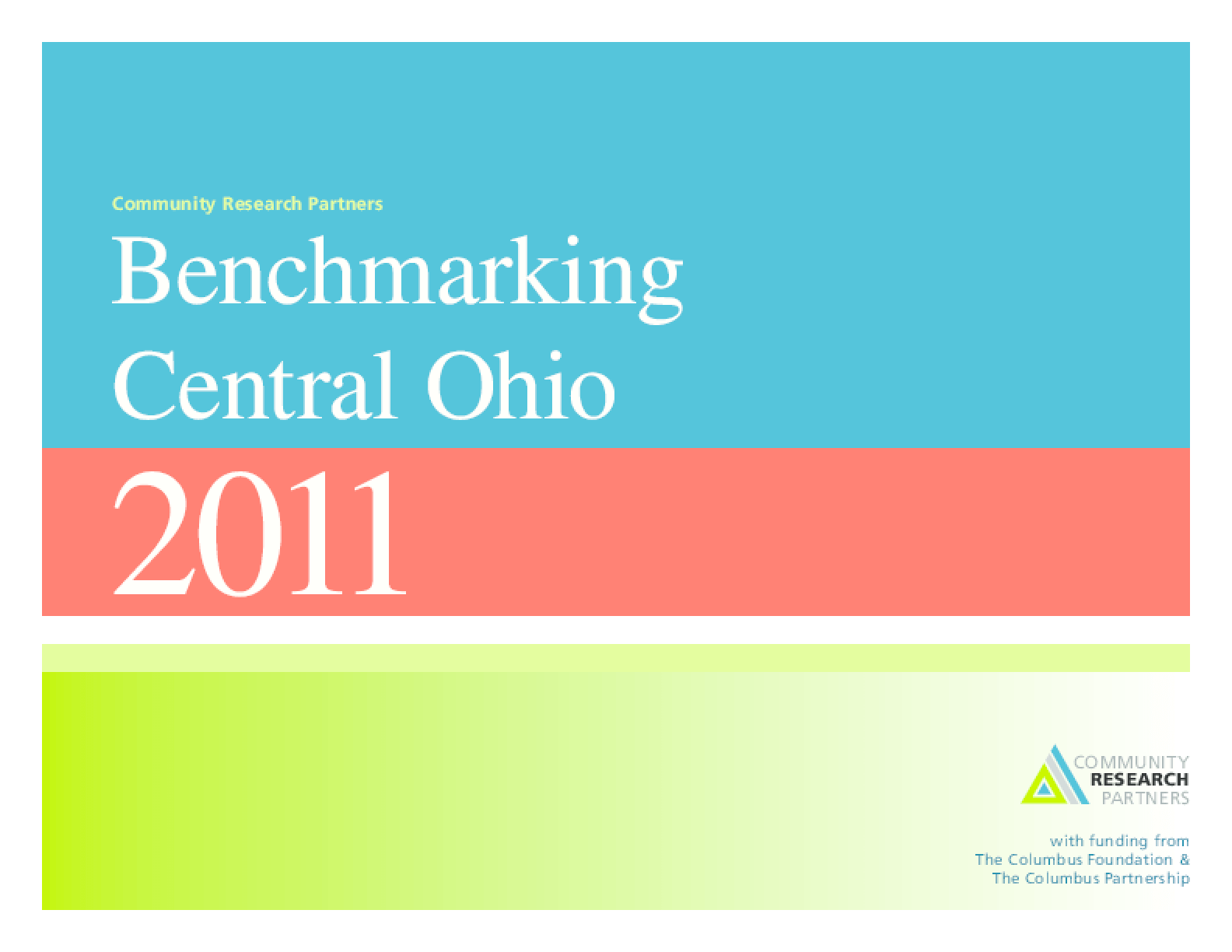