This reportexplores how variations in foundations' characteristics, activities, and giving levels influence charitable (program-related) administrative expense levels for a sample of nearly 1,200 of the approximately 1,900 largest independent foundations between 2007 and 2009 (see "Sampling Information"). It updates a more detailed study of the largest foundations' 2004-2006 expenses. Since these organizations account for the bulk of foundation resources and spending, they are of paramount interest to policymakers, watchdog organizations, and foundation leaders concerned with self-regulation and developing standards. Like the previous report, this update builds on the foundations of a broader study of 2001-2003 expenses. This study's goals are to inform policy debates and foundation practices by documenting program-related administrative expenses and assessing the factors that drive these expenditures over time. By extending the research timeframe closer to the present, this study sheds light on expense levels and practices during the recent economic crisis. It confirms that expense patterns of large independent foundations that were clear and consistent in mid-decade -- when markets and asset levels were steadily rising -- remained mainly consistent in 2007-2009, despite the crash of financial markets and a deep slump in the economy and in foundation resources (see Foundation Finances and the Economic Crisis: A Different Perspective on page 6). Such consistency validates the importance of considering a foundation's operating characteristics when assessing its expenditures. 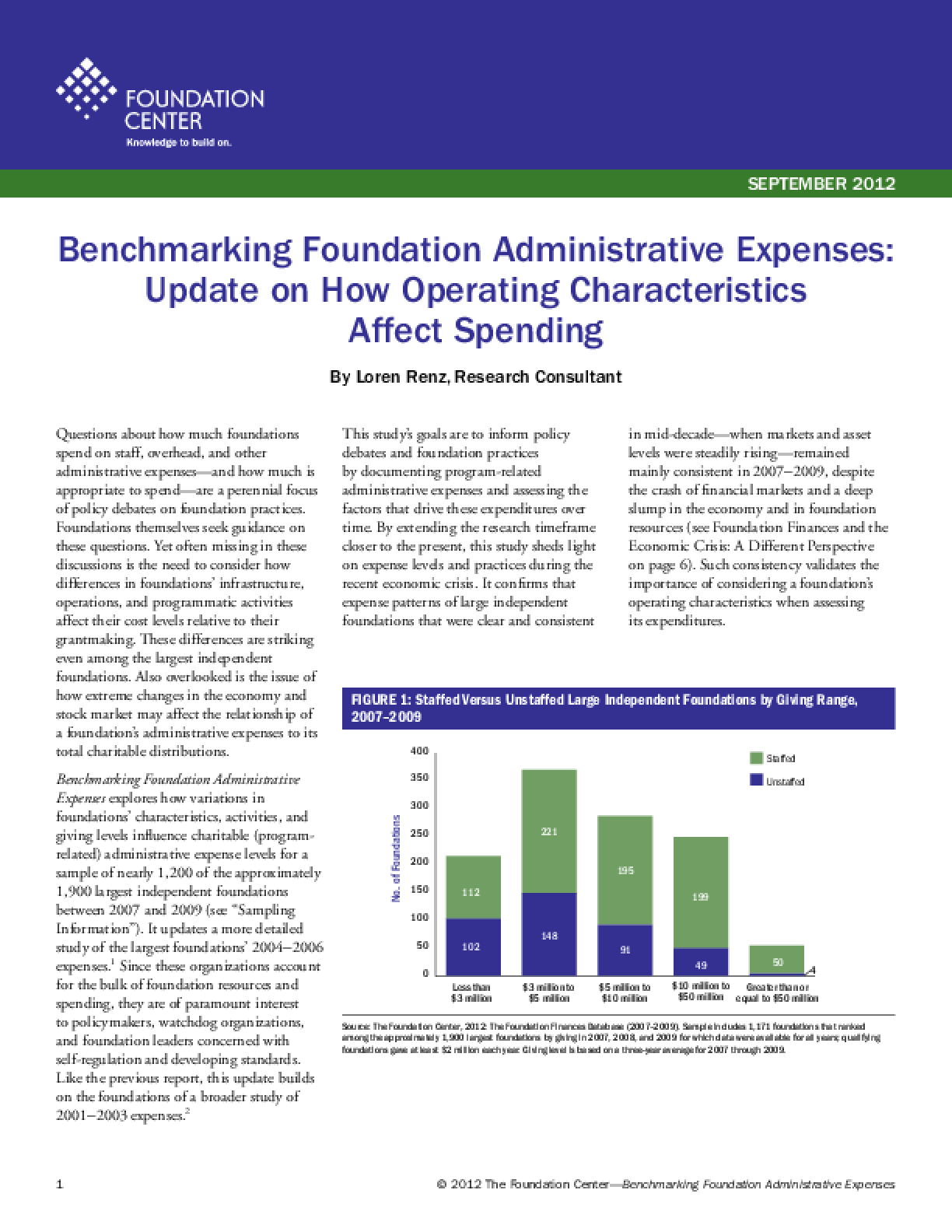