Benefits of Becoming a Party to the Port State Measures Agreement

Illegal, unreported, and unregulated (IUU) fishing contributes to overexploitation of fisheries, harms the recovery of fish populations, and causes large financial losses, especially for coastal developing countries with economies heavily reliant on fishing. Illicit fishing operations also are often linked to other crimes, such as tax evasion, money laundering, smuggling, and violation of labour standards, each of which takes an additional toll. The Port State Measures Agreement (PSMA) is a cost-effective tool to combat IUU fishing. Port inspections are less expensive and safer than monitoring, pursuing, and inspecting vessels at sea. At the same time, inspections reduce the incentives for this illicit fishing because they make it more difficult to sell illegally caught fish. As more nations agree to abide by the treaty and harmonise their port State measures, IUU fishing will no longer be a lowrisk, high-reward business but a high-risk, low-reward enterprise. This is the FAO's ultimate goal for the PSMA. Becoming a party to this international agreement and implementing effective port State measures involves costs, but there are numerous direct and indirect economic benefits as well. At the core of the PSMA is the principle of cooperation; the benefits to individual nations will increase as more States join. Nations have had to make policy changes to implement PSMA requirements, but a review of what has been done so far by States that have ratified the agreement shows clear advantages as well. As the number of ratifications increases regionally and among neighbouring States, the effectiveness and impact of the PSMA will grow. 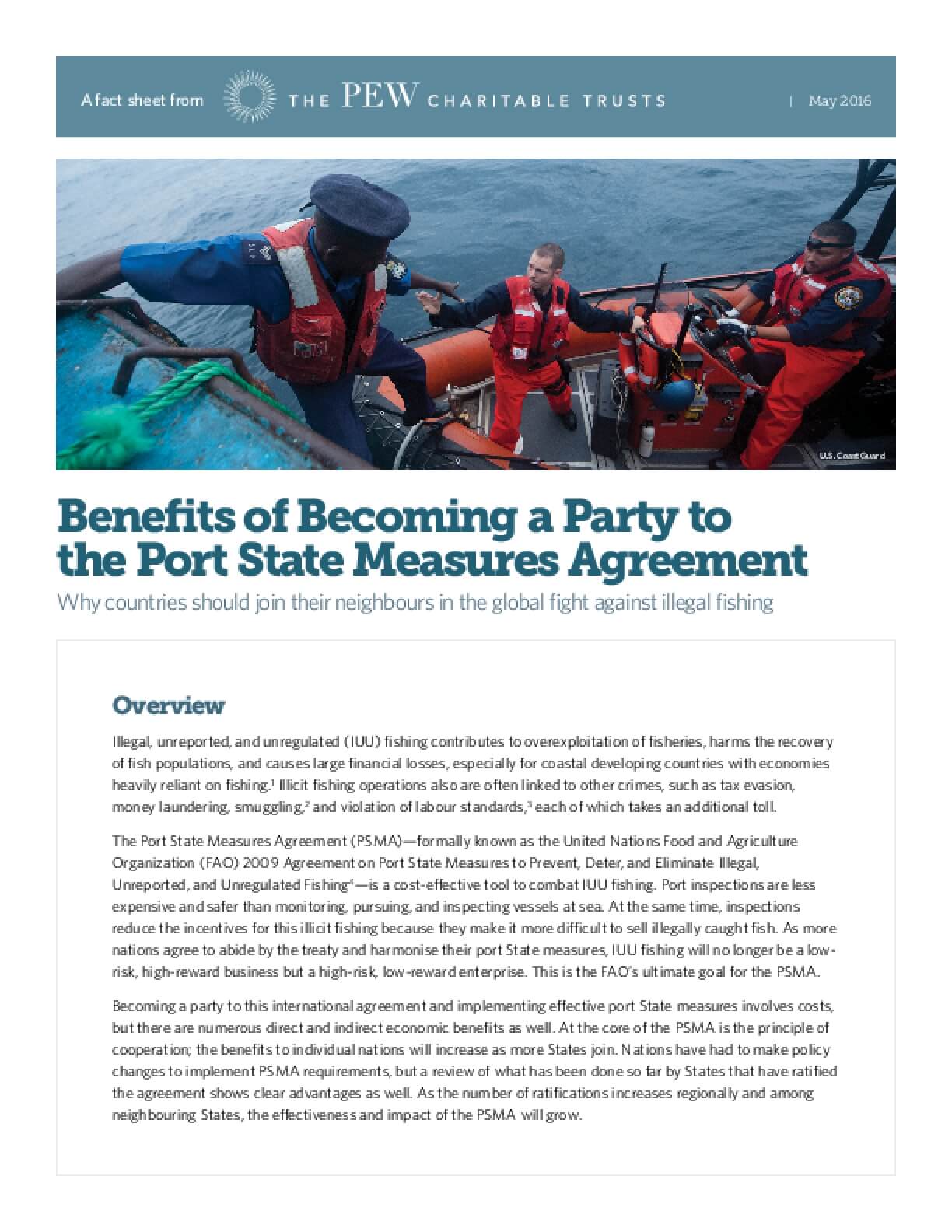